FOX43 Finds Out: What do these COVID-19 lawsuits mean for Pennsylvanians?

These lawsuits against COVID-19 restrictions are making headlines, but what do they really mean for the average Pennsylvanian? FOX43 Finds Out. 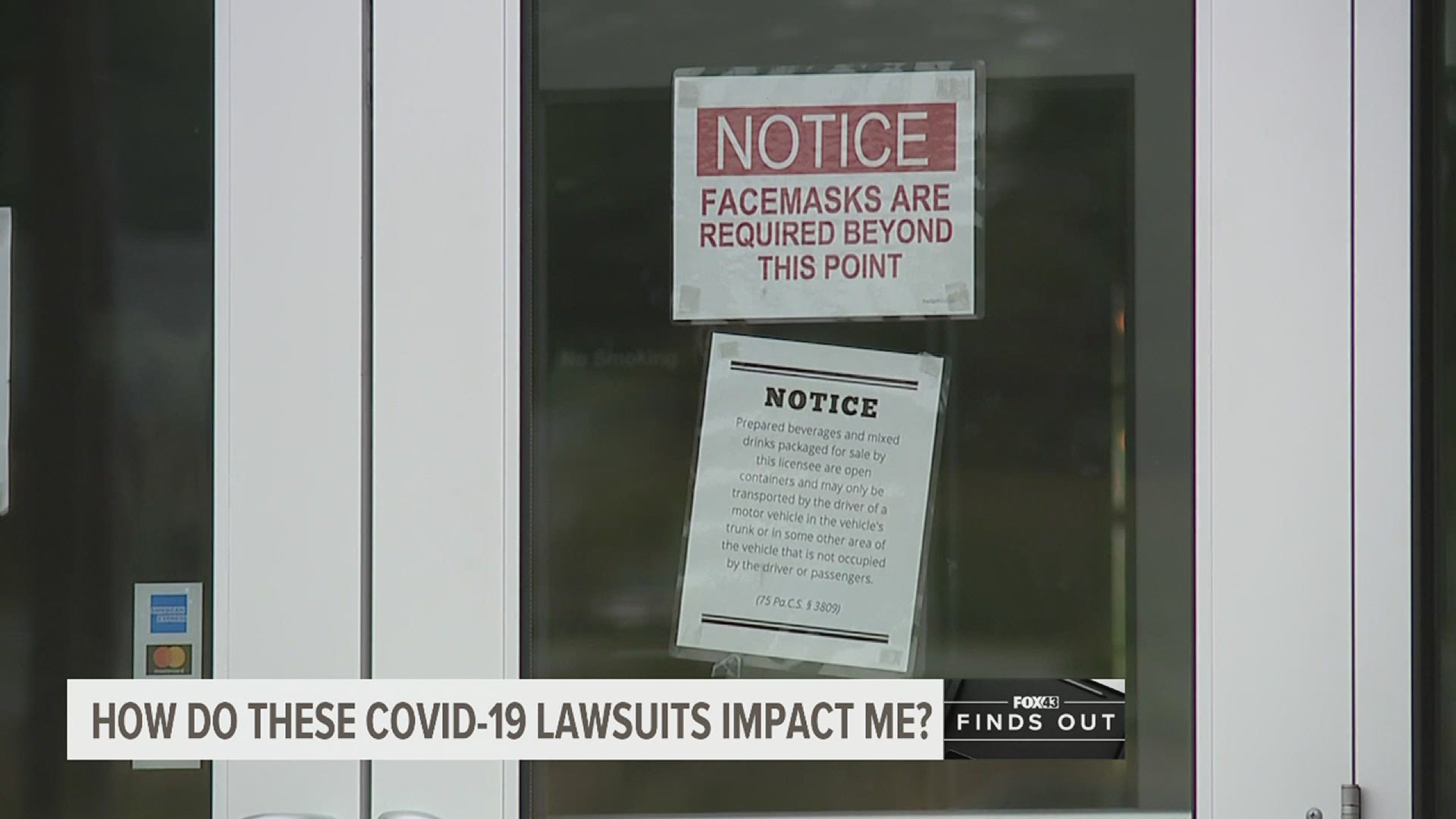 HARRISBURG, Pa. — A federal judge in western Pennsylvania has denied a motion from Governor Tom Wolf to stay a ruling against some of the state's COVID-19 policies.

The governor is appealing that judge's previous ruling that some of the state's mitigation efforts are unconstitutional.

Basically, Wolf wanted all of his previous rules to still be in effect as the case counties through the court system, but that didn't happen.

So what exactly does that mean for Pennsylvanians like you and me?

Can we go to our kids' sporting events? Can we go see a concert with hundreds of other people?

Crowds, concerts, and life before COVID-19. Remember that?

It's been almost 7 months since the pandemic hit Pennsylvania and since then it's been a game of what we can do and what we can't.

Scott Cooper, an attorney in Harrisburg, said "There is a lot of uncertainty."

He believes Pennsylvanians shouldn't just be paying attention to the federal judges ruling in western PA that found some of Governor Tom Wolf's COVID-19 orders to be unconstitutional.

Because there was a similar case brought to a federal judge in Philadelphia.

And that judge dismissed it, ruling it was not an infringement of constitutional rights.

"Right now in the state there are two conflicting opinions that are both going to be appealed to the third circuit," said Cooper. "For the average Pennsylvanian right now it would really just establish a guideline or precedent to be used in the future."

The lawyer says he does not believe this means we can all go back to our normal lives.

"I still would not recommend that someone go ok, now I'm going to have a gathering of 500."

There is some clarity though because both lawsuits did not address all of the COVID-19 mitigation efforts.

RELATED: Federal judge denies motion from Gov. Tom Wolf to stay ruling against some of the state's COVID-19 policies

"The wearing a mask, the 25% and 50% regulations, stopping service of liquor at 11, all of that had nothing to do with any of these orders. It was all about businesses and how they were classified," Cooper continued "My recommendation would be to maintain the status quo and don't use either opinion from Philly or Pittsburgh in the federal court as the end all be all final authority."

A spokesperson with Pennsylvania State Police said its bureau of liquor control enforcement are still enforcing this life face masks, social distancing, and occupancy limits - which is that 25% or 50% capacity in restaurants.

Troopers are not issuing citations related to the broader limits for indoor and outdoor gatherings.