FOX43 Finds Out: why your unemployment payments may be on hold

Some people were getting payments and then they suddenly stopped. Others are having issues with Reliacard. FOX43 Finds Out gets answers. 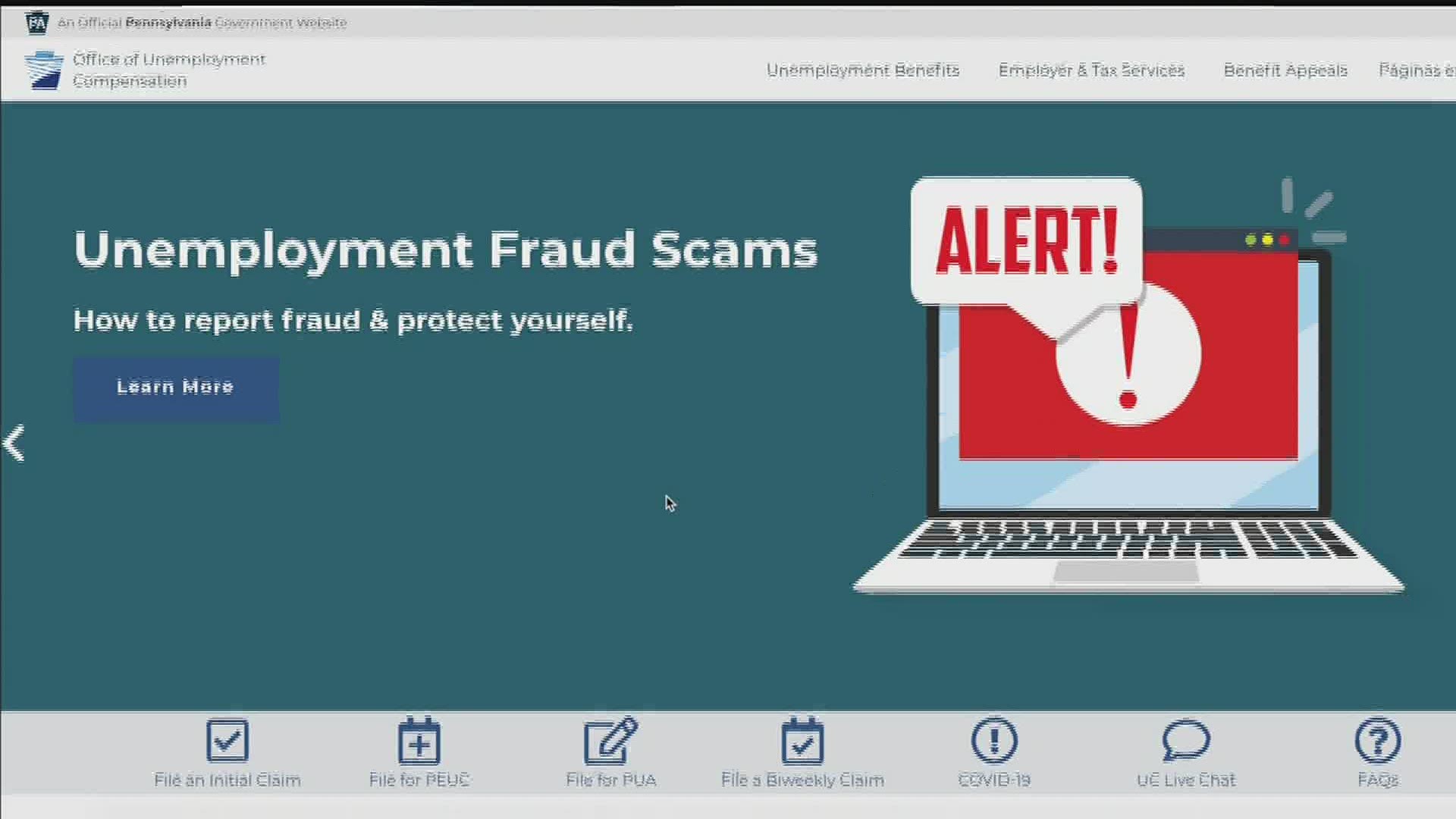 HARRISBURG, Pa. — There are still hundreds of thousands of Pennsylvanians who are still waiting for their unemployment payments.

Many of you have contacted us asking for help, so FOX43 Finds Out is getting answers.

At this point, more people are waiting for unemployment payments than have tested positive for COVID-19 in Pennsylvania, at least that we know of.

Some people were getting payments and then they suddenly stopped.

Others are having issues with Reliacard, the debit card where those payments are showing up.

FOX43 finds Out gets answers from the PA Department of Labor and Industry.

"I've emailed, I've called tried calling, I've done so much and I get nothing."

The traditional methods of contacting the state Department of Labor and Industry are not working for people waiting for their unemployment benefits.

Especially for Holly Pollack, who is getting mixed messaged on her payments.

"It keeps telling me that I have $11,410 dollars on my Reliacard, but when I go look, there's nothing. And then I call Reliacard and they're like, no you have nothing, we can't give you answers, call unemployment, but when you call unemployment it's busy."

Pollack says the whole process makes no sense to her.

Susan Dickinson, the director at the state office of unemployment benefits policy understands that frustration, "I can definitely see where someone could be confused because it's a confusing program. There is a lot of information."

FOX43 Finds Out asked the Department of Labor and Industry about Pollack's issue with the Reliacard text messages and why it looks like she has money, only for none of it to actually be deposited.

Dickinson says that the debit card vendor has been having some issues recently.

"Reliacard for example wanted to send a message to everyone in the PUA program and they ended up sending it to all of our Pennsylvanian claimants, which confused a lot of people."

It's not clear yet if that's what happened with Pollack.

After FOX43 Finds Out contacted Reliacard, they told us they resolved an isolated administrative issue related to her account.

Between UC and PUA, the @PALaborIndustry has received more than 3 million unemployment claims. Thousands of people say they are still waiting for payments while others say their payments suddenly stopped. #FOX43FindsOut what is happening with unemployment on @fox43 at 10. pic.twitter.com/nzumiO2akv

There are some other issues too.

People say they received a letter of financial determination and thought that should be enough to get the payments rolling.

"There's still a non-monetary aspect as to whether or not those people will actually be eligible for payments. For example, maybe they said they quit their job or maybe they work for an educational institution and we have to look to see if they have reasonable assurances."

In that situation, people should continue to file until they get an actual determination letter from the department of labor.

In other situations, some people started to get their unemployment payments, and then they suddenly stopped.

Dickinson says that could be because of the on-going unemployment fraud investigation.

RELATED: FOX43 Finds Out: Why are unemployment payments taking so long?

"People are still discovering that they may have had their direct deposit information changed by a fraudster unbeknownst to them."

The State Treasury is still sorting through those issues to determine which claims are real and which are not.

Dickinson hopes a lot of these issues will be resolved when her department`s computer system gets an update this coming fall.

"Our website right now shows someone what their current status is, but that status is vague. It just says it's in process or there's an issue or something but it doesn't go into more detail than that."

More reasons you might still be waiting for your payments:

The Department of Labor and Industry also said if you selected the "separation" reason as to why you're unemployed, that could take longer to process because the department needs to confirm that with the person's employer. With a high volume of claims, that may take more time.

Also, keep in mind that the extra $600 a week from the federal cares act is scheduled to end the week od July 25th. Here are some resources for people who are still unemployed and aren't receiving any payments.

People have also told us they've contacted their state representatives about the unemployment issues.

There is a hearing scheduled in Harrisburg on August 12th.