For homeowners, going on your roof probably isn`t an everyday occurrence. That`s why Joseph Nolte trusted an Erie Insurance Group adjuster check his roof in Man... 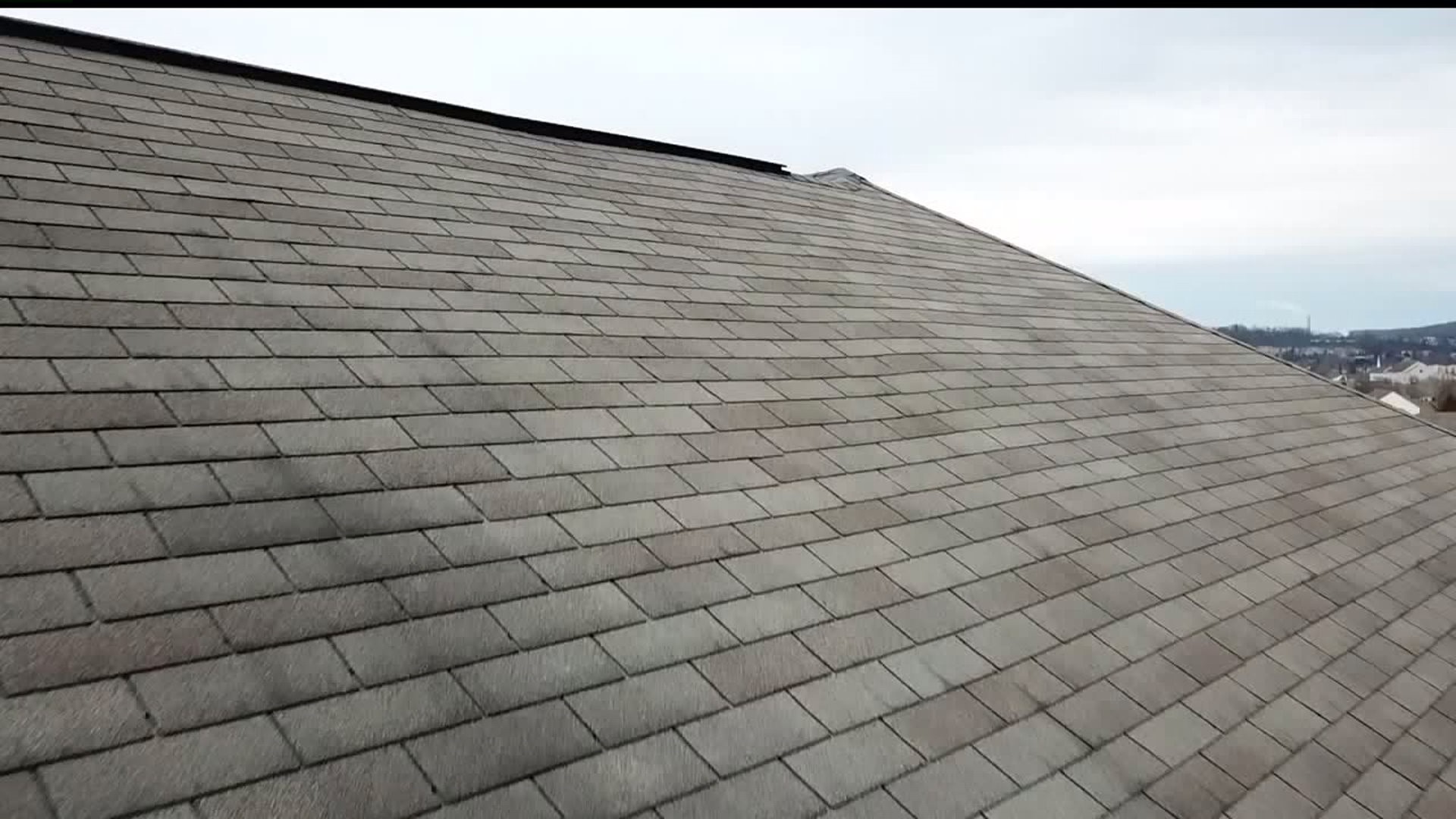 For homeowners, going on your roof probably isn`t an everyday occurrence.

That`s why Joseph Nolte trusted an Erie Insurance Group adjuster check his roof in Manchester Township, York County and explain if he any damage after a hail storm in May of last year.

"The adjuster told me we had damage to our ridge vent, our gutters, our down spouts, our fascia, our window screens, the air conditioner vents were all damaged, but he said the roof was fine," said Nolte.

Then, he started seeing a lot of his neighbors get new roofs.

He says he counted 44 new roofs.

"It`s kind of peculiar how all these homes on this development are all getting roofs out on from a hail storm and we weren`t."

He hired two contractors for a second and third opinion.

"I had two professionals tell me there`s damage in my roof and the insurance company says no," Nolte said.

He then filed an appeal with Erie insurance and says he spoke with a claims expert for Erie.

"I said I have all this damage and somehow mysteriously the roof is fine and he said yes. And I said, I don`t get it. And he said `Mr. Nolte, as far as I`m concerned this is a done deal."

Nolte started talking to a lawyer.

"We went to the company to try to get them to reconsider it and they basically said go pound sand," said Scott Cooper, a partner at Schmidt Kramer.

The lawyer filed a writ of summons, which is the start of a lawsuit.

He says Erie was served that paperwork in December.

The lawyer claims Erie Insurance Group acted in bad faith and is seeking a full roof repair for Nolte.

He believes another FOX43 Finds Out report about Erie Insurance Group customers saying their roof claims were low-balled, while other insurance companies paid for new roofs in Southern York County, can help prove the bad faith accusation.

"This is a development that is miles away from the development that you did the story on so if it`s the same company, that`s one of the things you look at in an insurance bad faith case. You say there has to be some type of systematic denial or something in common from all the claims," said Cooper.

When FOX43 Finds Out recently spoke to an Erie Insurance Group agent, she told us Erie recommends only speaking to contractors who are HAAG certified, which means they`re specialized in a certain type of roofing training.

The lawyer says the contractors who went on Nolte`s roof and told him he had damage.

"They didn`t explain why they think the estimates were wrong. And there were two estimates within $400-500 of each other. It wasn`t like a vast difference."

As for Nolte, he`s been an Erie customer for 38 years.

This is the first time he`s ever had an issue and is now second guessing his choice.

"You put your faith in this company all these years and you never question anything and now I start to think, is there something else I should be questioning as well?"

There is  another option besides a lawsuit, people can file a complaint with the Pennsylvania Insurance Department.

A spokesperson says the department looks at every complaint to see if the insurance company is following the laws and regulations in the state and also if it's following the plan or policy in question.

It can issue civil penalties or fines against the insurance company.

The department does look at both sides of the the issue and recommends the customer gives their side of the story - especially if that includes things like a 3rd party contractors report.

The insurance department told us people filed 14 complaints related to hail damage against Erie insurance last year.
it did not find any violations by the insurance company.

Though the insurance department cannot decide whether or not a specific claims should be paid or if the claim payment was sufficient.

The Department sent FOX43 this statement: "In terms of the complaints we investigated from 2018, we did not find any violations of  the standards insurers must following in documenting, investigation and processing of insurance claims.  We do not have the authority to adjudicate claims, therefore we cannot determine whether or not a specific claims should be paid or if the claim payment was sufficient."

We did reach out to Erie Insurance Group about all of this again, and FOX43 was sent this statement: "Just informing you that we have no further comment outside of what I sent you below when you first reached out regarding this situation."

That original statement read: "Due to privacy laws we cannot comment on particular policyholder claims or coverages. Our adjusters go to great lengths to readily identify hail damages to homes, businesses, autos, etc. In southern York county we’ve received and paid hundreds of hail losses from this most recent event. However, a small percentage of the time, there are claims presented where we find no damage."

FOX43 Finds Out also spoke with a local Erie insurance agent and she shares her side of the story.