FOX43 Finds Out: People facing different unemployment payment issues say they have something in common

Months into the pandemic and people are still having issues regularly receiving their unemployment payments. FOX43 Finds Out gets answers. 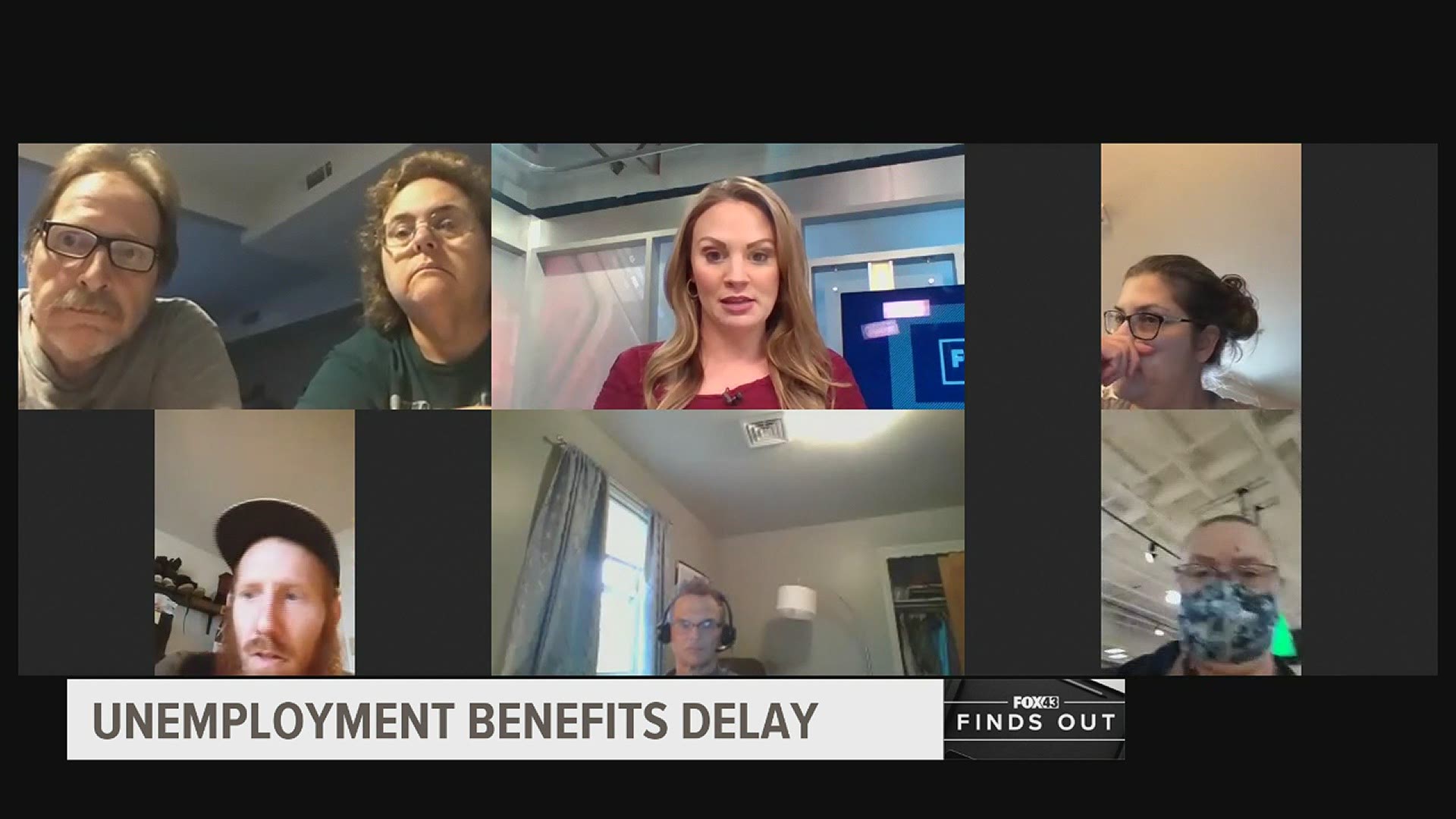 HARRISBURG, Pa. — With the holiday season arriving and rising COVID-19 cases, people are are still having unemployment payment issues are afraid their issue won't be dealt with until next year.

FOX43 Finds Out brought those issues to the Department of Labor and Industry to get answers.

"You file and you expect results. That's what it's for, it's to help the people," said David Cross.

One of the biggest issues people deal with is that they can't get through to actually speak with someone.

Jeremiah Scarlett of Red Lion said, "It's like talking to a brick wall really, there's just no getting through what so ever."

The Department of Labor and Industry Secretary Jerry Oleksiak says that part is improving.

Since March, he says the unemployment office has tripled its staff.

"We know people still have difficulty getting through and we will not stop until we are able to get all the people who deserve benefits to make sure they get their benefits," said Labor and Industry Secretary Jerry Oleksiak.

While some are waiting for the unemployment benefits, others like Jim Emery say they've been overpaid.

He said,  "I just need someone to competent from the unemployment office to sit down and hash this out with me. this is what I should have received this is what you've paid me, I'll send you a check for the difference."

All 7 people on zoom call hosted by FOX43 Finds Out are currently dealing with different unemployment issues, however, there does seem to be a common theme among them all if they do get through, they're told their issue is under review.

"I did manage to get through one time and their reply was well, your employer has to respond to them and I said what happens if they don't and they said well then we will review it and let you know and that's been three months now," said Eric Slaseman.

Now they're fearful that the issue will still be under review into the holidays and that they won't get an answer until next year.

The Oleksiak says that won't be the case.

However, he did admit that fraud in the pandemic unemployment assistance program did put a delay in fixing some other problems.

"It really impacted the system significantly and for us to clear up all that backlog it's going to take some time."

PA Department of Labor and Industry Secretary Jerry Oleksiak says later this week, some people receiving PUA may have to take a selfie to verify their identity as a way of preventing fraud.

The director of the office of unemployment, Susan Dickinson, has some advice for people trying to get through for any reason.

RELATED: FOX43 Finds Out: People are turning to Facebook for unemployment help

"If someone has a message or an inquiry that they want an answer to, email is actually a really good way to get a hold of us."

At this point, she says the email backlog is caught up until October. So you might get an answer sooner that way.

However, she says if you feel still like you need to call and speak with someone try Thursdays or Fridays in the afternoon and try to avoid the worst day of the week.

"Mondays are always a bad time to call because a lot of people may have tried to file on Sunday and had an issue so they try to call Monday to straighten it out," said Dickinson.

RELATED: FOX43 Finds Out: Is this unemployment call real or a scam?

Secretary Oleksiak says the unemployment office has a goal of answering 8,000 calls and replying to 11,000 emails each day by the end of the year.

However, he won't be there to see it.

Secretary Olesiak is retiring in December.

Governor Tom Wolf has announced he will nominate Jennifer Berrier for the position.

She is currently the Deputy Secretary for Safety and Labor-Management Relations.

RELATED: FOX43 Finds Out: Are there seasonal work from home jobs?

Also, if someone has been overpaid for unemployment, here's what they need to do: If a person has received payments for unemployment compensation (UC) program they did not apply for, that person is most likely a victim of fraud and should follow the directions here to report the fraud and return the payments. It is important for fraud victims to file this report because it will help the UC program office remove the victims’ names from the list to receive a 1099 form and prevent the victims from being flagged for not paying taxes on the fraudulent claim money.

Claimants who receive notification from L&I that they have been paid an overpayment will automatically have future benefits reduced until the overpayment amount has been compensated for. Alternatively, the claimant may repay the overpayment in a lump sum.

If a claimant who is eligible for UC payments is receiving more money than they believe is correct, that claimant should contact the UC Service Center. The fastest way to contact a UC Service Center staff member is by emailing uchelp@pa.gov. An overpayment determination letter is sent to any claimant discovered to have received an overpayment with the various methods of repayment explained.