A local woman has been fighting a parking ticket since January, with no luck. Then FOX43 Finds Out stepped in and the ticket is now dismissed. “It`s stran... 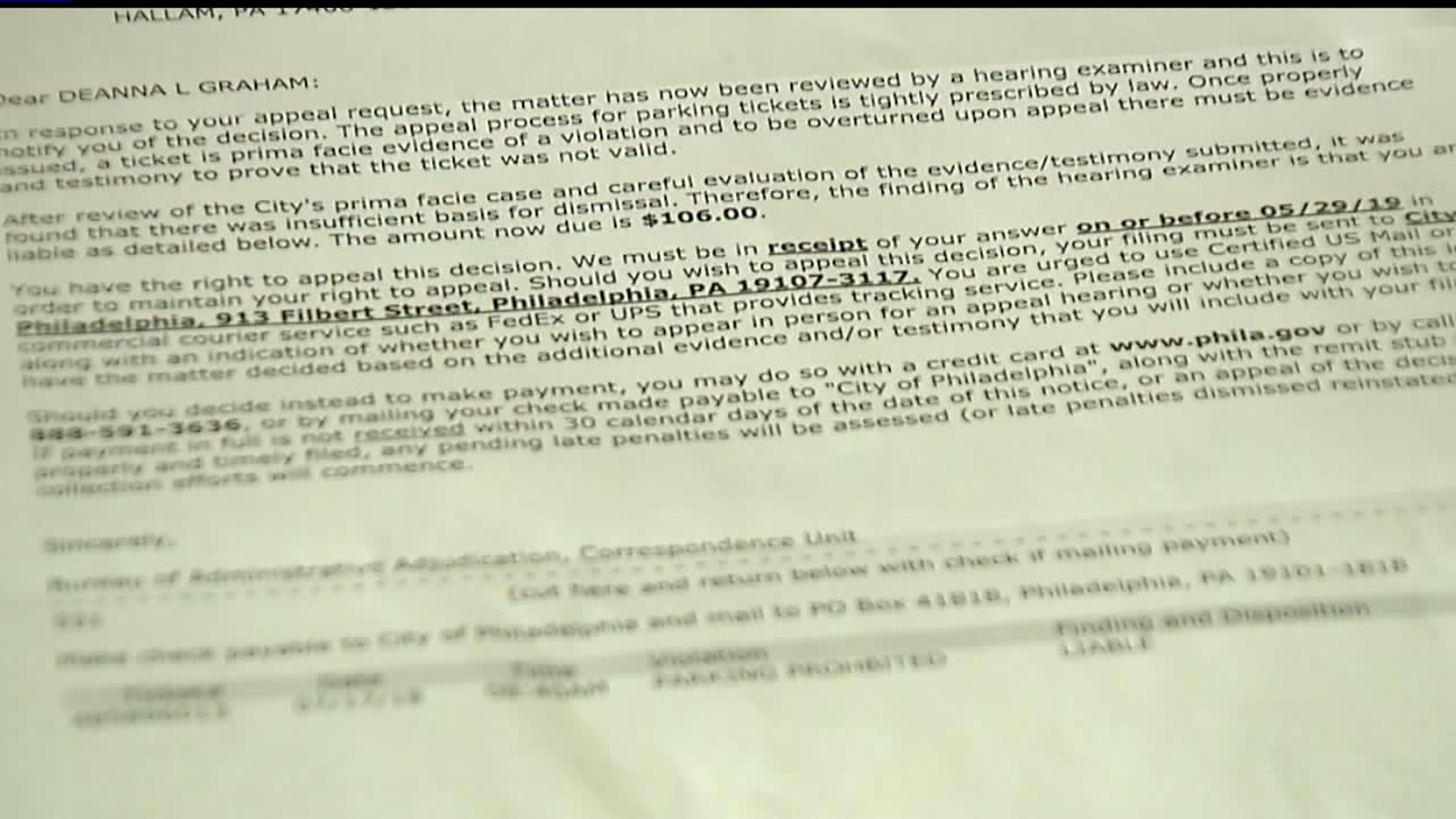 A local woman has been fighting a parking ticket since January, with no luck. Then FOX43 Finds Out stepped in and the ticket is now dismissed.

"It`s strange I`ve never been to where this ticket was. I`ve hardly even been to Philadelphia in my life."

Deanna Graham was surprised to find a parking ticket from Philadelphia in her mailbox.

A parking ticket for $106 that claims she was parked in the city last summer.

She says she's never been to where the ticket was issue and the license plate attached to the ticket hasn't been used for years.

"I realized it was a dead tag from a vehicle I sold 7 years ago."

She even still has the license plate.

Graham called the Philadelphia Parking Authority to fight the ticket.

"They`ve never provided me a description of the vehicle they ticketed, only my old dead plate number."

Graham tried to appeal the ticket by writing a letter to the Philadelphia Bureau of Administrative Adjudication.

She got a letter in return, stating there was "insufficient basis for dismissal" of the ticket.

A few hours later,  her ticket was dismissed.

A spokesperson said the Philadelphia Police Department wrote the ticket and there may have been a typo in the tag number.

We wanted to know why Graham's initial appeal was denied.

The parking authority sent us this statement that reads in part: "The mailed-in testimony did not prove the plate referenced on the ticket by the Philadelphia Police Officer was not affixed to the vehicle. When the matter was brought to the attention of the Authority, we asked the Bureau of Administrative Adjudication to reconsider their liable decision based on additional information we had found."

At this point Graham says she's happy to have the issue settled after 4 months of going back and forth with the parking authority.

"I don`t mind paying for a violation I got, but I`m not paying for one I didn`t."

FOX Finds Out also talked to PennDOT and we were told license plate configurations are not reused, so there's no chance someone else now has that tag number.

We also wanted to know if there are tag numbers similar to graham's and a PennDOT spokesperson would only say it's possible the digits on the plate were reported incorrectly.

While it's not required in the state, it is highly recommended by PennDot to surrender your plates when you move or sell a vehicle.

.The forms to surrender a plate can be found at www.dmv.pa.gov and mailed to the department with the plate.

It can also be sent in through a messenger or agent service.

Customers can find their closest messenger or agent service by visiting www.dmv.pa.gov and clicking “Find a Location.”

Send er a message on Facebook or shoot me an email at FOX43FindsOut@FOX43.com.