A husband and wife performing duo in Lancaster county want to help people impacted by the closure of Rainbow’s Comedy Playhouse. That playhouse closed bac... 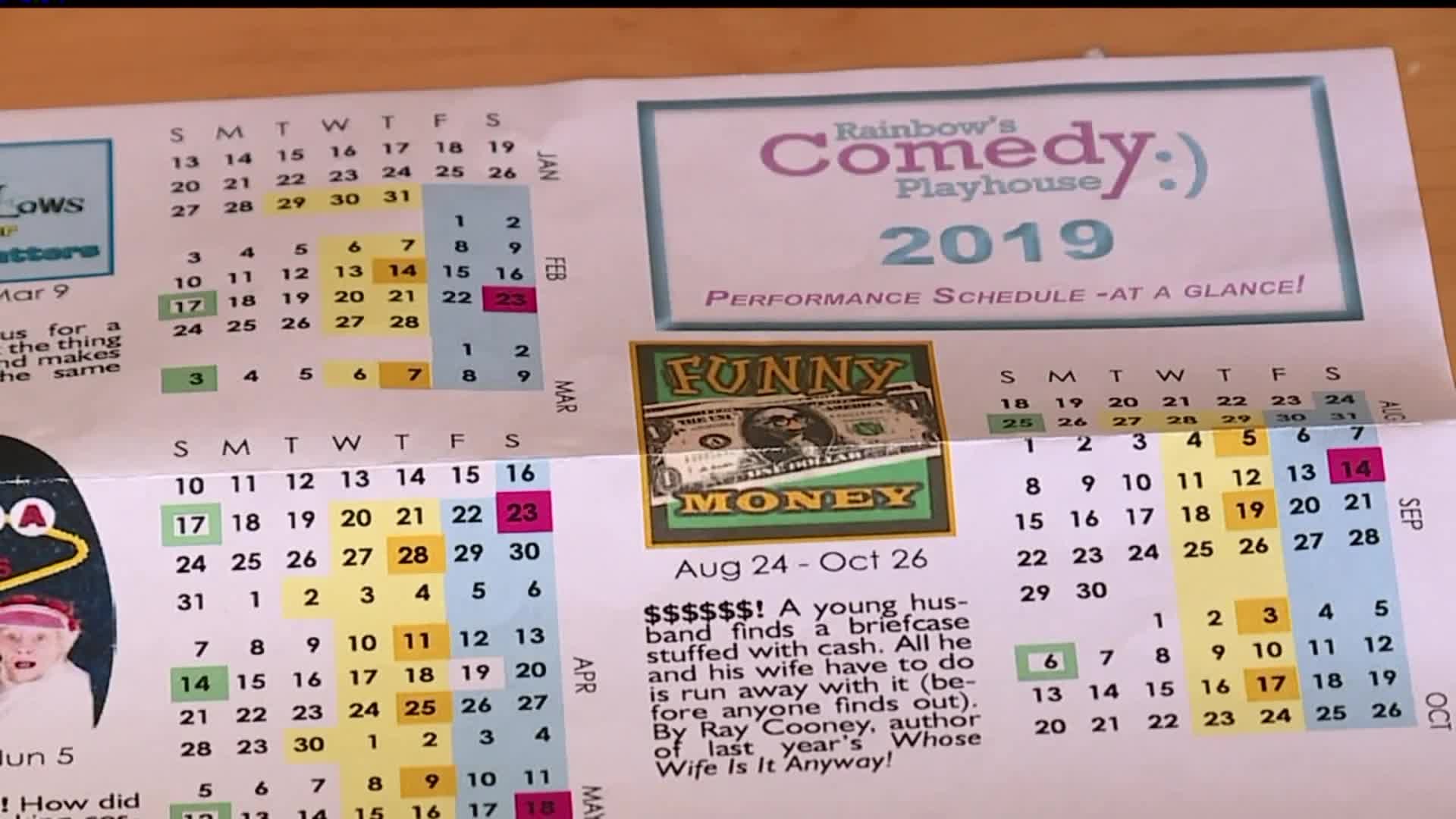 A husband and wife performing duo in Lancaster county want to help people impacted by the closure of Rainbow's Comedy Playhouse.

That playhouse closed back in August and a lot of people who bought tickets were left with nothing to show for it.

Dozens of people contacted FOX43 Finds Out asking what they could do.

This is what Rainbow's Comedy Playhouse in Lancaster County has looked like for a few months, since its sudden closure back in August.

The plan is for all of that to change.

Brett and Labrina Myers have signed a lease to be the new tenants at the playhouse in Leacock Township.

They currently put on a variety magic show at the Bird-In-Hand stage, called Magic and Wonder.

"We`ve been performing at Bird in Hand for the past 4 years and we`ve quickly outgrown that space as a result of that," said Brett Myers.

They want to make it clear they are not associated with the former production company and plan to renovate the space.

Though, they do want to help people who paid for tickets to Rainbow's Comedy Playhouse and never got to use them.

"For those that were not able to come and see a rainbow production as a result of the closure, that we would love to extend tickets to the 2020 season for those customers," said Myers.

That goes for all tickets for the playhouse, including season passes.

Labrina Myers said, "If they had a season pass they can come over and over for the regular season and the Christmas show."

The Myers' plan to open their new show, Worlds of Wonder, on April 7th.

"We`re not a dinner show. We`re going to be offering just the show part of it. There`s lots of partners in the area that offer amazing food offerings and we`ll be working with some of them to offer packages, but what we`re offering for those guests is come and experience a night of magic and wonder on us. It`s our treat," said Brett Myers.

People who have tickets to Rainbow's Comedy Playhouse can contact the Myers' and exchange them for new tickets to Worlds Wonder.

We still don't know exactly why rainbow's comedy playhouse closed back in August.

Rainbow's Comedy Playhouse did post about the new tenants on Facebook, writing: "We understand that so many people are owed money and what happened isn’t right! We‘re wading through this mess trying to make everything right for every single person affected by this, whether it’s customers or previous employees. This takes a lot of time and patience. Please also try to understand that no matter how wronged you feel, hateful and/or angry comments will not make this situation any better."

If you have a story you want Jackie to look into, send an email to FOX43FindsOut@FOX43.com or message her on Facebook.