JEFFERSON, Pa — Al Groth says he had to jump through hoops in order to get his mattress warranty and he didn’t get any answers until he contacted FO... 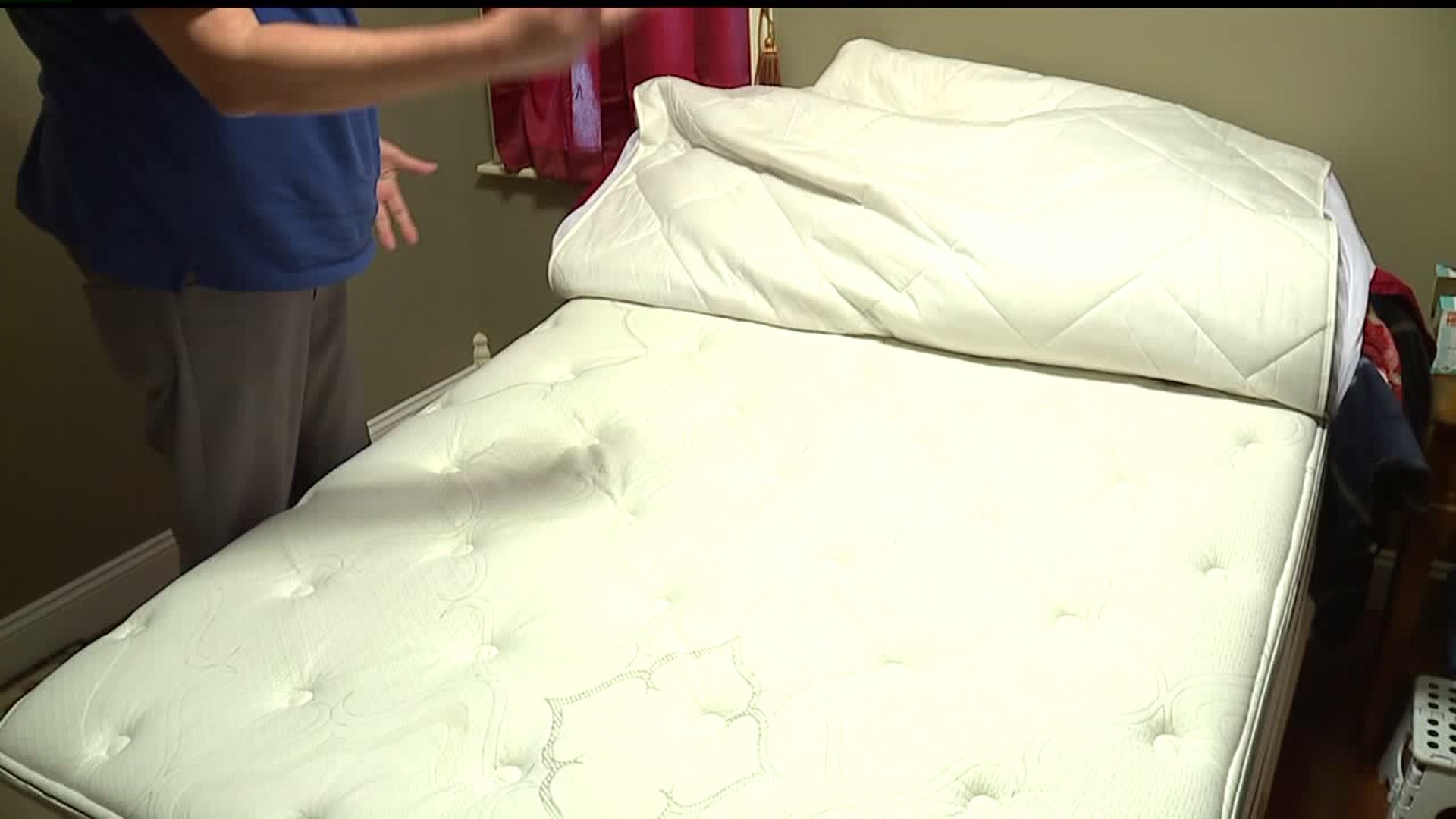 JEFFERSON, Pa -- Al Groth says he had to jump through hoops in order to get his mattress warranty and he didn't get any answers until he contacted FOX43 Finds Out.

"My wife was having trouble with her back for about 3 years and the doctor indicated that maybe a firmer mattress would help." said Groth.

He bought that firmer mattress at mattress firm in Hanover and claims after three months the new mattress started to sag.

Groth thought it would be an easy fix since the mattress came with a warranty.

"I got a 10 year warranty with the mattress, full coverage, any failure, complete satisfaction for the customer."

The York County man didn't know he was going to have to deal with a third party - and pay to prove his mattress was collapsing.

"If I wanted to get any results with the mattress warranty i would have to go through this route. I felt that was unjust. I didn't know why I would have to pay them any amount to have the warranty investigated," said Groth.

That third party company is Mattress Marshals based in Florida.

A representative for that company told Groth he could pay $40 for someone to come to his house and inspect the mattress or pay $24.95 for a self inspection kit.

"The inspection kit is basically two washers and a piece of string holding them together."

"If you put it across a tufted mattress, which this is, you're not going to see any deviation from the surface of the mattress. The deviation is obviously after you apply pressure and you feel the collapsing effect underneath."

He said he never recieved any paperwork about the warranty when he bought the mattress.

He says when he tried to contact the store he bought the matress from in Hanover, he got no where.

"I had no idea that we would have to deal with a third party in anyway."

FOX43 Finds Out reached out to Mattress Firm and we were told Mattress Marshals is a third party company the chain partners with to send self-inspection kits after a customer has filed a warranty claim.

The company also said "Mattress Firm helps facilitate and guide a customer through the warranty process."

"Why would I pay them to honor their own warranty?"

There was some good news for Groth though.

Mattress Firm also sent FOX43 Finds Out this statement after we contacted the company: "We did some research into this Mr. Groth’s account and learned during the self-inspection process, his mattress did not show did not show any defects. However, because customer service is a top priority at Mattress Firm and we want to ensure our customers are satisfied with their purchases, we’ve extended him a one-time exchange (of equal or lesser value) and waived the delivery fee as a courtesy to him. The in-store credit has been emailed to Mr. Groth and we look forward to helping him find a new bed when he visits our store."

Groth thanked FOX43 for looking into his story and says he's happy with the outcome.

If you have a consumer issue you want Jackie to look into, send her a message on Facebook or email her at FOX43FindsOut@FOX43.com.