FOX43 Finds Out: Getting Less Pay During Cancer Treatment

Corrina Brackbill has been out of work since the beginning of the year, under going surgery and chemotherapy for breast cancer. She says Silver Spring Township ... 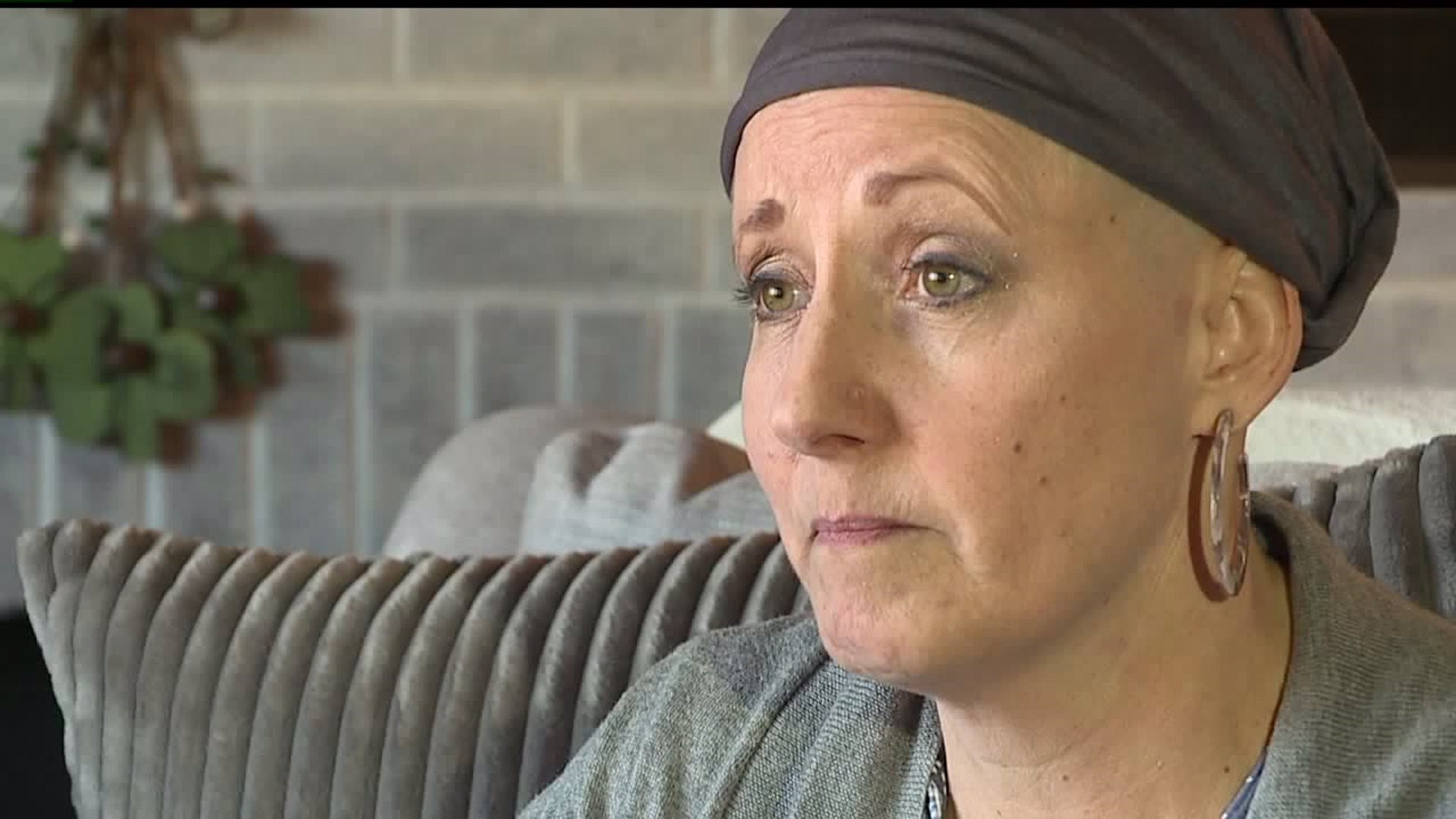 Corrina Brackbill has been out of work since the beginning of the year, under going surgery and chemotherapy for breast cancer.

She says Silver Spring Township is now ending a program that allows her to get her full pay while she's getting treatment.

FOX43 Finds Out if that woman can get the pay she feels she deserves.

"I still have a long road ahead of me," said Brackbill.

She is currently undergoing treatment for Stage 2 invasive ductal carcinoma.

She said, "I`ve had a double mastectomy, I`ve had a reconstruction and I`m currently under going chemo therapy."

When she got her diagnosis, she knew she would have to take time off of work.

When she told the Township, said said "The initial reaction was `were so sorry. Whatever you need, we`ll be here for you."

She says she talked to Township managers and she would be getting her full paycheck while getting treatment.

"They initially laid out a plan that would allow me to use the employee sick bank, which is a voluntary program. Employees who have their own sick time can give it, it doesn`t cost the township anything," said Brackbill.

After her surgery in January, she learned she was going to need more treatment.

Her doctor told her she would likely be out work at least a month longer than originally planned.

"She recommended that I either be able to work from home or that I be out of medical leave through the end of April."

Brackbill says she let the Township know and asked if she could get more days added to the sick bank, which comes from co-workers donations, or be able to work from home.

Then she didn't get a response for a few days.

"Then on March 15th, I got a call from the assistant township manager told me they were terminating the employee sick bank," said Brackbill.

She says she was told she would have to go on Short Term Disability at the end of March.

That means she would be getting 40% less pay until she returned to work.

Brackbill said, "I begged. I begged and I cried and I said please, please don`t do this. I don`t know anybody who can."

She says she even has proof employees are still willing to donate their time, so she didn't understand why this was happening in the middle of her leave.

"A prominent member of the board said `don`t worry about, we`ve got you. That`s just who we are. That`s just who the township is.` And then give me two weeks notice to tell me that`s not true at all."

A few days later, we got this response that reads in part:

"In each and every case, the Township attempts to accommodate each employee's individial needs while balancing it's need to meet its responsibility to its taxpayers to ensure that the work it is assigned to do on behalf of the residents is completed. Because this is an employment matter, the Township cannot comment further."

Read the full statement from the Township to FOX43 here:

However, after FOX43 reached out to the township and Brackbill spoke about her situation at a public meeting, she was sent this letter from the Township.

At one point, the letter states "The Township is inclined at this juncture to allow you to use the sick leave bank until either April 30th, 2019, or when the Short-Term Disability policy is approved and starts paying, which ever date is sooner."

Brackbill says, as the human resources generalist, she knows if she hands in the paperwork for Short Term Disability, that will be approved right away.

Which, she says means she would no longer be allowed to use the sick bank.

At this point, she doesn't know what to do.

FOX43 Finds Out also reached out to the Silver Spring Township Solicitor, who said it would take a vote to terminate the sick bank policy for the township and that has not happened.

Late Wednesday, the township sent us another statement that reads: "The Township is at a disadvantage because it is simply not free to divulge confidential personnel matters.  The Township can say that it has always supported both Ms. Brackbill (and all of its employees) and worked hard to accommodate every request.  In addition, the Township has not taken action to eliminate the sick leave bank policy as has been claimed.  The Township will continue to work with its employees while balancing  responsibilities  to see to the completion of the duties assigned to it by the residents of Silver Spring."

At this point, Brackbill says she's talking to the Pennsylvania Breast Cancer Coalition to see if that program can help her.

Send Jackie a message on Facebook or send an email to FOX43FindsOut@FOX43.com.