EAST HANOVER TOWNSHIP, Pa — A Dauphin County woman thought she did enough research when looking for someone to fix her home and she says she was still sca... 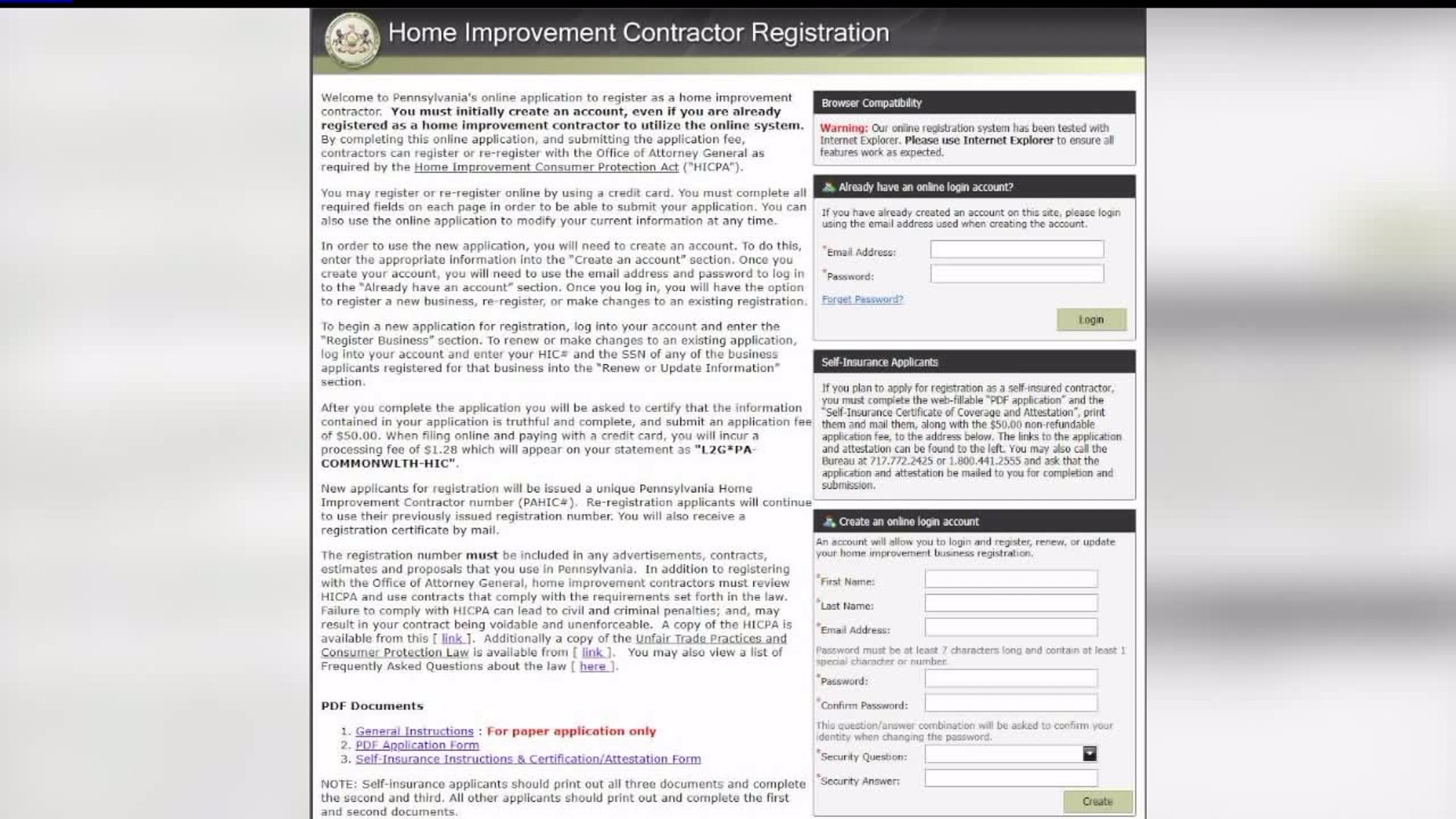 EAST HANOVER TOWNSHIP, Pa -- A Dauphin County woman thought she did enough research when looking for someone to fix her home and she says she was still scammed.

FOX43 Finds Out how to make sure you don't get duped too.

"This is the bathroom that needs to be completely redone. Scott was supposed to do the flooring in here.'"

Laura Eckenroth gives us a tour of her home in East Hanover Township, Dauphin County.

Work here should have been done months ago.

Back in January, the Eckenroth's home was destroyed by a fire.

They bought a new mobile home and say they hired a contractor, Scott White, to fix some rooms.

"We needed a deck and a set of steps built on the outside and then flooring in our dining room, kitchen, laundry room and two bathrooms," said Eckenroth.

White has an active Facebook page for his business: Home Maintenance by Saw.

Eckenroth checked that out and went a step further making sure White was registered with the state as a contractor.

She said, "His insurance and contractor number, you know all of that was there and legit. He proved that to us. So, we thought it was good. He came out and quoted us and said it was going to be just under $8,000 to do everything. Then we paid him $3,975 for a deposit."

Then, Eckenroth says, White never showed up to do the work and she never heard from him again.

"We`d call him, text him, gave him an opportunity to pay the money back, he never did. So then we went to the police."

It appears the Eckenroth's aren't the only ones who went to the police.

White is currently facing charges in four different cases between April and July of this year.

All of the cases involve deceptive business practices or receiving payments and not doing the work.

"I just got a sick feeling in my stomach. I don`t know how anyone can do that to someone," said Eckenroth.

FOX43 finds out also found that White has been charged with the same thing several times.

We tried to track down White  and we never heard back.

We also wanted to know if a contractor is charged with a crime related to their business like theft or deception are they still able to register with the state?

Or is there anything that would let future customers know these contractors are currently dealing with charges?

In Pennsylvania, contractors register with the state Attorney General`s office.

They fill out an application, pay $50, and get a contractor number.

Contractors do need to disclose if they have ever been convicted or plead guilty of a crime related to a home improvement transaction.

However, the way the Home Improvement Consumer Protection Act is currently written there is nothing that allows the Attorney General`s office to stop a person from performing home improvement work, unless there is a specific court order.

There was a bill introduced this past session to change that.

Senate Bill 297 would have allowed the AG to deny a registration application of a contractor who has engaged in misconduct in the past.

That bill just never made it to a full vote.

As for Eckenroth, she looked up the White`s home improvement contractor number and that was easy to find, but what wasn't easy to find were White's criminal charges.

"It makes me so angry that there`s possibly other people who are being taken advantage of that he`s going to start work and not finish or just take their money, it`s crazy."

People from the Hershey Free Church did end up stepping in and helped complete some of the work at the Eckenroth's home.

She has filed a complaint against Scott White with the Attorney General`s Office.

We were told there have been 6 complaints filed against white since 2012.

There is a disclaimer on the search page, stating that registration is not an endorsement or approval by the Attorney General's office.

Also, that office recommends people check the state dockets before hiring any contractor to see if they`ve ever been charged or convicted of a crime.

Send Jackie a message on Facebook or email her at FOX43FindsOut@FOX43.com.