FOX43 Finds Out: Are dangerous recalls being delayed?

Recalls are being issued all the time. We even have a segment on FOX43 News at 5 that focuses on the daily recalls issued by federal agencies. What is often unc... 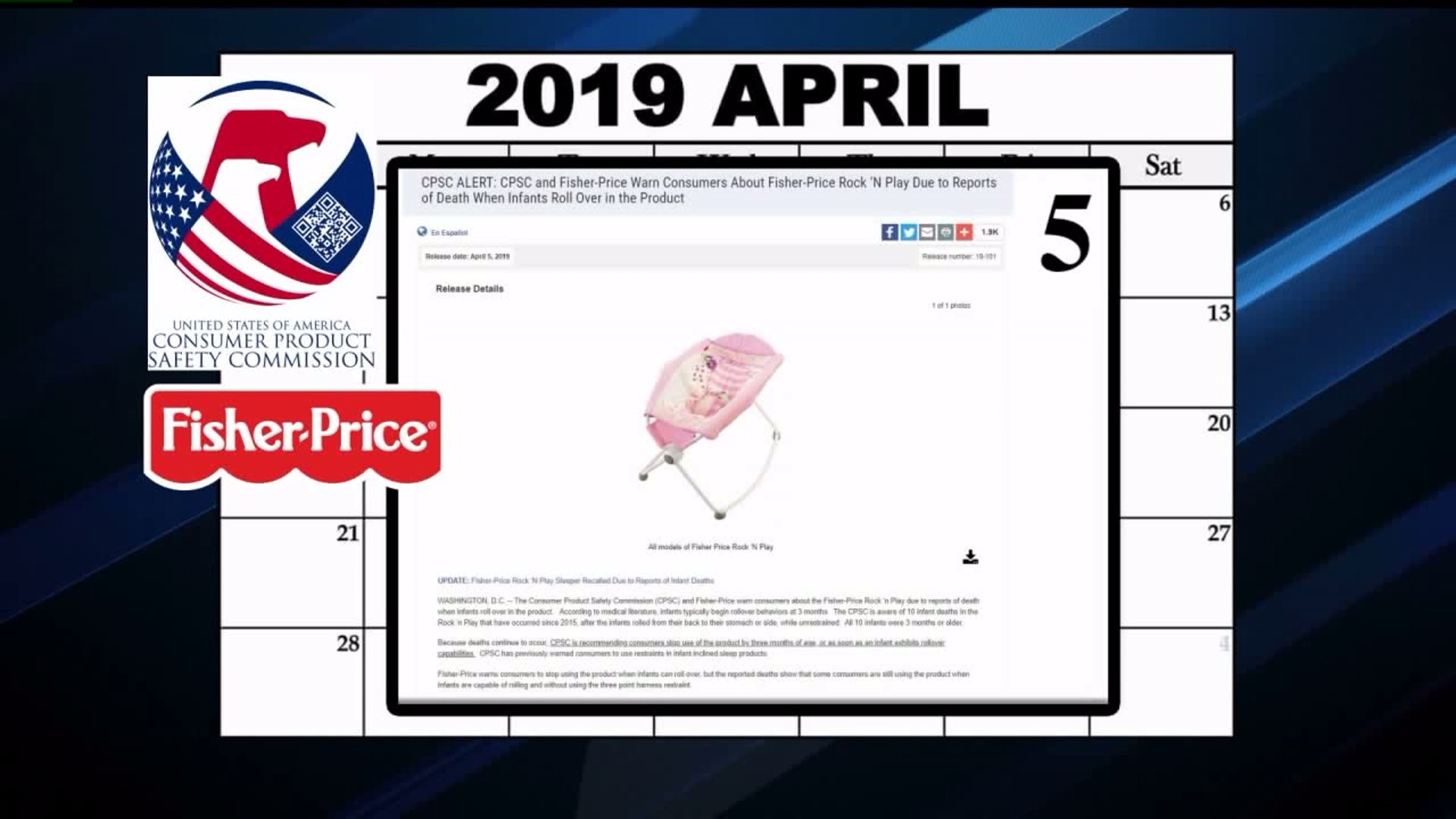 Recalls are being issued all the time.

We even have a segment on FOX43 News at 5 that focuses on the daily recalls issued by federal agencies.

What is often unclear, is how long it takes before someone figures out something is wrong with a product to when it's being recalled.

Remington Gregg works for Public Citizen, which is a consumer rights advocacy group.

He's been looking into section 6b of the consumer product safety act.

He said, "6b is an obstacle to the CPSC doing its job well getting critical public safety information out to the public."

That provision of the Consumer Product Safety Act "establishes procedures for and restrictions on the Commission`s public disclosure of information."

What that means is that when the Consumer Product Safety Commission wants to issue a recall, it has to contact the manufacturer of that product before it can release any specific information that would allow the public to identify it.

"Often times the company doesn`t want the release of information that says their product may be unsafe," said Gregg.

If the manufacturer doesn't want that information released, it can take the CPSC to court.

Gregg said, "The sheer threat of going to court, of using taxpayer money to go to court and push ahead, stops the agency from moving forward and naming names."

He also says it's this process is where consumers, like you and me, don't know what is happening.

We continue to use these products, possibly without knowing the possible dangers.

On May 31st of 2018, the CPSC issued a warning urging caregivers to "use restraints with inclined sleep products."

The commission never named any specific company names or products.

Then, on April 5th of this year,  the commission and Fisher Price issued a warning about the company's Rock n' Play sleepers.

It stated all of the infants were 3 months or older.

This was just a warning, not a recall.

On April 8th, Consumer Reports published an investigation that found that fisher price knew of 32 infant deaths since the sleeper product was introduced in 2009.

On April 12th, a recall on the 4.7 million Fisher Price Rock n' Play sleepers was issued.

That's when the CPSC then reported there were more than 30 infant deaths.

In the months that followed, the commission and more companies issued recalls on similar products and accessories.

I asked Gregg if he thinks 6B is causing people to die?

He said, "You just have to ask commissioners on the CPSC. At least one CPSC commissioner has said publicly that people have died because of 6b."

One day after the consumer reports investigation on the Rock 'n Play sleepers and 3 days before the recall was issued.

He said, "People die because of Section 6(b). It is as simple as that."

Gregg said, "The fact that congress isn`t acting after a commissioner has said that. A commissioner that has information we do not have, is egregious."

FOX43 Finds Out emailed all the members of the House of Representatives Consumer Protection and Commerce Subcommittee, showing them the Public Citizen report and asking how they feel about 6(b).

Of the 24 members of that committee, only one answered responded - Congresswoman Cathy McMorris Rodgers from Washington State.

She sent an email reads: "Republicans share the goal of protecting consumers by getting dangerous products off the shelves as fast as possible. That`s why I`ve introduced the FASTER Act to expedite that process, especially when both industry and the Consumer Product Safety Commission agree on the need for a recall."

That bill would make the process easier for companies that want to issue a voluntary recall.

However, it does not repeal section 6b, which is what the public citizen's report recommends.

I did also reach out to the Consumer Product Safety Commission about all of this.

A spokesperson told me since section 6b is part of the consumer product safety act and the agency can't do anything about it.

It's congress that would have to make a change.

There are now class action lawsuits filed against Mattel, which is the parent company of fisher price, because of the Rock n' Play sleeper deaths.

I did reach out to Mattel about this story and was sent this statement that reads: “We have a long-standing policy of not commenting on litigation matters.”