FOX43 Finds Out: A Homeowner’s Nightmare

Jason Dattoli says his home in New Oxford, Adams County is falling apart. His family bought a home back in April then a few months later, Jason noticed issues i... 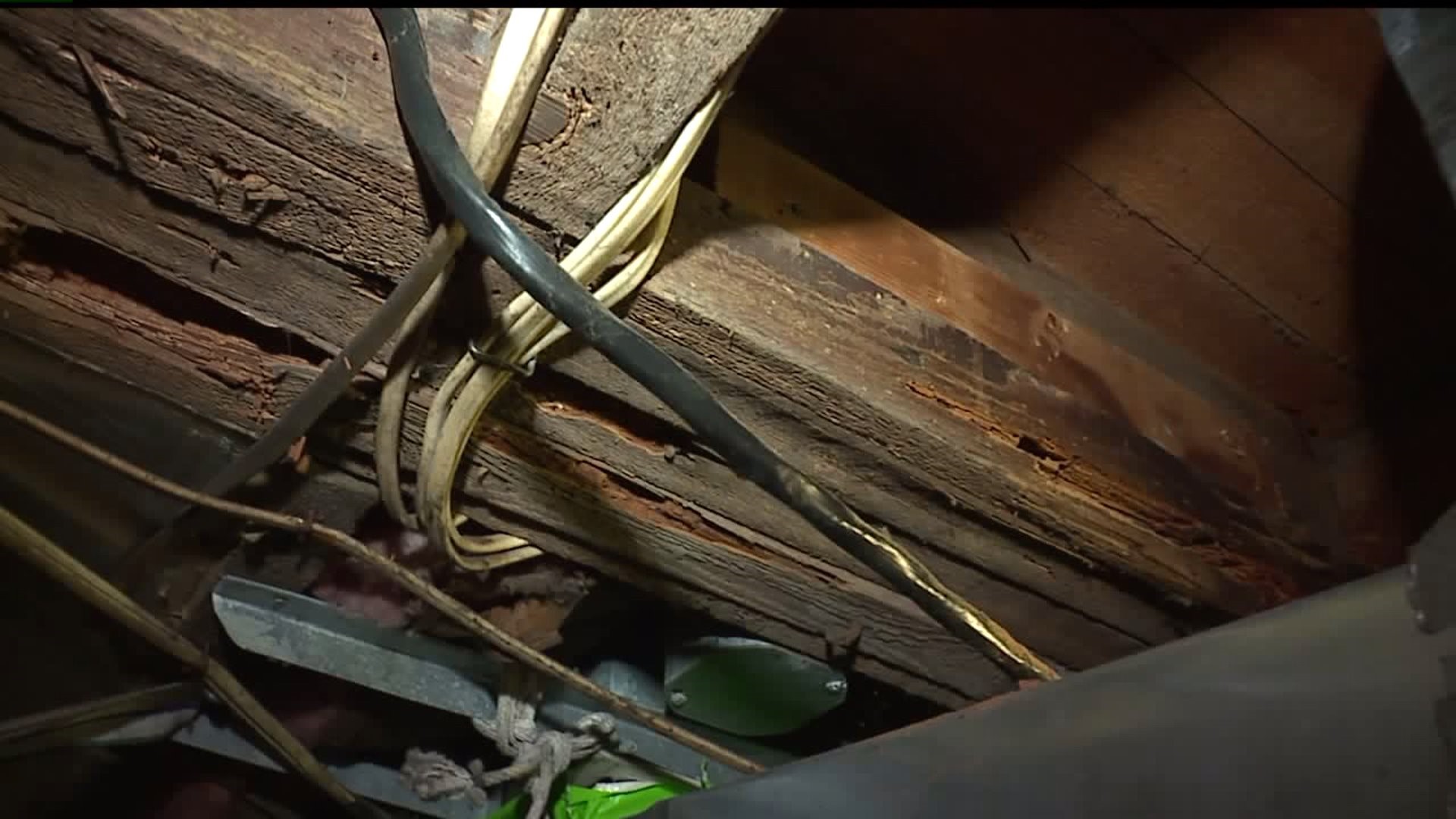 His family bought a home back in April then a few months later, Jason noticed issues in the basement.

He called his homeowners insurance company only to find out wood eating insect damage is not covered.

He then called a few contractors and the news wasn't good.

"It would be cheaper to tear it down and build a new one than it would be to fix it. It`s 100 years old, I knew there was going to be some problems, I didn`t think it would going to be to the extent of tearing it down," said Dattoli.

What Dattoli doesn't understand is how his house could have been approved for a Federal Housing Administration or FHA loan.

"This loan should have never gone through. It should have been caught and stopped before it went this far," he said.

Dattoli says his home inspector did notice some damage and recommended an expert check it out.

According to this report, the company treated for powder post beetles and indicated that no other treatment was needed.

FOX43 Finds Out showed the damage to a local real estate expert.

Adam McCallister was not Dattoli's realtor.

However, after looking at the damage he says Dattoli's situation is a nightmare scenario for a new home buyer, especially someone with an FHA loan.

McCallister said, "It`s rare because there are certain safeguards and guidelines that are in place to hopefully stop this type of thing from happening."

Those guidelines include proving the home is structurally sound and livable, among other things.

"I don`t know how that part gets missed. Then again, where there`s human involved there`s error."

At this point, McCallister says the homeowner doesn't have too many options.

"Contact an attorney. When we get to that point, we move out out of a real estate conversation and move to a legal conversation."

FOX43 Finds Out did talk to a lawyer and he says a case would depend on the wording of things like the appraisal, home inspection and the pest control report.
Dattoli is now talking with a lawyer.

He also says if he could get a re-do on the home buying experience, Dattoli  says he would have asked a lot more questions.

Send Jackie a message on Facebook or send an email to FOX43FindsOut@FOX43.com.