Sue Miller has been the owner of a pottery painting business for more than a decade. 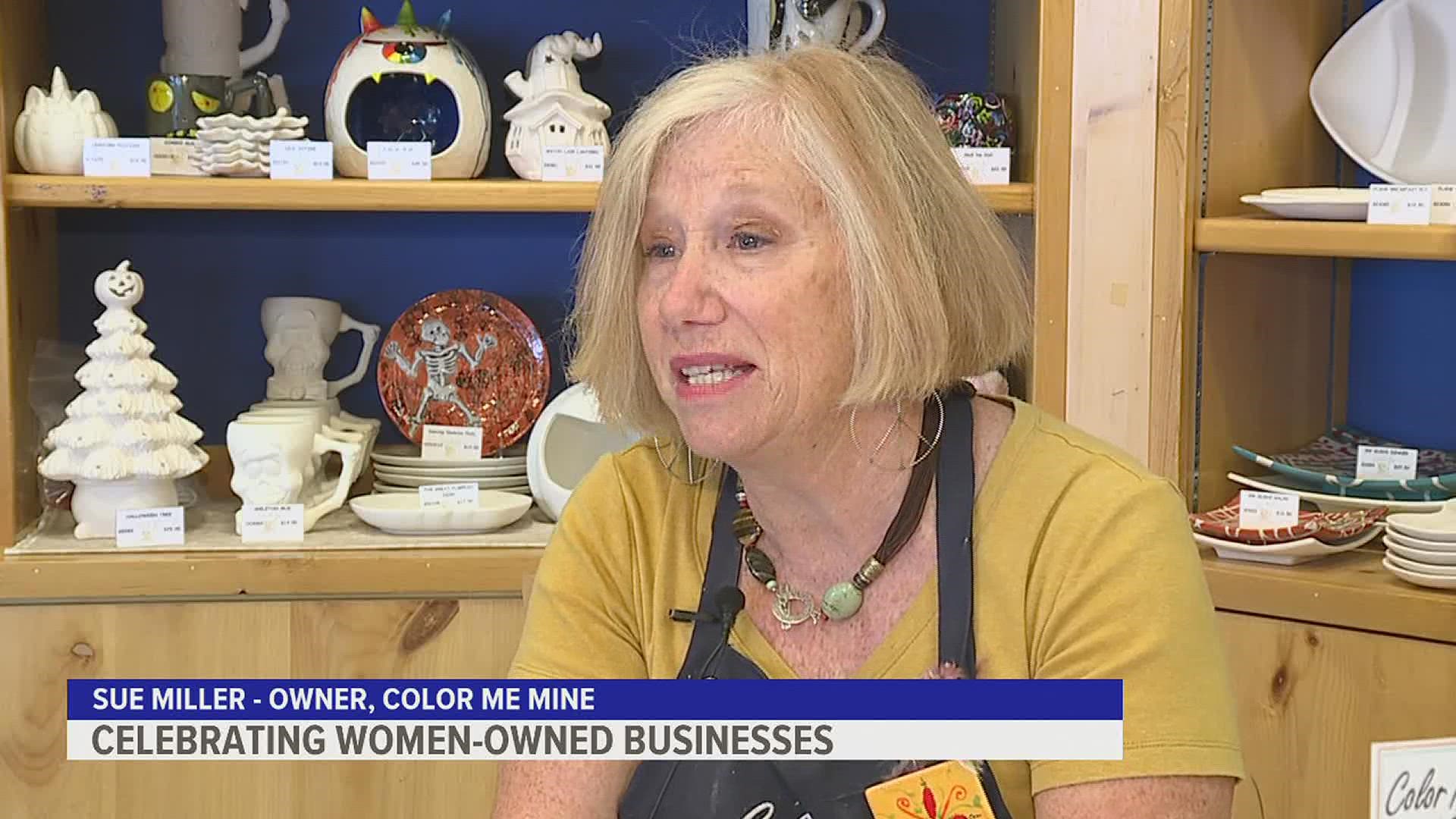 DAUPHIN COUNTY, Pa. — The thought of owning a business didn't cross Sue Miller's mind after a career of more than 30 years in ice-skating as a skater and a coach.

The loss of one of her best friends, Jill Whiting, made her think of the possibility.

"She ended up buying the studio from a previous owner, but unfortunately she did not live very long," said Miller, owner of Color Me Mine. "That's when I did some soul searching and decided someone is telling me to hang up my skates."

Miller has been the owner of Color Me Mine since 2009, carrying out the purpose she and Whiting had.

"I did not come at it as a 'wanting to own a business," said Miller. "I came at it as wanting to continue a business with my friend who's somewhere else."

People of various ages are able to come into the Color Me Mine studio and paint pottery. Once someone has made their creation, it is dipped into a clear glaze and then dried overnight. After drying, the pottery is placed into a kiln to slowly heat at high temperatures.

The process to cool down the object can take anywhere from 12 to 14 hours. Once completed, it has an abundant amount of shine and is ready to be taken home and saved as a memory.

Miller says what keeps her going day to day is the smile it brings to others.

"When people come back to pick up, it is super shiny and beautiful and they're amazed at what they created," she said. "That's the part that makes my heart smile every day."

For some women, starting a business may be difficult. Carol Kilko, Deputy Secretary for Business and Workforce Development of Pennsylvania's Department of Community and Economic Development, says it has to do partly with access.

"A lot of the small women-owned businesses start with their own credit cards, borrowing money from family and friends," said Kilko. "That typically is the way a women-owned business will get started, because they're just not in a position in credit to go to a bank to borrow the funding."

Kilko adds the lack of women-owned businesses also has to do with confidence and diversity as she says women are less likely to be seen in great numbers than men are when it comes to private entities.

"Females are not represented as much as the males, it still needs to be addressed," she said. "I think women need to be more comfortable asking for help, finding each other, joining groups that provide mentorship."

Miller hopes female entrepreneurs can gain more of this confidence by believing in themselves.

"I think the best thing you have to do is develop a passion for what you want to do, and know that there's nothing you can't do if you try," said Miller.

Kilko agrees and says it will add a boost in momentum and be better for surrounding communities.

"Don't feel uncomfortable about bragging about what your successes have been, you're ideas are, how you see you're future," she said. "Learn to really network and make yourself known.

"I think that that's important to have diversity in the types of businesses have so all needs are being met regardless of what industry the women-owned business is in." 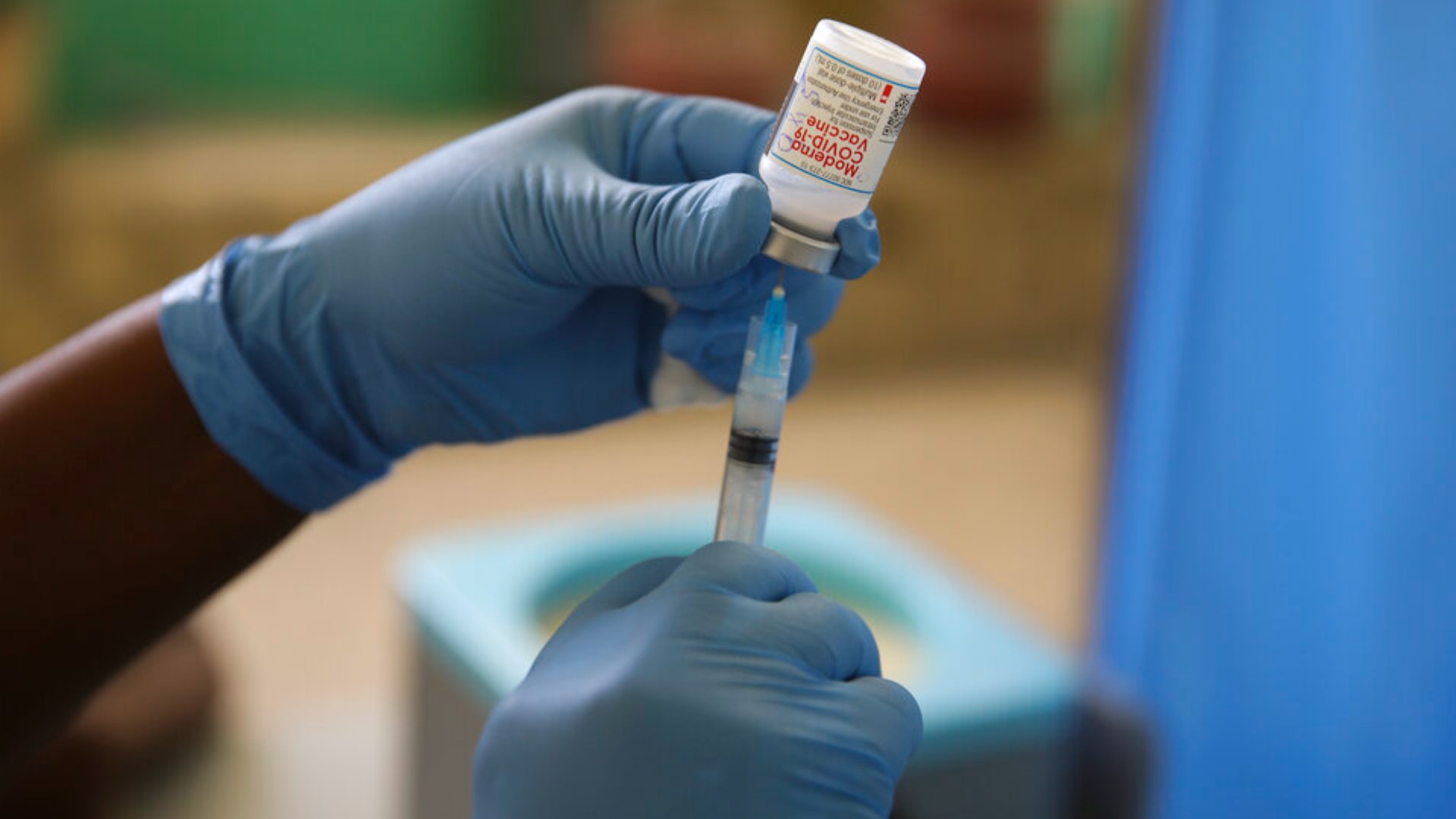 Does an employer pay for you to recover from a vaccine if they mandate the shot in the first place? | FOX43 Finds Out