Businesses get creative to hire amid worker shortage 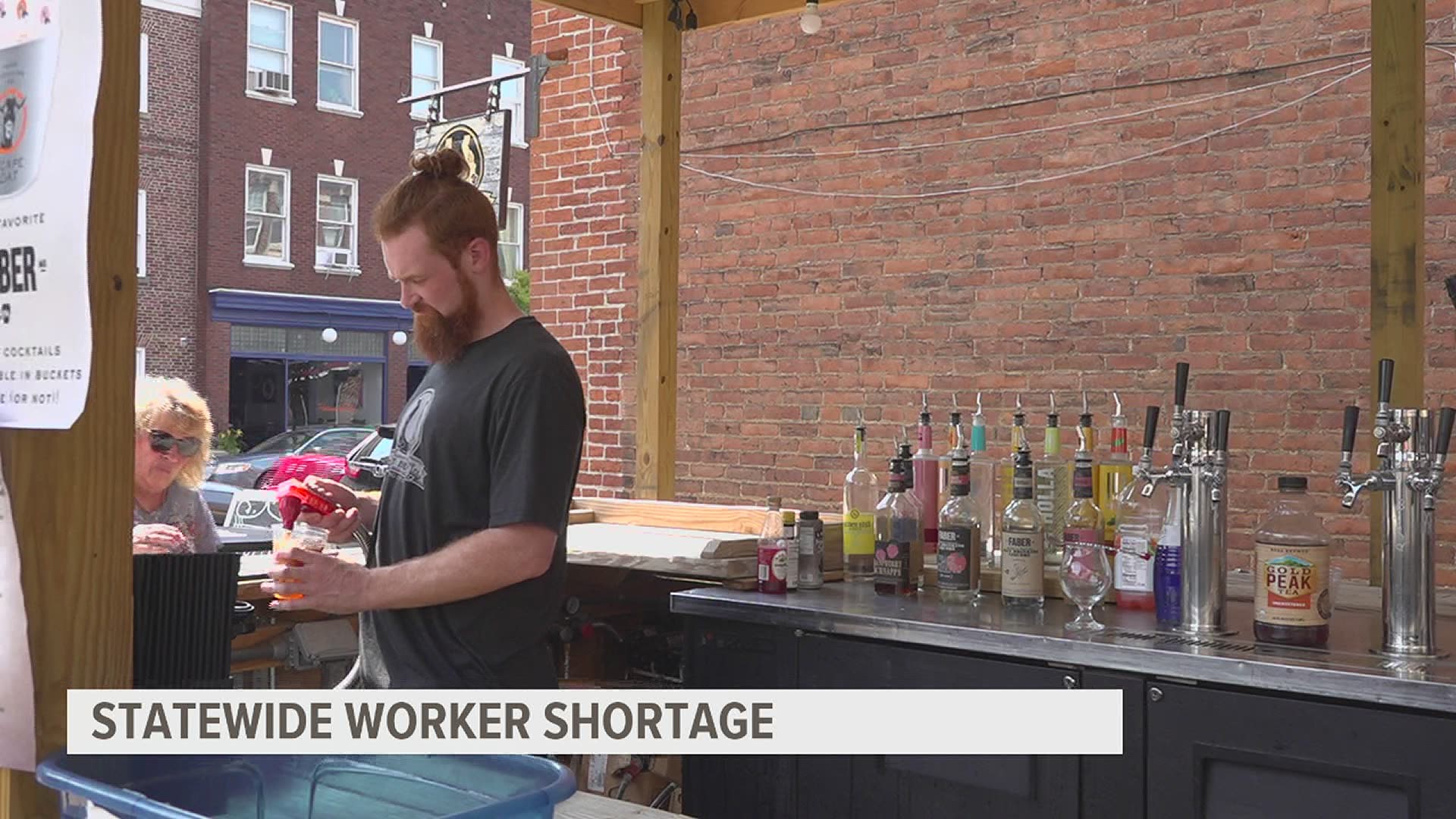 YORK, Pa. — The customers are coming back in, but the worker applications aren’t.

As businesses across the state and country reopen, many are struggling to re-hire full staffs. The problem is magnified for the hospitality and entertainment industries, which make the bulk of their earnings over the summer.

Applebee’s offered free appetizers for job applications at a nationwide May hiring event.

Wawa is offering a $500 signing bonus for new employees and a free Shorti hoagie each shift.

“The big corporations are really trying to get their hooks into people. If they’re struggling to get people, it’s not surprising that a bar in a city like York is definitely struggling to get bar staff, waiting staff, stuff like that,” David O’Leary, yard manager at Gift Horse Brewing Company in York said.

O’Leary runs his own business bartending at private events, but stepped up to work at the brewery and bar when he heard they were struggling to find workers.

“We don’t get any resumes. No one’s actually coming in and looking for jobs too much. It is all friends, family, hearsay and stuff like that,” O’Leary said.

The worker shortage is resulting in higher wait times and shorter operation hours.

Dorney Park  in Lehigh County announced they are shaving two days a week off their normally seven-day-a-week summer schedule.

Company officials wrote in a statement:

“While we are aggressively recruiting and adding new staff daily, we must adjust our operating calendar based on our workforce availability.”

There are several reasons behind the worker shortage, such as lingering pandemic concerns and continuing home obligations. But O’Leary said he believed the largest single reason for the lack of applications was enhanced unemployment benefits.

“People have told me with unemployment being so high, it’s not really driving them out to get back into the workforce because why would you work for less money than if you couldn’t work?” O’Leary said.

Extra federal unemployment payments of $300 a week are scheduled to last until Sept. 4, but legislation has been introduced in Pennsylvania to end it sooner.

“Once that runs out, the market is going to be flooded and there won’t be the opportunities that there are now,” O’Leary said. “So, I definitely think people should start getting out now.”