The study found that students who interacted directly with the pets showed significantly less cortisol in their saliva after the interaction. 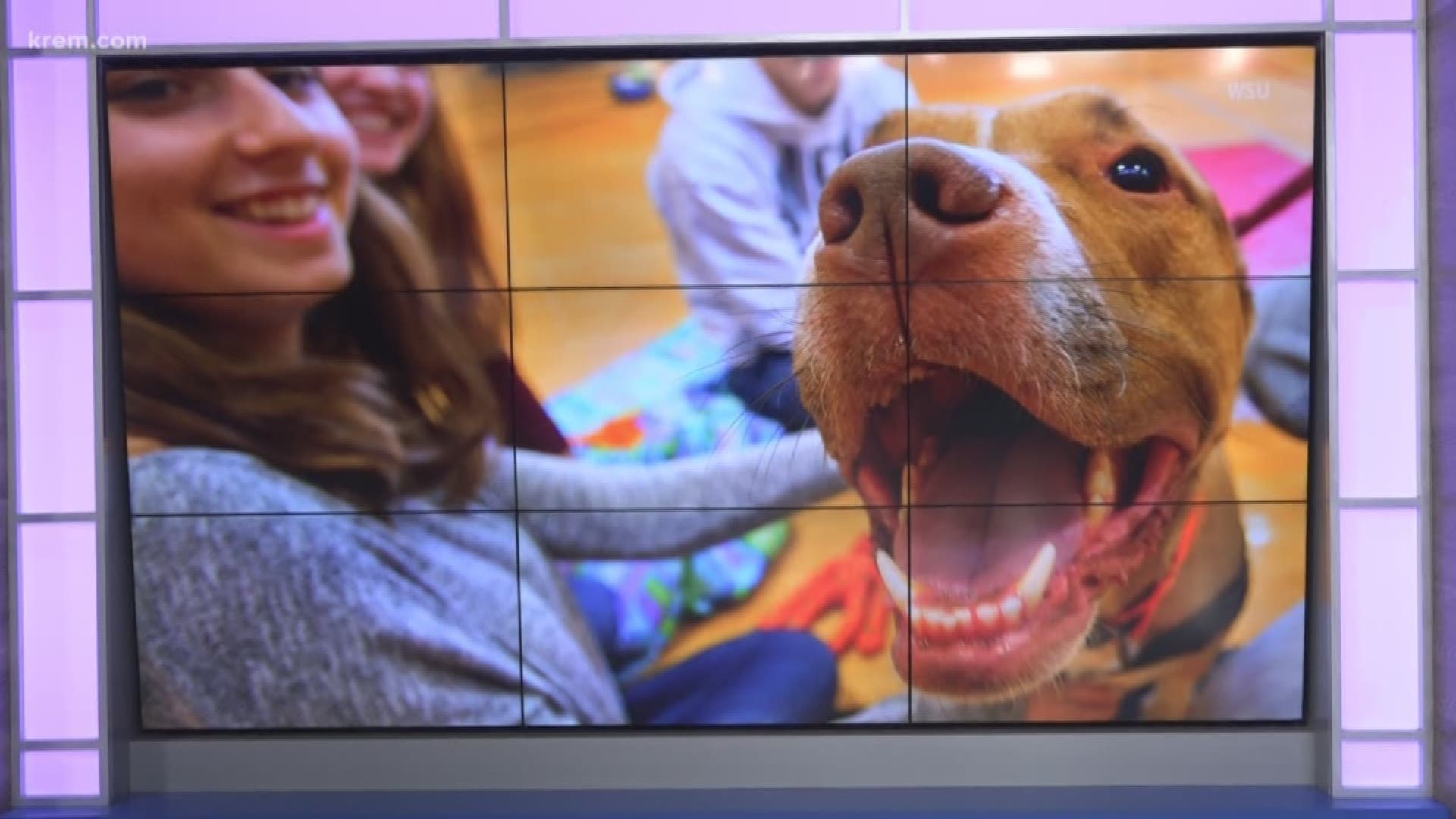 PULLMAN, Wash. — Dogs are known as “man’s best friend” for a reason.

In a new study, researchers with Washington State University say interacting with animals can decrease stress in humans.

“Just 10 minutes can have a significant impact,” said Patricia Pendry, an associate professor in WSU’s Department of Human Development. “Students in our study that interacted with cats and dogs had a significant reduction in cortisol, a major stress hormone.”

The study consisted of 249 college students who were separated into four groups.

Pendry said their study was the first study that demonstrated reductions in students’ cortisol levels during a real-life intervention rather than in a laboratory setting.

The first group received hands-on interaction with cats and dogs for 10 minutes. The group could pet, play and spend time with the animals. The second group observed other people petting animals while they waited in line for their turn. The third group watched a slideshow of the same animals available during the intervention. The final group was “waitlisted” which meant they waited for their turn quietly for 10 minutes without their phones or other stimuli, but were told they could interact with the animals soon.

Several salivary cortisol samples were collected from each participant, starting in the morning when they woke up.

The study found that students who interacted directly with the pets showed significantly less cortisol in their saliva after the interaction. The results were found even while considering that some students may have had very high or low levels to begin with.

“We already knew that students enjoy interacting with animals, and that it helps them experience more positive emotions,” Pendry said. “What we wanted to learn was whether this exposure would help students reduce their stress in a less subjective way. And it did, which is exciting because the reduction of stress hormones may, over time, have significant benefits for physical and mental health.”

Pendry says the preliminary results are positive and they were continuing with a follow-up study.