Here's where you can watch baby cheetah cubs at the Smithsonian, four of which just got named

The Smithsonian even has a cheetah cam set up 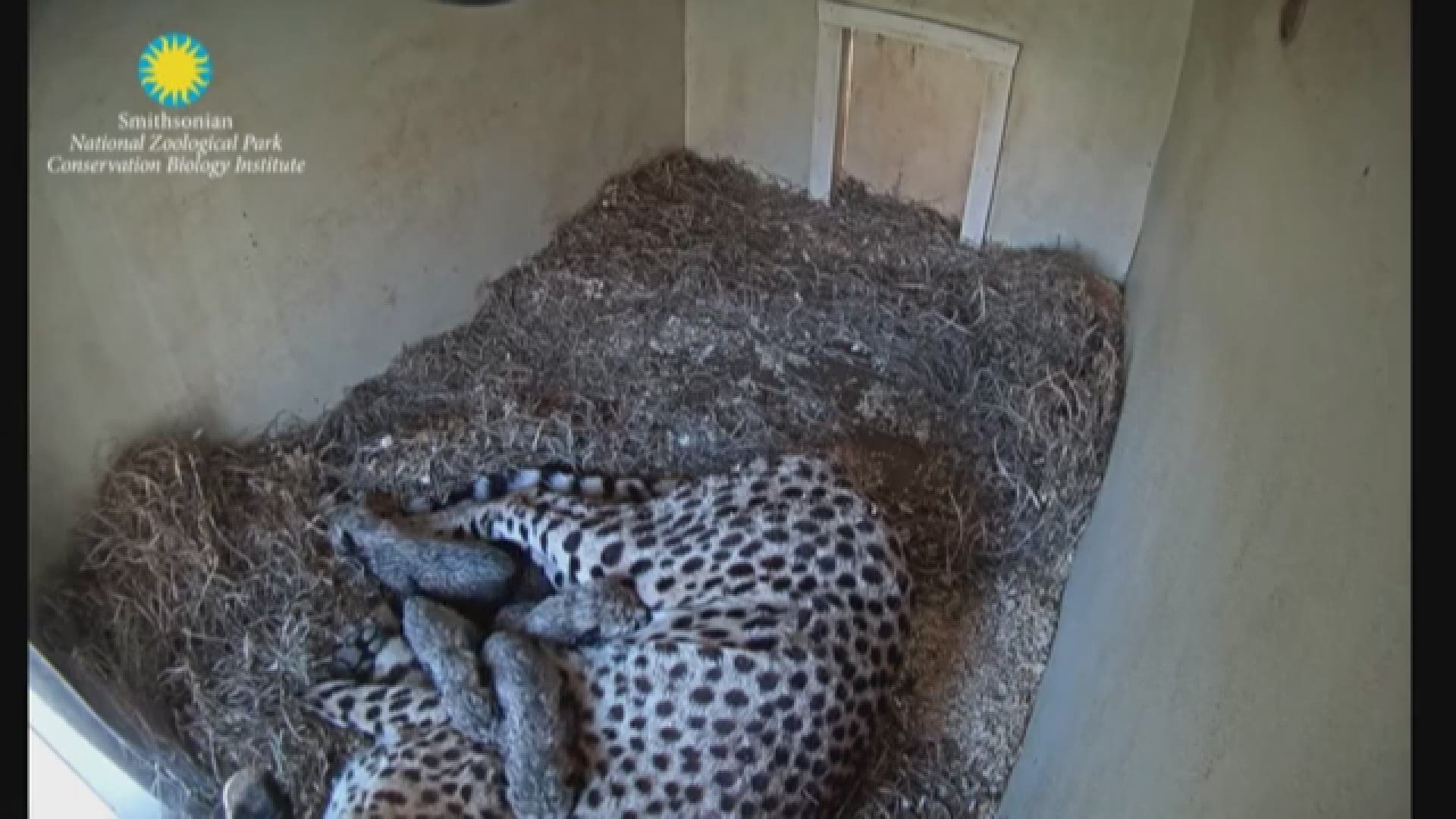 WASHINGTON — UPDATE:  The babies have been named! The female is Ambala and the male cubs are Jabari, Erindi, and Hasani. The Smithsonian wanted to give a big thanks to all that voted!

Look, we know there is a lot happening in the world right now. But this is important!

The Smithsonian’s National Zoo and Conservation Biology Institute is asking the public to help name the litter of four cheetah cubs who were born back on April 8. Animal lovers have been able to watch the sweet and snuggly babies via the Zoo's cheetah cam.

The babies are from 5 year-old National Zoo cheetah mom Echo and sired by 4-year-old cheetah dad Scott. Staff have been closely monitoring Echo and her cubs via the webcam and have been able to connect with zoo-goers virtually because of the pandemic.

A list of names was submitted to the Zoo from the Smithsonian's membership organization and other zoo employees, and now they need your help picking the winners.

There are three options for the one female cub:

And five options for the three male cubs:

Voting for the names starts today, May 22 and will go through May 26. To cast your vote for the winning name, simply go on the Zoo's website.  Zookeepers will  announce the final names on May 27!

If you love the zoo and miss going in person, fear not. The cheetah cam is one of six live animal webcams the Smithsonian Zoo offers.

The Smithsonian team in charge of the cheetahs is part of 10 other cheetah breeding centers in the US that make up the Cheetah Breeding Center Coalition. The coalition aims to help create and maintain a sustainable amount of the North American cheetah population and helps ensure they receieve proper human care.

RELATED: Luke, the National Zoo seal, has been euthanized