The dangers of jerky treats with Dr. Bill Lewis

The FDA has received thousands of reports of jerky treats making pets sick, and Dr. Lewis offered some insight into why that might be. 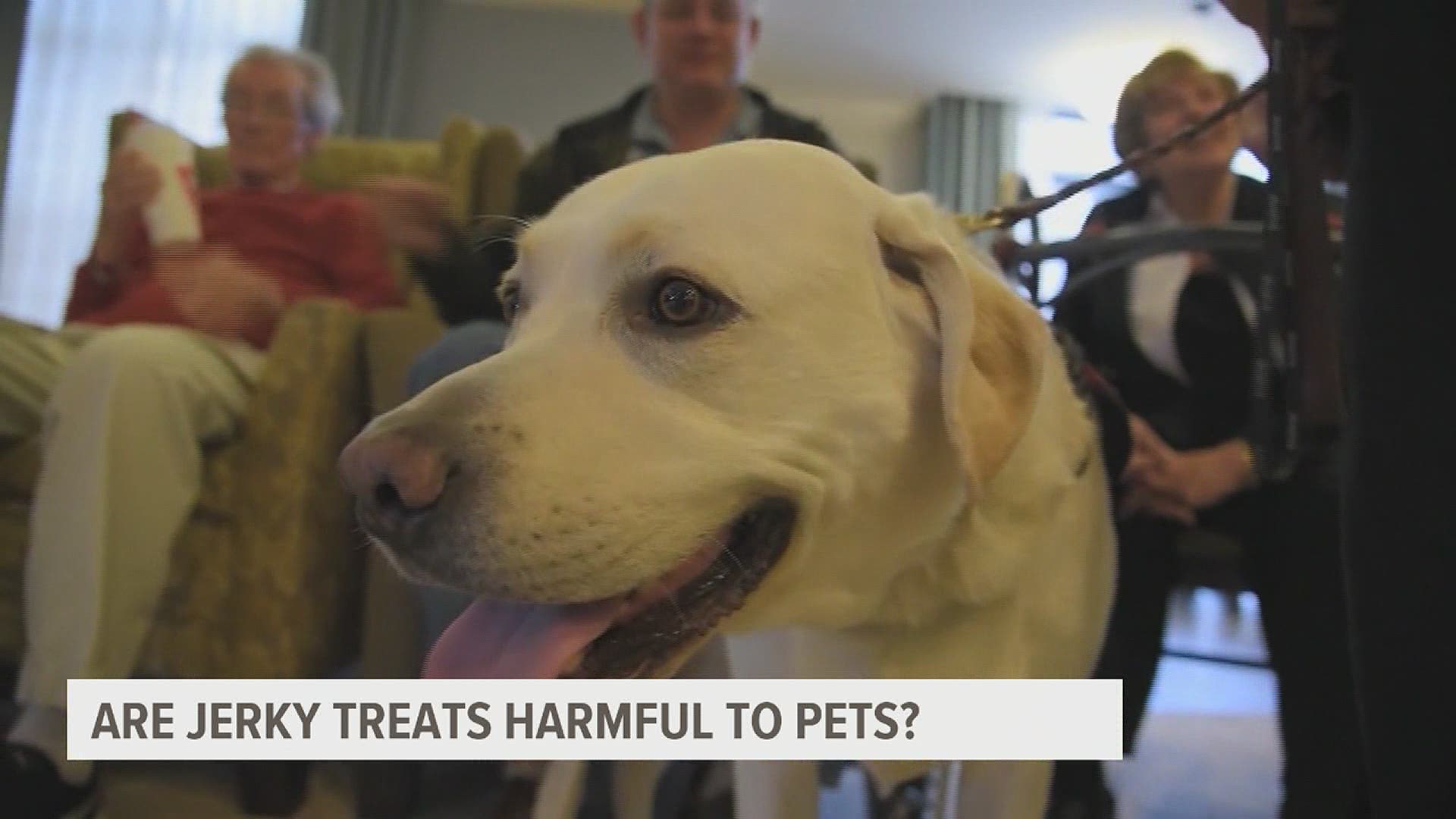 YORK, Pa. — Dr. Bill Lewis of Lincoln Highway Vet Clinic spoke with FOX43 on June 1 about being cautious about the types of treats you buy for your pets.

The Food and Drug Administration (FDA) has said it has received thousands of reports of jerky treats making pets sick, and Dr. Lewis offered some insight into why that might be.

First, there is a difference between jerky treats and other pet treats. Dr. Lewis said that jerky treats tend to be more processed.

He said that he himself has seen pets get sick and in the worst cases, die, from the wrong jerky treats. He said that one of his main issues with jerky treats is that while they are made in the United States, the ingredients are often both domestic and imported, which makes it difficult to know everything that goes into them, because international companies aren't required to let the FDA know.

Dr. Lewis said that if you suspect your pet is having a bad reaction to a jerky treat, you should pay attention to whether they are vomiting, specifically blood, and whether they have diarrhea. He said that excessive thirst and general behavior changes are also tell-tale signs.

He said that if you want to buy your pets a jerky treat, look at the labels to see where it was made, as in the United States, things are more-heavily regulated.

To hear more of what Dr. Lewis had to say, check out the clip above. To learn more about Lincoln Highway Vet Clinic, visit their website.