Active service members, veterans, and family members held ceremonies honoring the men and women who died in the line of duty and those who are still active members 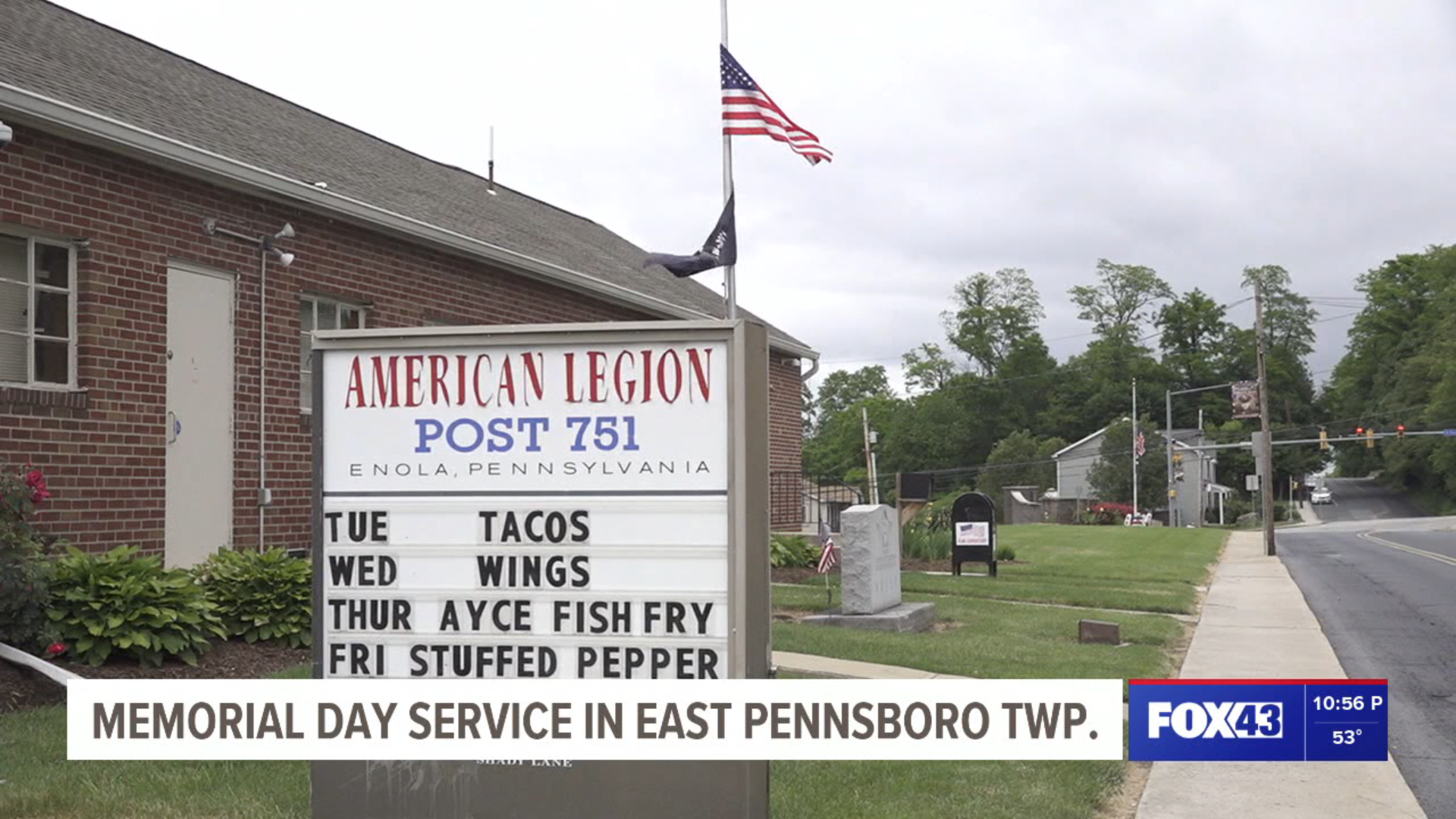 ENOLA, Pa. — The American Legion Riders of American Legion Post 751 held a Memorial Day service in Enola, East Pennsboro Township to honor veterans and those who are still actively serving.

Active members who spoke stressed the importance of the true meaning of the holiday.

"Memorial day is a stark and often painful reminder of those who were never afforded the opportunity to be honored as veterans for their service to our country," said Samantha Miller, combat medic and full-time active member for the Army National Guard.

The service included ceremonies such as the field cross ceremony conducted by the American Legion Riders and the presentation of colors presented by the ROTC students of East Pennsboro High School.

Their teacher, Gunnery Sergeant Robert Ranis was awarded a refurbished motorcycle in honor of his service and hard work.

Sgt. Ranis served more than 20 years in the army and marine corps and says the holiday has greater importance than celebratory activities.

"For service members, we reflect on the sacrifices that not only we gave but the ones that never even came back," said Sgt. Ranis.

Miller adding what these active and past members represent to the country.

"Whether they volunteered at a time of war, served during peacetime, or never expected to wear a nation's uniform until the draft card arrived, they represent the best America has to offer," she said.