Mark Kalina's life turned upside down back in 2012. But he turned it into a positive so he could pass it on. 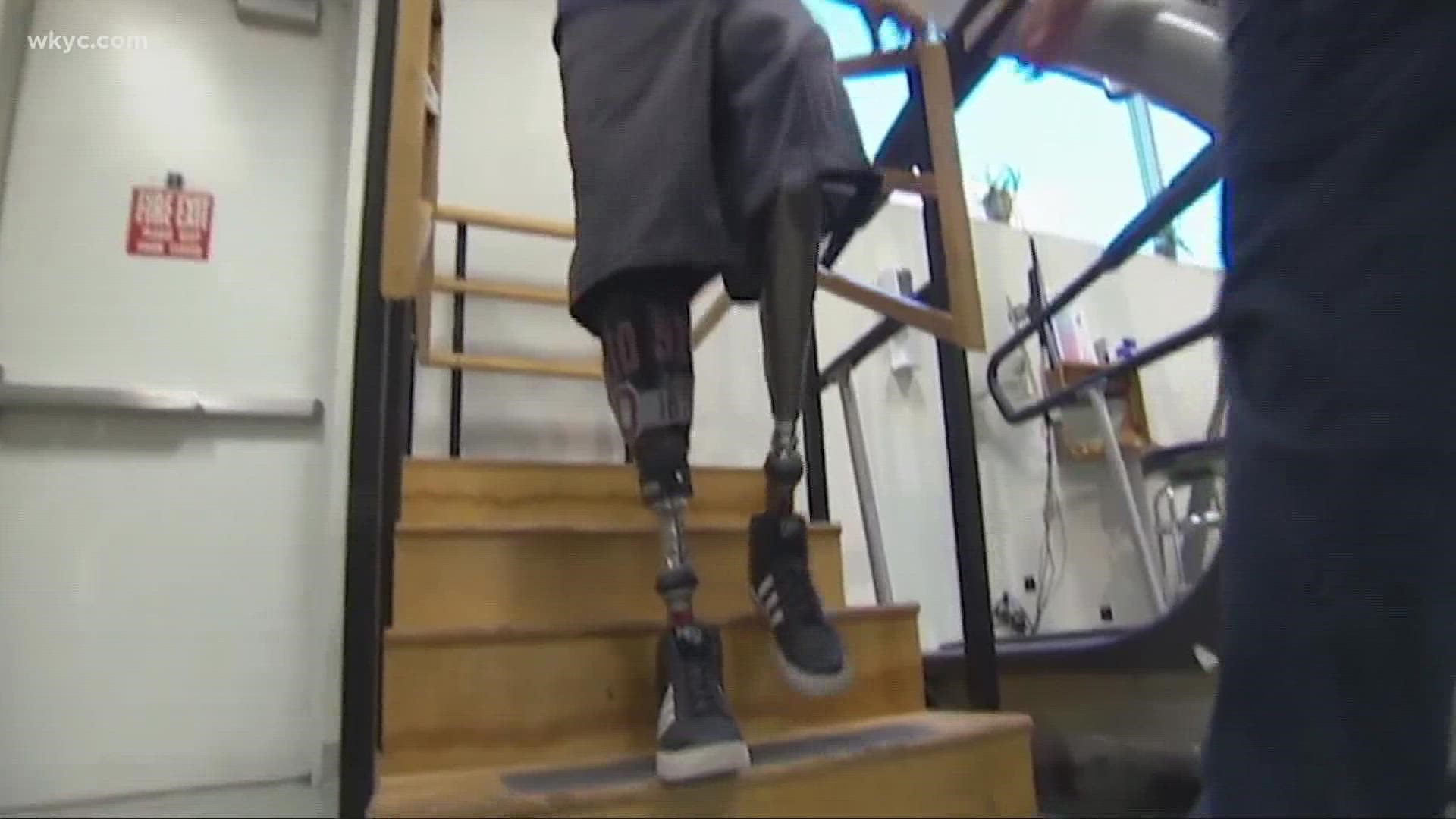 CLEVELAND — When you think of train tracks, you may think of two continuous lines, carrying a heavy load to their destination.

For Mark Kalina, Jr., a freak accident along those lines caused his life to derail.

"I was walking along this train that wasn't moving. I thought I was being safe enough but I lost my footing, my sleeve got snagged on the train. And then right there, it started moving," Mark said.

Suddenly, the life Mark had envisioned for himself, was gone.

"Ended up on my stomach, on the ground between the two rails with the train going overhead," Mark explained. "So my left leg was missing. I didn't even know my right leg was gone."

He called 9-11, but as timed ticked on, so did thoughts of not making it out alive.

"Even though there were first responders there, I didn't think they could save me because I'd just been there so long," Mark said.

His life was saved thanks to nurses and doctors, but when he woke up, it was to a new beginning.

"It didn't matter what was happening. I was just happy to be alive," Mark explained.

The gratitude of waking up sustained him in those early days. Soon, reality would come charging in.

"I started having those thoughts, like 'how do I finish school with no legs? How do I get married and not have legs? How can I have kids and chase after them if I don't have legs?'" Mark shared.

The answer would not reveal itself overnight. But soon, with hard work, therapy, and prosthetics, he knew he could be everything he'd always hoped for and more.

"I thought to myself, 'I'm never going to be able to do this. It hurts too bad,'" Mark said of learning the prosthetics.

But he took the hurt and turned it into a movement.

For the past several years, Mark has volunteered at MetroHealth Medical Center-- sharing with other survivors about his will to live his new life, with purpose.

"Every time I walked into those people's rooms, I see myself and how I was, and all those worries I had," Mark said.

Worries, he wanted to ease, by starting the Mark Kalina Foundation.

"Having gone through my entire experience, my family and I had noticed the huge financial stress that it puts on families. No one plans for a trauma," Mark said. "There's still an out-of-pocket expense and there's some people that don't have insurance and there's other people that want things that insurance won't cover. So noticing that, we wanted to create the foundation to provide that assistance to people."

Once derailed, Mark appreciates where his life has taken him: He's married with kids, and continues to build the foundation, which helps people just like him.

"I was 23 when I got my legs cut off. I wanted to be the most independent person ever. I had to lean on someone for everything. And once I got over that and started asking for help, it made things easier. and It's probably why I got my independence back so quickly. So sometimes we get in our own way. We're afraid to ask for help. But, there are people that want to help you, and can, so you should let them," Mark said.

RELATED: 'You can do anything you want to do': Double amputee becomes Texas police officer