After significant loss, the Franklin and Marshall junior is using her experience to provide resources for others 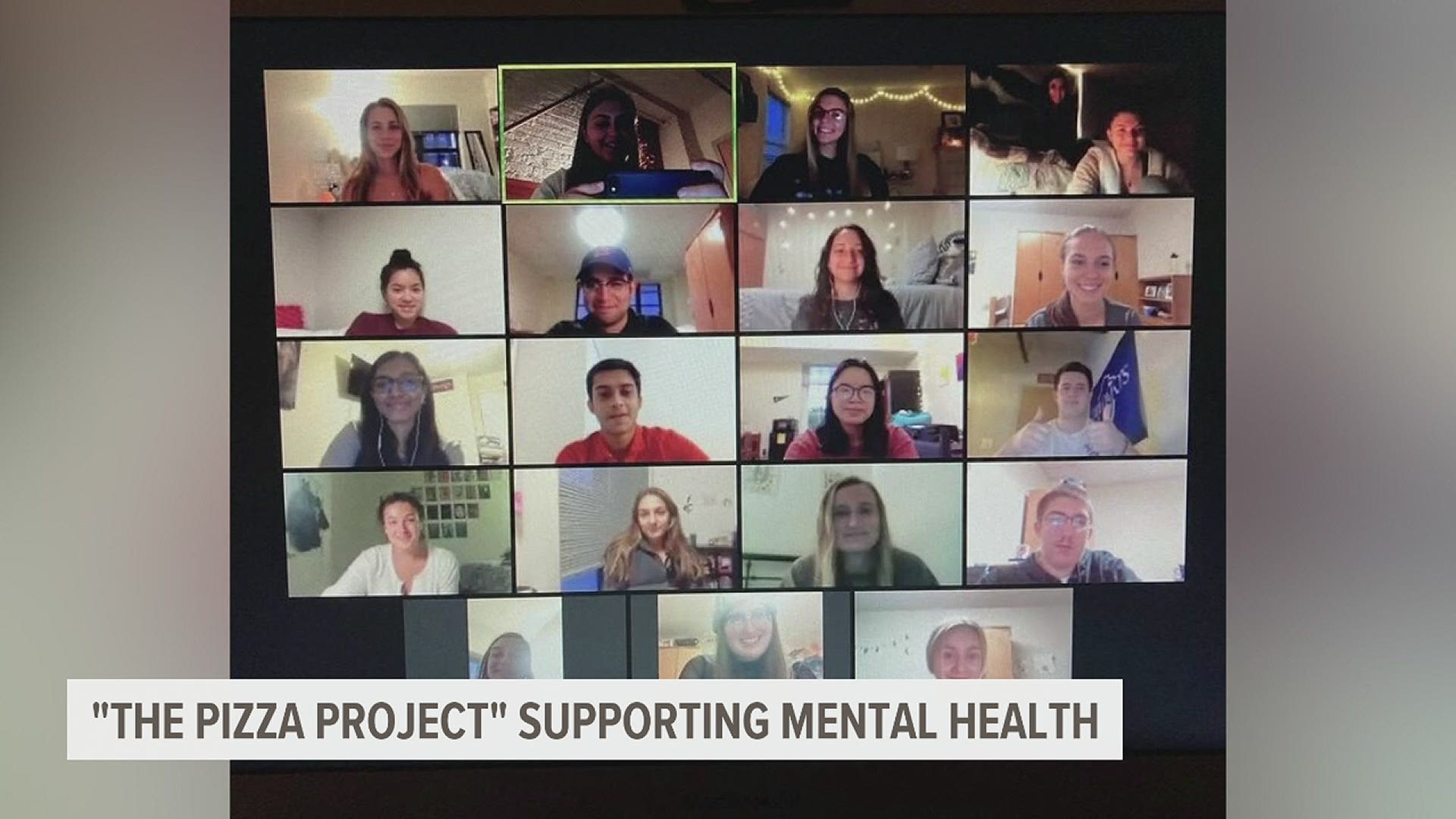 LANCASTER COUNTY, Pa. — Franklin and Marshall college junior Braden Renke knows all too well about mental health struggles. Not only is she attempting to obtain a degree during a global pandemic, she also lost her father to suicide as a freshman.

However, instead of letting all of that get the best of her, Renke is determined to turn her experiences into a light for others.

"I saw a major gap in mental health awareness for a lot of people. I felt like people wanted to get involved but didn't know how," Renke said.

So, she started "The Pizza Project."

Pre-coronavirus, the group would meet for one hour every Friday night, for pizza and discussions on mental health.

The idea was inspired by her father, Steve, who owned a pizzeria. When speaking of him, she talked about his generous nature. "He always gave away free pizza to the high schoolers, or the band, or local churches or sports teams," Renke said. "and that's kind of like my way of tying him into it while also giving back."

When Renke initially started "The Pizza Project," it was of her own fruition. She gave pizzas away with her own money by getting a campus job, and sometimes even asking her Mom for help.

Now, after being officially recognized as a campus organization at the start of this semester, the club already has nearly 50 students involved. Braden also doesn't have to pay for the pizza herself anymore. And all the students are surely excited to get back to campus to see each other, and Renke's dog - Sandy, who has become sort-of a trademark of the group.

"The Pizza Project" not only lists F&M College mental health resources, but Lancaster County and national resources as well.

And pizza aside, Renke's final message remains clear, that you're never alone.

"People would much rather hear what you have to say, then wonder about it if you're not here," Renke said. "So, definitely reach out if you need too."

You can find more information on "The Pizza Project" here. If you are in a mental health crisis, you're also encouraged to seek help. You can reach the National Suicide Prevention Helpline at 1-800-273-8255(TALK), or find additional resources here.