Captain's new partner served 20 years in the Marine Corps and was injured in combat multiple times. 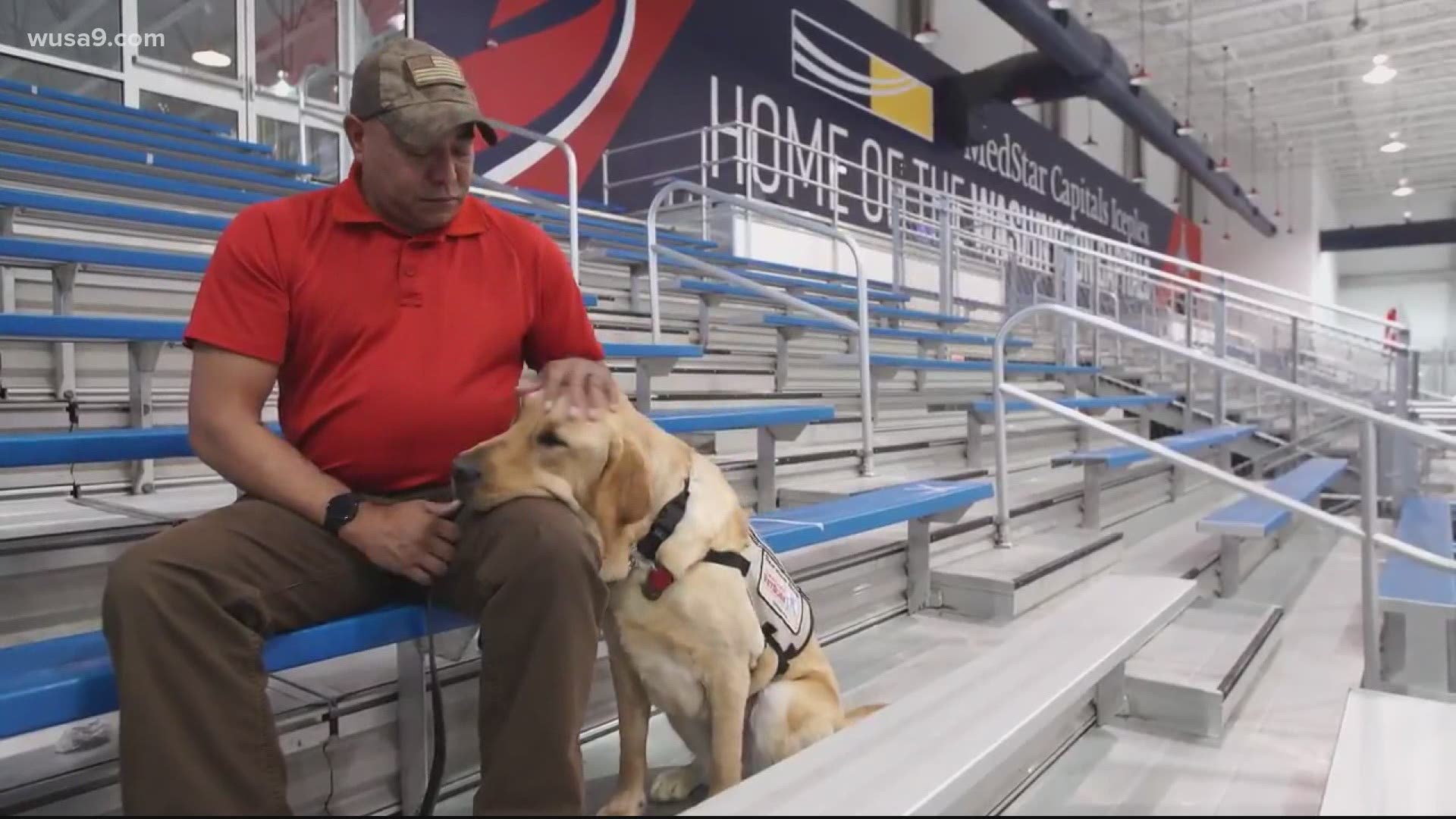 Captain took the hearts of Washington Capitals fans in 2020 when he joined the team as an unofficial mascot.

The Capitals had fun with Captain during his time with the team.

He has his own Twitter account, and the Caps public relations and marketing team used him in posts about Valentine's Day and for the holidays. And of course, Captain had plenty of adorable videos interacting with Caps players.

Captain is one of multiple "team pups" that some National Hockey League teams have had as unofficial mascots.

Now, he'll help Gwathmey, who is from St. Leonard, Maryland, with several tasks and cues to help mitigate his veteran's disability including retrieving dropped items, counterbalance, summoning assistance, seizure response, positional cues to extend personal space, and PTSD cues such as rest, nightmare interruption and shake, the Capitals said in a press release.

he suffers from PTSD and seizures and from now on ill be right by his side to help him get through it -- i’ve been training all my life for this moment !! pic.twitter.com/YfwLXDLlSW

Gwathmey has served the United States throughout the world, including in Desert Storm, Somalia, Rwanda, Liberia and Bosnia. For three years during a stateside assignment he was a member of the Chemical Biological Incident Response Force, which was responsible for the clean-up of the anthrax-infected Hart Senate Building and the two Washington, D.C., post offices after the anthrax attacks in 2001, known as Operation Noble Eagle.

Gwathmey's first Operation Iraqi Freedom deployment was during the invasion of Iraq in 2003 where he was injured during a building collapse. During his second deployment in 2004, Gwathmey blacked out following a combat mission and was evacuated to Germany for medical treatment. Upon returning to Iraq, and following the siege of Fallujah, he was injured during a combat operation. During a third tour in Iraq, Gwathmey was yet again injured during patrol when a series of IEDs exploded. The percussions from the explosions exacerbated his previous head injuries, and he suffered traumatic brain injury, which brought on a seizure disorder. He medically retired from the Marine Corps in 2011, after 20 years of service.

We’re so proud of the amazing work Captain has been destined for from the start with @americasvetdogs.

His extensive training has now prepared him to help retired U.S. Marine Corps Master Sgt. Mark and make him and his family happy and comfortable. pic.twitter.com/Qptev5H1z0

RELATED: Captain takes in last game with Washington before he heads to service dog 'Training Camp'