Ahmed Muhammed graduated from Oakland Tech High School with an outstanding GPA of 4.73. 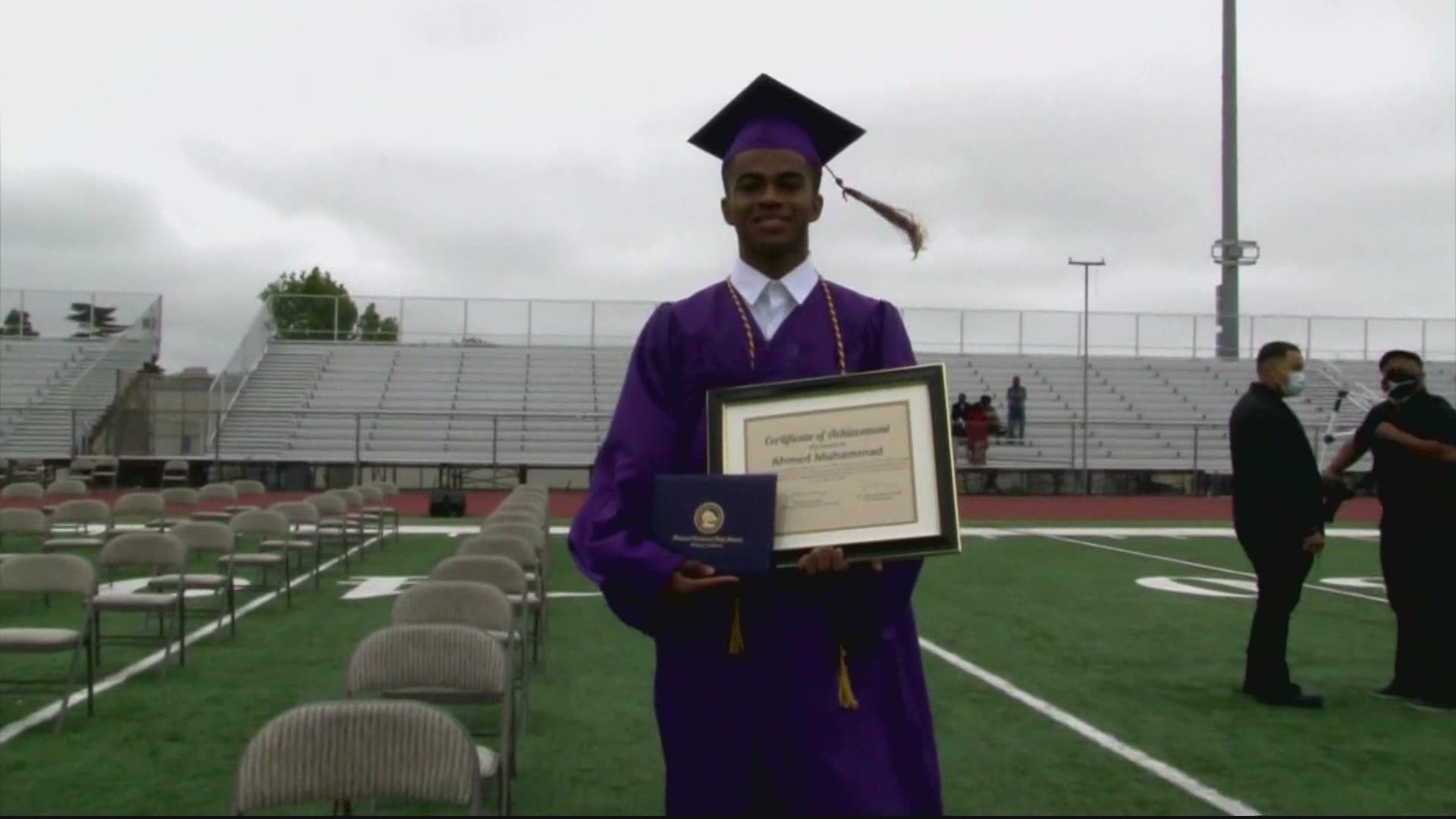 WASHINGTON — This time of year, we celebrate grads and dads. This story celebrates both.

Ahmed became the first Black male to be the valedictorian at his high school.

He did it in a city where only about two-thirds of Black males in high school graduate.

His motivation to succeed came from his dad, a retired firefighter, and his dad's high expectations.

In fact, his dad's expectations were so high, he told his son that he wouldn't go to his graduation unless he was the school's valedictorian.

Sure enough, Ahmed followed through and was named valedictorian.

Congratulations on your great achievement, Ahmed.