The twin boys captured the hearts of many four years ago, and now they're taking the next step on their lifelong journey: graduating pre-K. 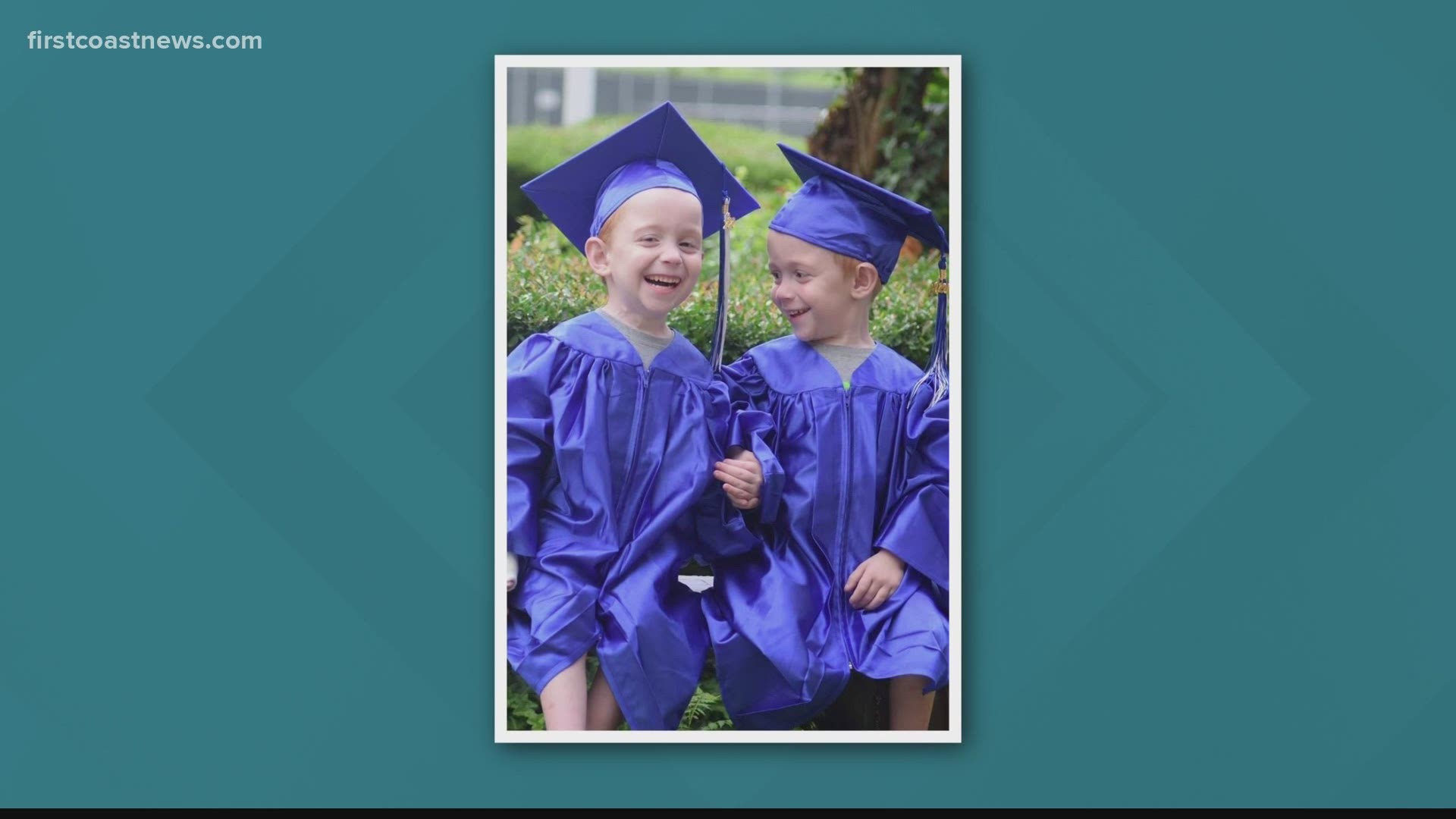 JACKSONVILLE, Fla — Two young boys whose story has touched the hearts of people across Jacksonville and across the nation have reached a new milestone: They graduated pre-K.

Join us in congratulating Carter and Conner Mirabal! They finished their first year of school and are getting ready for kindergarten next year.

The boys were the first and still the only set of conjoined twins to be born in Jacksonville. They survived a 15-hour separation surgery and spent the first year of their lives in the hospital at Wolfson Children's Hospital recovering.

First Coast News has been following their story every step of the way, and we wanted to share the good news of this milestone with you.

CONGRATULATIONS CARTER & CONNER!
Jacksonville's formerly conjoined twins have graduated pre-kindergarten!
Their aunt sent me these adorable photos & it is amazing what these boys have been through: born conjoined, survived a 15-hr separation surgery and now on to kindergarten! pic.twitter.com/3WfkB15j9n

RELATED: From a 25-percent survival rate to the first day of school: The journey of Jacksonville's formerly conjoined twins

The boys were born in December of 2014, facing each other and sharing a liver and intestinal tract. Part of their abdominal wall was also not completely closed, so doctors had to cover the area with plastic sheeting.

The first photo of conjoined twins, Carter and Conner.

In August, the Mirabal family shared the twins first-day-of-school pictures with First Coast News, an accomplishment that would have seemed impossible in December of 2014.

"Our babies started school today," the family posted on Facebook. "Carter was sad. Conner didn't cry at all. Conner was being such a good brother comforting Carter as we left. We are so proud of them! Please pray for our babies today."

Back in 2015, Michelle Brantley told First Coast News that the boys are teaching everyone they meet that sometimes strength comes in the smallest of packages.

"We are blessed to be going through it because this doesn't just happen to anybody and they are miracle babies," Michelle said.

RELATED: Conjoined twins separated at UF Health reunited in time for the holidays