The "2021 housing market is going to be great for our little city," says local realtor, as Capital Area lands on Realtor.com list 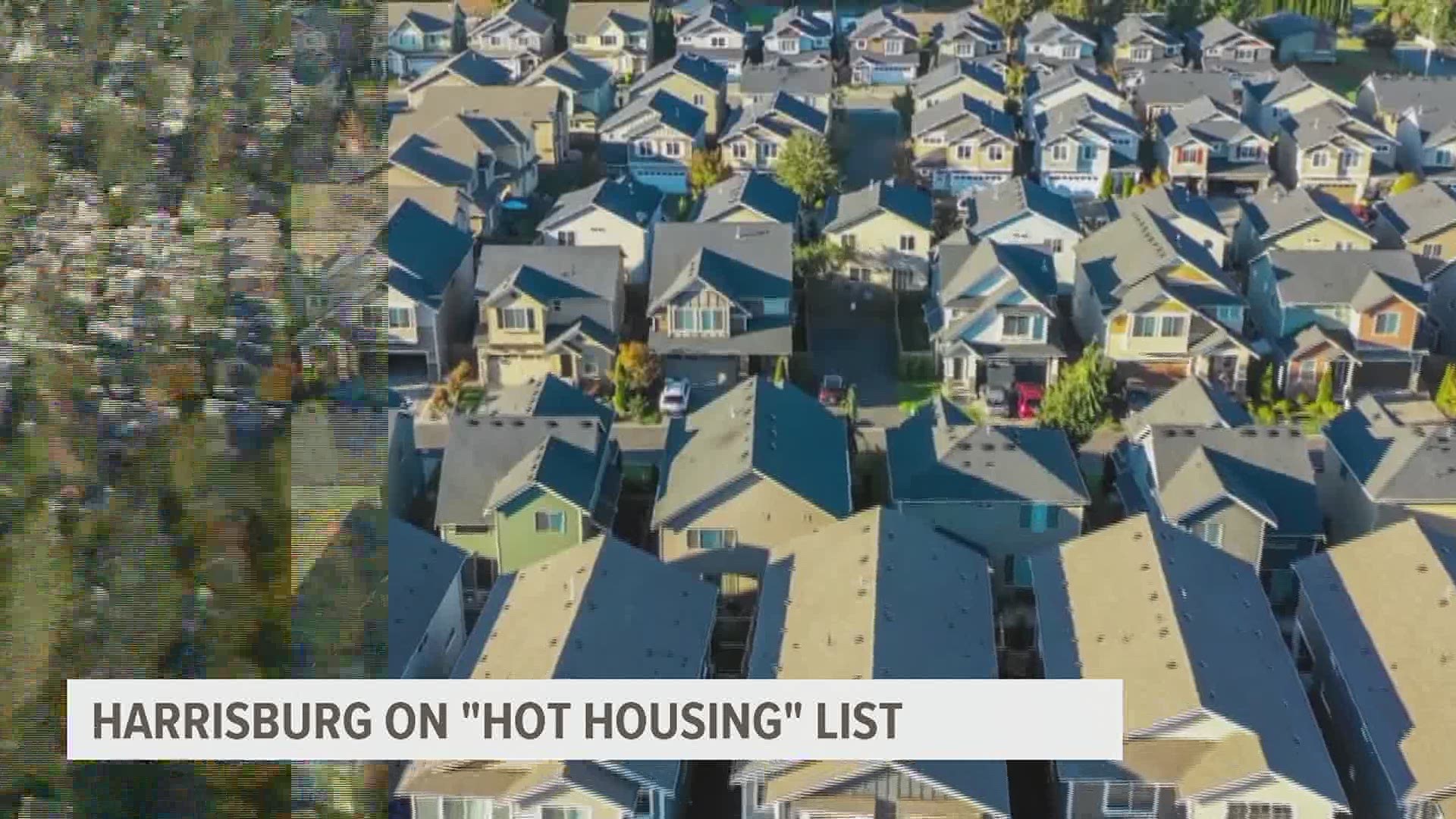 HARRISBURG, Pa. — Angie Miller has watched her hometown of Harrisburg, Pennsylvania go from being the notorious center of one of the country's worst disasters to now being one of its most desired places to live.

Miller has been a realtor specializing in the Harrisburg area, including the West Shore of Cumberland County, for decades, where she learned from her mom, who was one of the region's leading realtors for decades before her. She's seen the worst, and now she's seeing the best.

"We were really only known for Hershey's chocolate and Three Mile Island, but now we’re actually recognized on a list which I think will draw people to us," Miller said. "We're the little city that could."

The list which Miller is referring to is from well-known real-estate website Realtor.com, which has placed the Harrisburg-Carlisle market seventh of its list of Hottest Housing Markets of 2021. The Capital Region's central location to major cities like New York, Philadelphia, Pittsburgh, Baltimore, and Washington D.C. plays a central role in its ranking, along with the plethora of state government jobs which come with being in a capital city. Along with those reasons, the Harrisburg market is a realtively inexpensive place to live; a $269,000 median house value is least expensive among other cities on Realtor's top ten.

The cost-of-living is especially appealing to young adults, according to Realtor.com's experts. "Millennials in particular have been drawn to the area as both first time homebuyers and move-up buyers looking for more space for their growing families," according to a blurb on the website.

It's almost as if Realtor's experts spoke with Elizabeth Southerlan and her husband Luke before they put the Harrisburg area on their list.

The Southerlans, and their baby daughter, were living in New York City prior to the pandemic. They loved the energy of the concrete jungle. However, when COVID-19 hit the city and closed down daycare centers, Elizabeth and Luke, both working parents, realized moving was inevitable.

"It was always in the back of our minds that we would think about living in a different place," Elizabeth said.

COVID-19 simply sped up the process. The Southerlans decided they had to get out so they could work and their daughter could still get care.

Elizabeth grew up in the area and went to Hershey High School. Her parents still lived there. So the Southerlans transplanted to South Central Pennsylvania and moved in with Elizabeth's parents in April. Both Elizabeth and Luke were able to continue working remotely, and by August, they became homeowners for the first time.

"This was always a great place to grow up," Elizabeth said. "I sort of forgot about how valuable it is to have fresh air outside."

Credit: Elizabeth Southerlan
The Southerlans, in Hershey, Pa., after moving away from New York City in the early stages of the COVID-19 pandemic.

The Southerlans were lucky. They found a house at a time it is increasingly difficult to buy one. Because of the pandemic, and the Harrisburg area's growing stature as a desireable place to live, people aren't leaving their homes. The houses that do go up for sale result in fast-pace bidding wars and go off the market within days. It's why Miller stresses for those buying, it's important to be patient, and be prepared to put in multiple offers for homes at any given time.

She does, however, expect that to change as the pandemic improves.

"I think the inventory is going to loosen up, the interest rates are going to remain low, and I feel like the 2021 housing market is going to be great for our little city."

According to Realtor.com, Harrisburg's projected 2021 statistics are:

The state capital of Pennsylvania has become a hot spot for buyers looking for the quiet suburban lifestyle, more space, and increased affordability. Harrisburg is centrally located near New York, Baltimore, Washington D.C., Pittsburgh and Philadelphia. Millennials in particular have been drawn to the area as both first time homebuyers and move-up buyers looking for more space for their growing families. Harrisburg boasts a strong job market not only for government employees working at the state capital, but those in healthcare and shipping industries as well. One of the biggest draws to the area is the ability to go from downtown, to the suburbs, to more rural areas, in under 15 minutes.