Check out our list below to learn how you can celebrate. 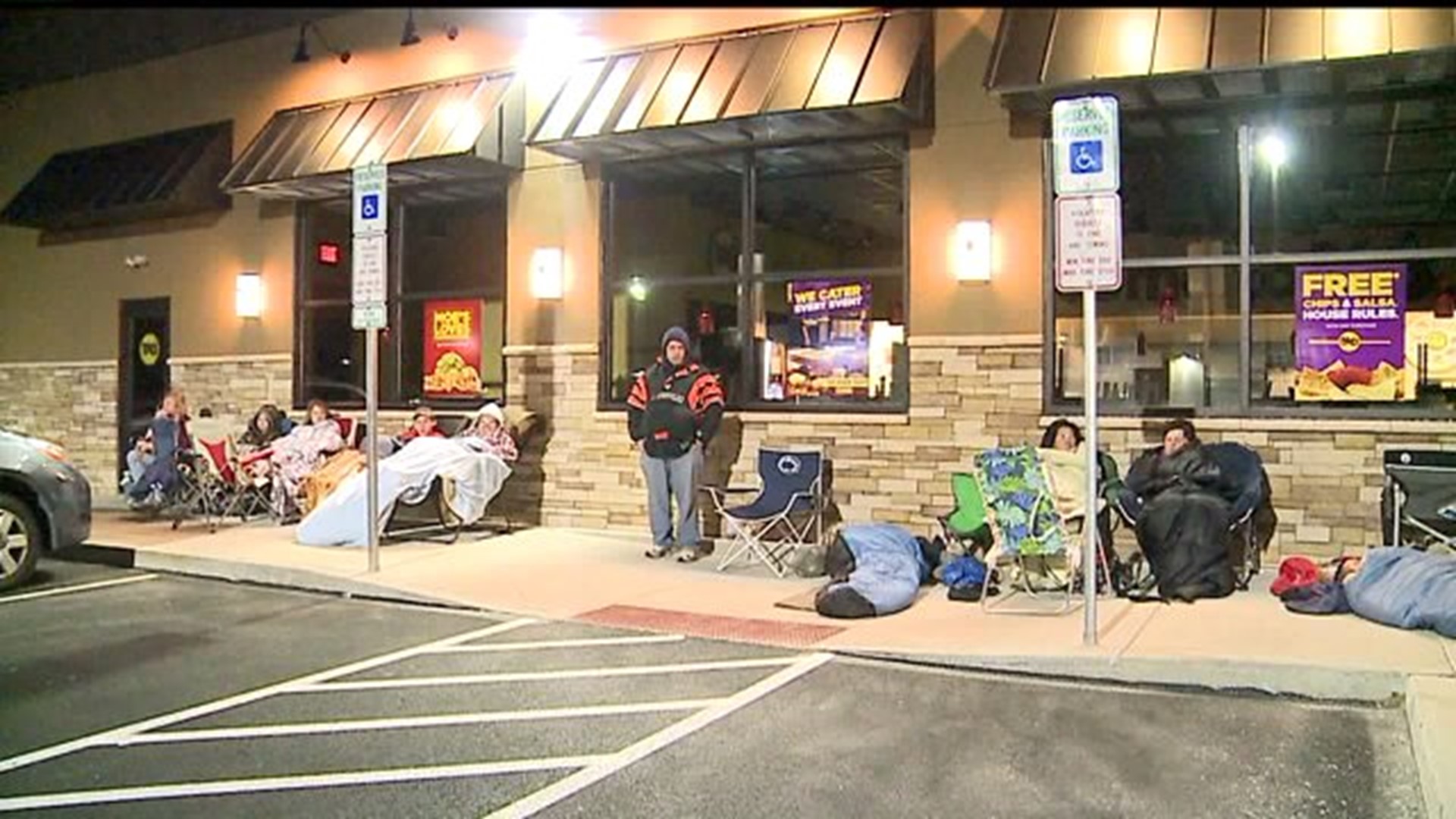 PENNSYLVANIA, USA — Editor's note: The above video is from 2016 and features a line of people trying to get free burritos outside of Moe's Southwest Grill.

April 1 is National Burrito Day, and FOX43 knows this interests our viewers.

Several chains in our coverage area are offering deals tomorrow, and you can check them out below:

Moe's Southwest Grill: Get a burrito or bowl for just $5.

Qdoba: Qdoba is offering triple points through its rewards program when you order anything on March 31.

Taco Bell: New Taco Bell rewards members can get a free Doritos Locos Taco through their app and through April 5, they can get a Chalupa Cravings Box BOGO offer on Uber Eats.

You can check out our full list below (if you don't see your deal or offer included in our list, email us at news@fox43.com to have it added):

Our coverage area is home to many local Mexican restaurants, and you can see a list of some of them below:

More deals: Other local chains and independent restaurants may be offering their own deals as well; FOX43 encourages our viewers and readers to check out social media for these offers.