The beer will be located 20 breweries across Pennsylvania. 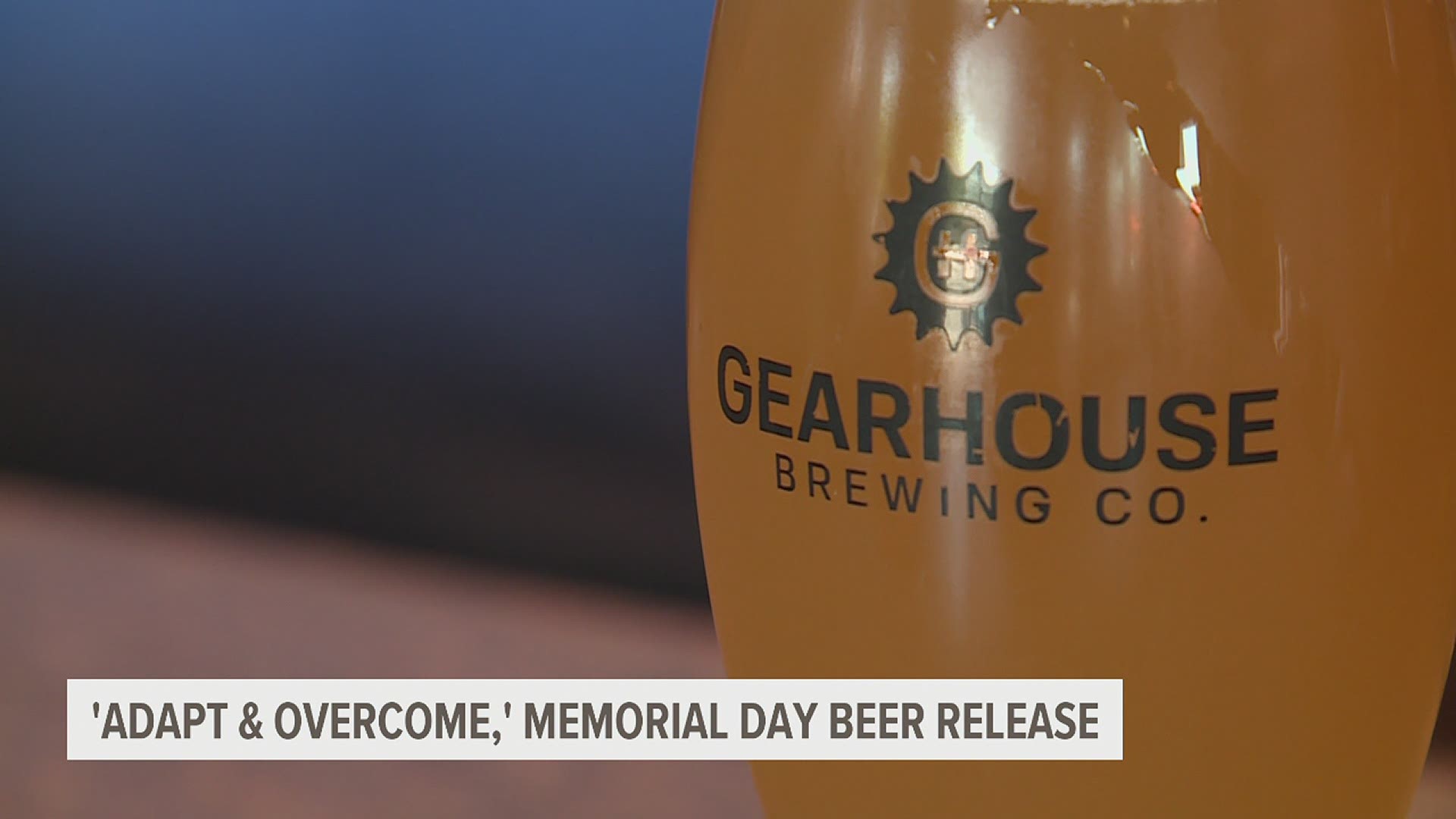 PENNSYLVANIA, USA — Some veteran owned or operated breweries in Pennsylvania will a release a new beer this weekend ahead of Memorial Day. This is the second year, veteran owned or operated breweries in PA have teamed up together to create and brew a special beer for Memorial Day. The proceeds from the beer will go to the Pennsylvania Veterans Foundation, which provides support to veterans and their families.

Beginning today, Friday May 28th, 'Adapt and Overcome,' a hazy session IPA will be on tap at 20 veteran owned or operated breweries in PA. Those breweries came together to come up with the recipe for the beer and then two breweries were selected to brew it.

"The networking we have within the brewing industry is very similar to that in the military, that amongst our colleagues exists really strongly in our industry that you don't see across a lot of industries. With that, the networking community and friendship, and friendly competitiveness allows other breweries to succeed or up and come."

Kozloski tells FOX43 the new beer is a very light drinkable IPA used with malt and hops from Pennsylvania and veteran owned companies. He describes it as a very light, somewhat citrusy, slightly hazy IPA, and it's not bitter.

The breweries you can purchase the beer on tap are: