As more schools return to in-person learning, music education advocates are stressing the importance of band and choral activities in a safe manner. 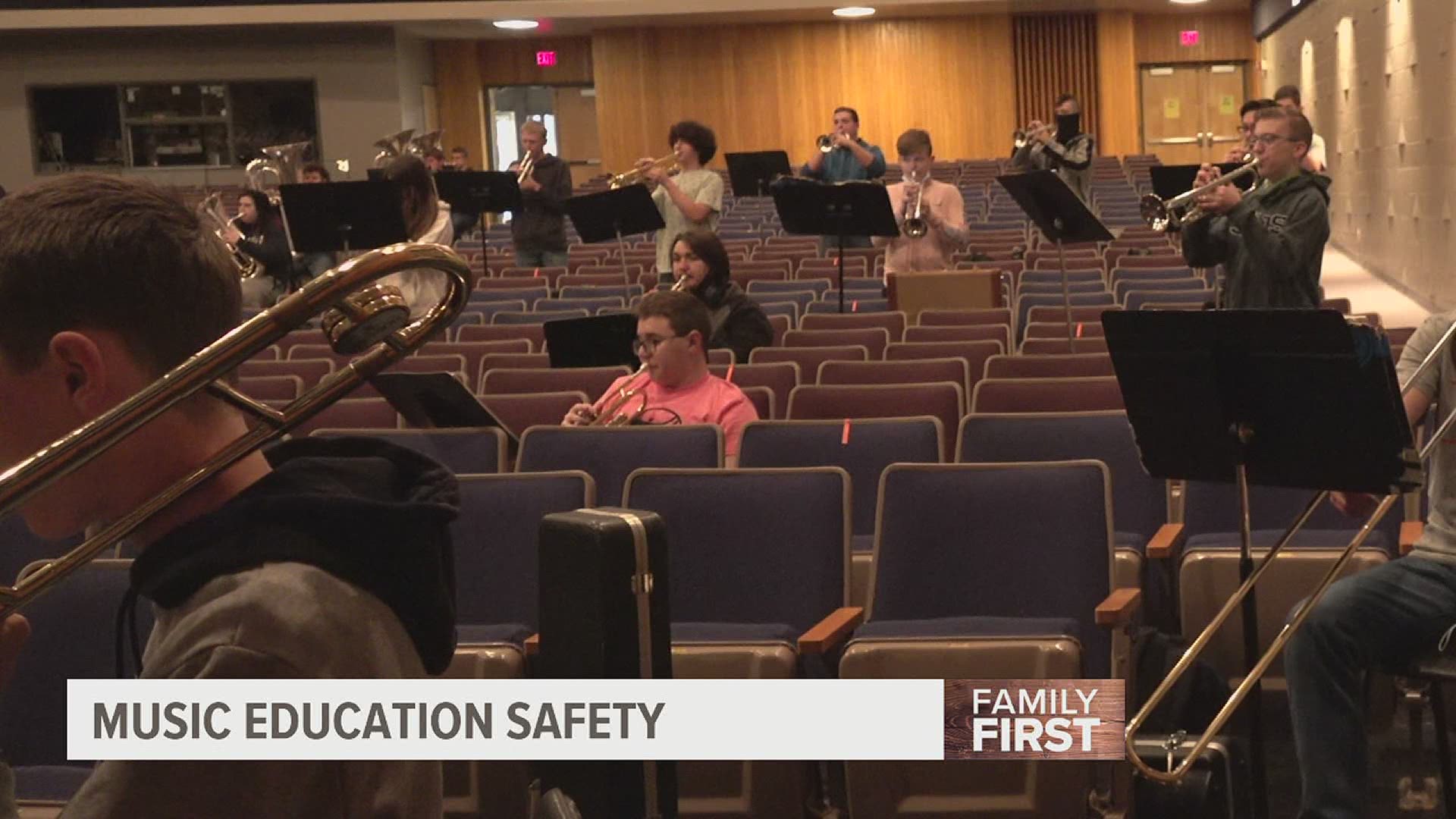 HUMMELSTOWN, Pa. — It took four days once the majority of Keith Richardson's first period band class at Lower Dauphin High School returned to in-person learning for him to see something he hadn't seen in over a year.

Lower Dauphin, Richardson says, is at about 85% of its student capacity, and the same can be said for his band. After months of doing class for his over 60-person band in Zoom rooms, the group learned a new tune in less than a week.

"They were visibly excited that they were able to make it happen after four days," said Richardson, Lower Dauphin's Director of Bands, "because with Zoom that would’ve taken the better part of two weeks."

Returning to in-person band class, or any type of music education course, is tricky in a pandemic world. No other class at any school will feature more aerosol particles coming out of someone's mouth than a band class. Blowing into the brass or woodwind instruments which encompass most of Richardson's first period group naturally leads to a lot of circulation of other people's saliva.

It is one of a school district's biggest challenges in returning music to the classroom.

"Whatever decisions are made must be based on safe mitigation strategies," said Mark Despotakis, Director of Public and Government Affairs for the Pennsylvania Music Educators Association.

There is not one set way to do this, either. The PMEA advocates for special bell covers which go around the end of the instrument, and specialized masks which the musicians wear which have tiny slits to allow for lip movement and sound making.

"They have a slit for the mouthpiece for the trumpet. There’s a double slit for flute players. There is extended masks for singers in some cases so you can actually breathe a little bit better," said PMEA President Philip Stattel.

After a report from the Centers for Disease Control and Prevention linked an outbreak of COVID-19 in Washington state to a choir rehearsal, music educators have been on high alert on how to safely practice music in school. A study commissioned by the National Federation of State High School Associations found that wearing appropriate masks and using bell covers on instruments, aerosol emission can be reduced 60 to 90 percent.

However, buying this mitigation equipment takes time and costs money, neither of which Richardson felt Lower Dauphin had. So, Richardson took over the auditorium to give students the most flexibility to spread out.

Those who play brass and wind instruments sit at least six feet apart from each other, sometimes even more depending on the size of the instrument. Students, however, must wear masks when they are actively not playing. They also handle all their own instruments, chairs, and, stands; no sharing.

Play time in class lasts only 30 minutes, which gives air enough time to circulate through the ventilation system, and all materials in the auditorium are sanitized every night as part of the school’s COVID-19 protocols.

"If you would’ve told me 20 years ago when I started teaching that this would be a thing that I would have to do, I would have laughed you out of the room," Richardson said.