Mother of woman shot and killed while holding baby speaks out

YORK COUNTY, Pa. — The family of an Adams County woman talks to FOX43 for the first time after she was shot and killed. The woman’s boyfriend, 30-ye... 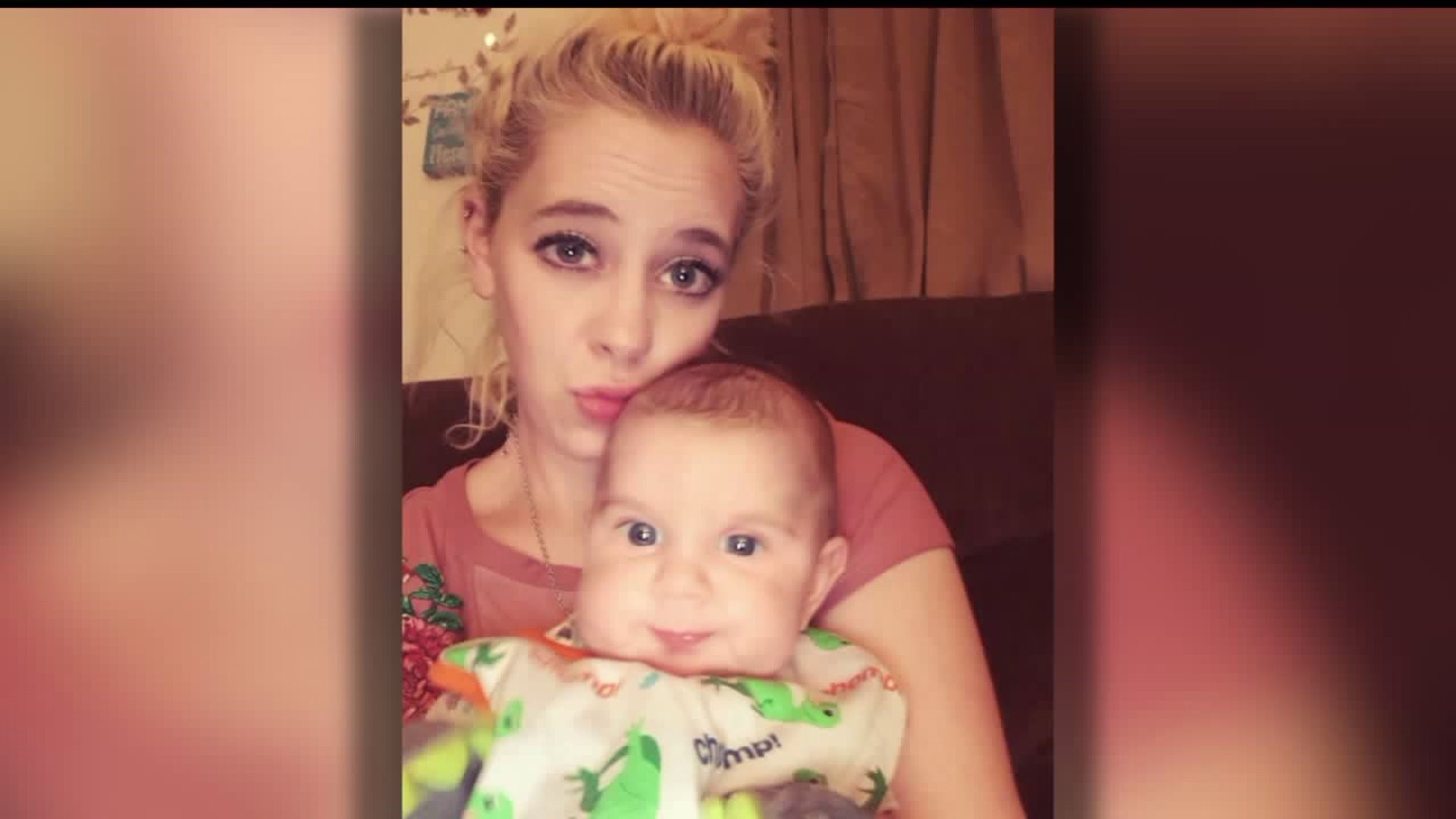 YORK COUNTY, Pa. -- The family of an Adams County woman talks to FOX43 for the first time after she was shot and killed.

The woman's boyfriend, 30-year-old Joshua Wertz, has since been charged with her murder.

Wertz is accused of shooting her while she was holding her infant son.

"I just wish this was a bad dream and that I could wake up and see my daughter," said Sandra Green, the victim's mother.

Police say Cash was holding her 9-month-old son Javion when she was shot with an AR-15 rifle.

"She had him in his arms, why would he do that?" she added.

"The doctor checked his ears because I explained he had blood in his ears and diaper when the EMT`s brought him to me I didn't know they had to clean brain matter and blood off of him before they brought him to me," Green said tearfully.

Court documents show Wertz woke up his father who was sleeping, yelling 'I shot her in the face.'

Wertz allegedly told police he did not know the gun was loaded and that Cash shot herself while trying to grab the rifle from him before it went off.

"She's been raised around guns she would have never grabbed a gun not unless he was pointing it at him and she was pushing it away," Green added.

Police say they believe there may have been an argument between Wertz and Cash.

Wertz`s father told investigators that Wertz said something about Cash 'disrespecting' him.

"There's always been mental and physical abuse with them," said Green. "I begged her to leave him, I begged and pleaded but she wanted to make it work she loved Josh," she added.

Green says there was a history of abuse in the relationship.

She says an incident from a few years ago will always be etched in her memory.

"I heard her scream a bloody scream in the bedroom and we didn't know it then, but he broke her jaw," said Green. "Then she broke up with him for seven months and then she told me the truth that he held her down and broke her jaw," she said.

"He is a raging alcoholic," said Green.

Wertz's father confirmed he too believes his son has a drinking problem.

Green says her daughter was determined to make things work when she found out she was pregnant.

"She was like no mom I will raise him and I'll protect him, I got this with Josh," said Green. "But domestic violence doesn't say you've got this because when the unexpected happens it could be gone," she added.

Green says while 9-month-old Javion is unable to speak full sentences right now, the horrific event he witnessed, has already had an impact on him.

"I took him to the doctor and someone dropped play keys and then he started screaming scared," she said. "It's just really stressed him out he's over-traumatized. Now I have to raise this little one without a mommy."

Green says she wants her daughter to be remembered for the caring mother, friend and daughter that she was.

For anyone who may be in an abusive relationship, Green hopes this story will make a difference.

"Get help, get out of it while you can because if you don't, I don't want you ending up like my daughter did," she said.

The family says they don't have the funds to raise baby Jovian on their own and are seeking financial help with clothing, diapers and food.

They are also trying to raise enough money to get Nicole Cash's body cremated and bring her home.

If you'd like to help visit this link: GoFundMe.com