Being a gun owner and a parent | Family First with FOX43

After a 10-year-old in Dauphin County accidentally shot and killed his brother, police are reminding parents of the safest ways to store guns in homes. 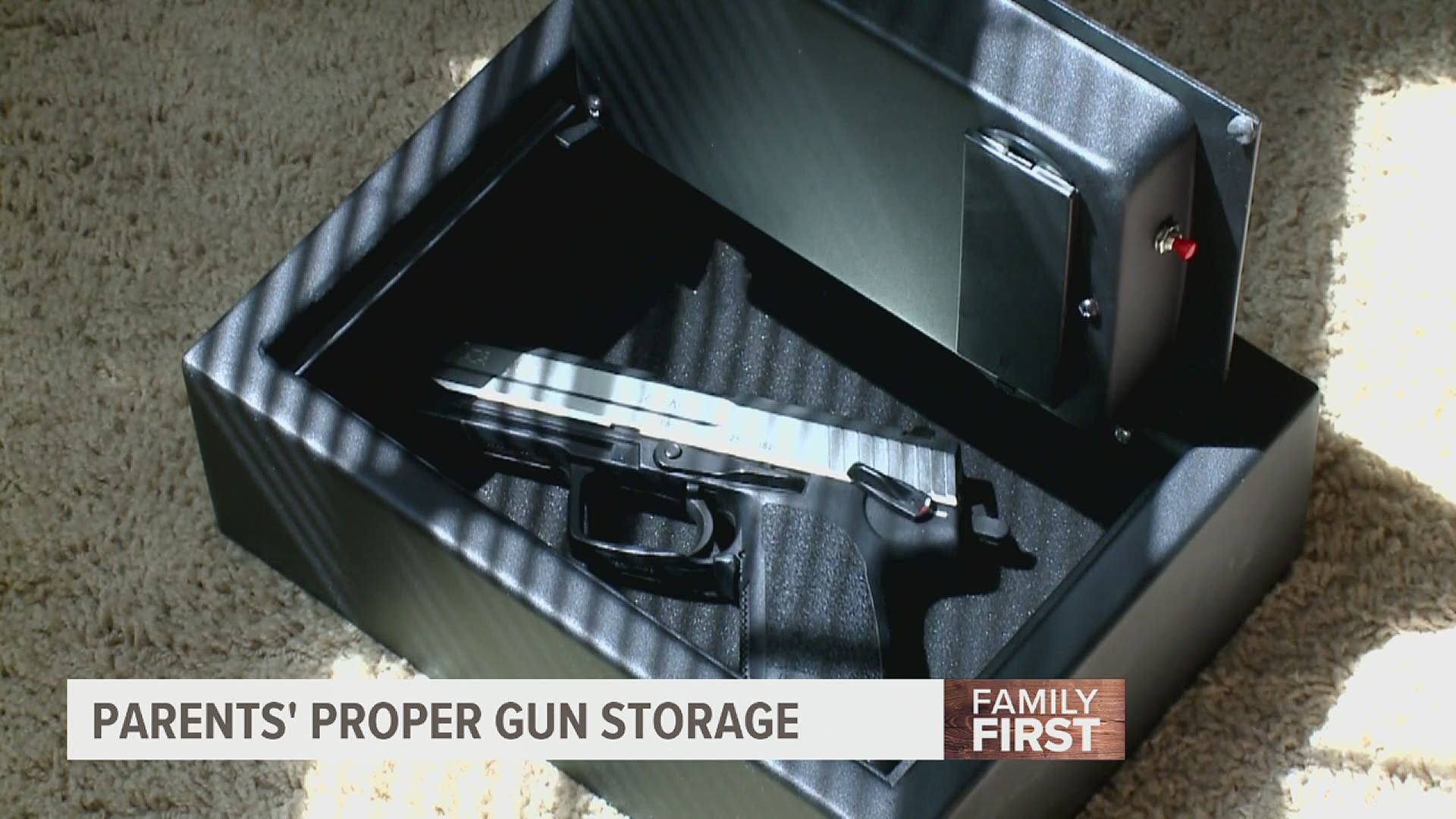 HARRISBURG, Pa. — Every parent's worst nightmare is their child hurting themselves or someone else because they got into something they shouldn't have been playing with.

In February, a 10-year-old boy in Swatara Township, Dauphin County, found his parent's revolver on the top shelf of their bedroom closet, and in playing with it, shot his 12-year-old brother in the head. All other guns in the home were locked away and had safety locks. Dauphin County District Attorney Fran Chardo said the revolver was not locked away because it didn't fit the parents' gun safe.

An investigation found the shooting was entirely accidental. It is not illegal in Pennsylvania to not store away or lock guns, and Chardo's office decided not to charge the parents.

The 12-year-old's death is one of approximately 240 accidental deaths as a result of gunfire which happen every year in the United States. According to the CDC, in 2019, there were 39,707 gun deaths in the U.S. Of those, around 1.2 percent are considered accidental, and about half of that total involve children.

"Each one is tragic. One life lost is a tragic loss," Swatara Twp. Police Lieutenant Timothy Shatto said. "Adolescents and children are naturally curious, and we will find that children go looking for guns if they think there's one in the house, or they hear their parents talking about one, or they've seen one."

Since it's not illegal in Pennsylvania to keep guns out in the open, even in the presence of children, it's up to parents to properly educate their kids about guns and gun safety.

All weapons, Lt. Shatto said, should be stored in a locked safe or cabinet, with ammunition stored separately. Gun locks, which wrap around the barrel and prevent the gun from firing, are also recommended. They are available for free thanks to a partnership with Child Safe Pa. through many local police departments and all South Central Pennsylvania County Sheriff's Offices, with the exception of Juniata County.

"It is a huge responsibility to be a gun owner," Shatto said. "With the significance of owning a gun, there comes a tremendous responsibility for the safe handling, storage, and use of that firearm."