YORK, Pa. — New moms are dancing away the baby blues in York. Each Thursday in April, the Victrola Dance Hall on West Market Street will host dance classe... 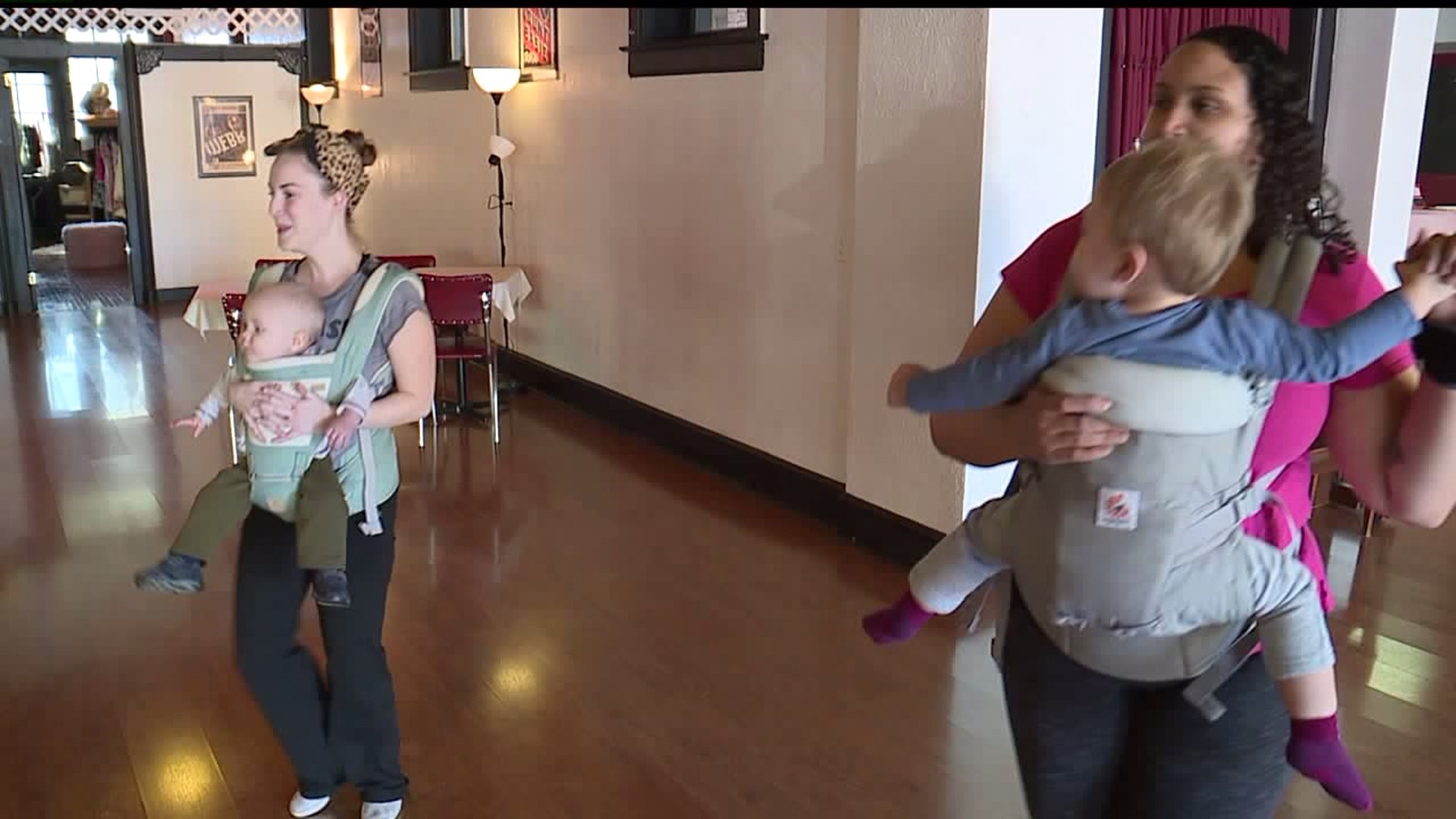 YORK, Pa. -- New moms are dancing away the baby blues in York.

Each Thursday in April, the Victrola Dance Hall on West Market Street will host dance classes designed specifically for mothers and their infant children. The class is called 'Mommy and Me,' and gives parents a chance to get physically fit post-pregnancy, while getting emotionally closer to their child.

"A lot of moms don’t go out the gate with muscles to carry their children," said class instructor Randi Stauffer, adding the class helps improve stamina. "Sometimes, (parenting) can make you not enjoy your child because it's stressful, so it's important to do something with them that's focused on you."

Stauffer runs the majority of classes. Classes started in February, though she has been dancing for 26 years and teaching dance for the last 15, with a background in classical ballet. Classes at Victrola, she says, focus on a combination of ballroom mixed with swing. Mommy and Me classes tend to use "vintage" music from the 1950s, Staffer said. There was enough positive feedback from the four February courses to open another round of classes in April.

Classes are $12. Since baby carriers are a necessity for the dancing, Stauffer suggests babies can participate at whatever age they fit in the carrier. Her son, Sterling, she says, just turned 1 year old, and the class' Facebook page says infants should be at least six weeks old to participate.

Additional information can be found on the Victrola Dance Hall Facebook page.