Family First with FOX43: Talking to your kids about the U.S. Capitol riots

Teachers suggest listening, being honest, and contextualizing the events of January 6 as most helpful when discussing with children. 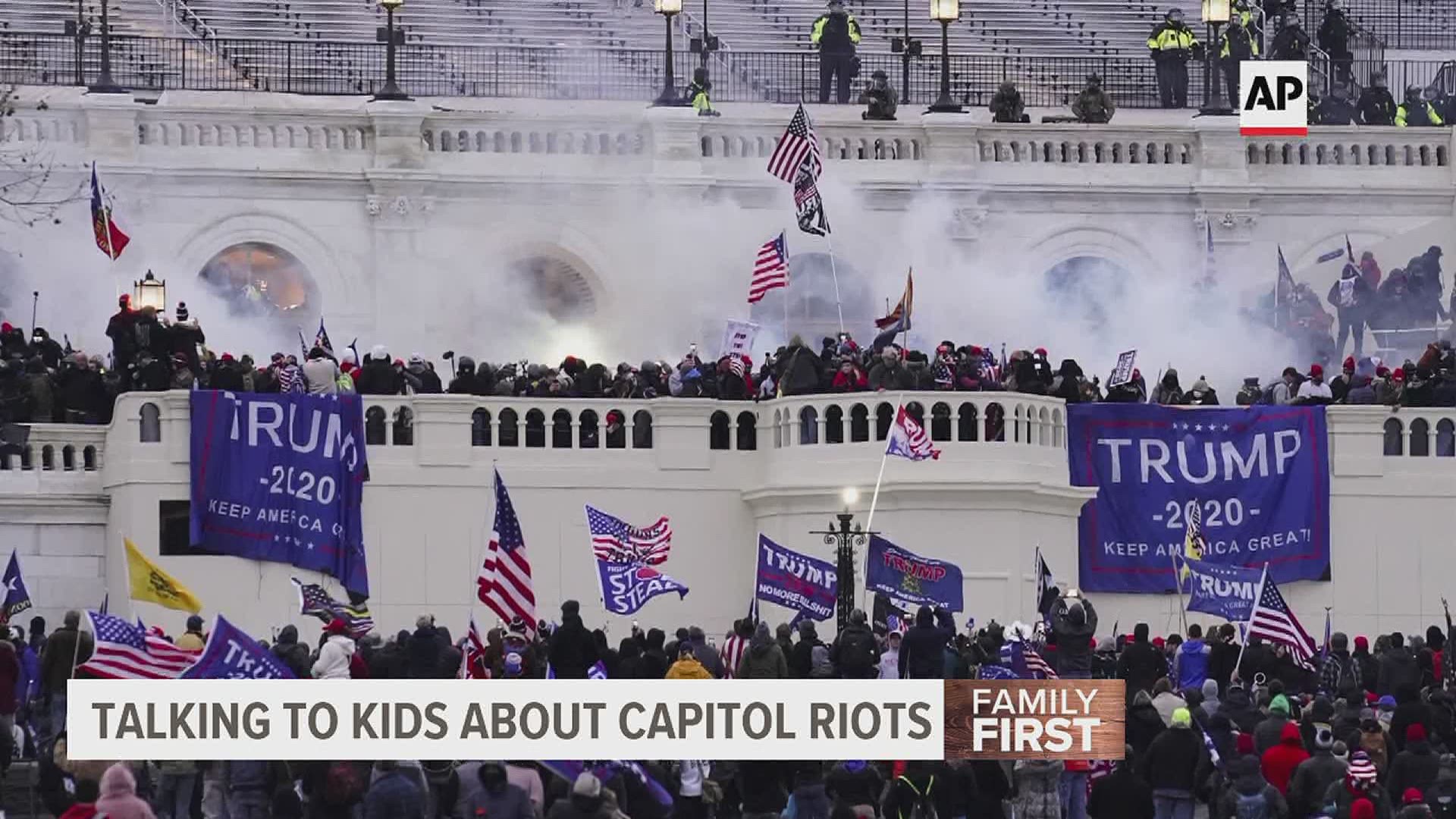 HARRISBURG, Pa. — When Matt Scharadin logged onto his virtual classroom the morning of January 7, he wasn't sure what to expect.

Less than a day earlier, the U.S. Capitol was overrun by supporters of President Donald Trump, rioting over the Electoral College certification which officially formalized Joe Biden's win in the 2020 Presidential Election. A mob of hundreds forced their way past police into the Capitol where votes were being counted, with thousands more outside. It was the first time since 1814 the building had been breached. Five people died during the siege, including a Capitol Police officer.

The images were plastered all over television and the internet as it happened in the middle of the day. Scharadin, a sixth grade social studies teacher at Susquehanna Township Middle School, knew his students might have questions, but he wasn't sure how many.

"I had kids with their hands up as soon as the class started, ready to go, right away," he said.

Scharadin, and fellow Susquehanna Twp. sixth grade social studies teacher Drew Jacobs, have had a heavy focus on electoral politics since October, in the run-up to the 2020 Election. Talking about mature, sometimes heavy political topics has come naturally for the pair, but especially Jacobs, who's been able to practice at home with his three kids, ages 17, 13, and 10.

Jacobs says when it comes time to talking to your children about the riots, the most important thing you can do is give them the space to ask questions.

"The first thing I tell parents, as a parent but also as a teacher, is know your kids are listening," he said. "I think we're doing a bit of a disservice to our kids by not giving them the space to really think for themselves about what's going on."

Along with listening, both Scharadin and Jacobs acknowledge honesty is a core tenant of any conversation with children. Particularly this topic, as it largely stemmed from misinformation and conspiracy theories following the President-elect Biden's win.

"If you don't know something then make it a learning experience for both of you," Scharadin said. "Politics, government, all those sorts of things can be very, very confusing topics to begin with."

Lastly, Jacobs said, if you can put the riots into historical context your kids can understand, that helps as well. Children may not understand the January 6 riots were the first time since the War of 1812 the Capitol was invaded by an outside force. However, they may be able to draw comparisons, and differences, with how racial injustice protests were treated over the summer.

"You just want to make connections," Jacobs said. "(My students) were making connections all throughout the last week pertaining to stuff that happened over the summer, even finding the contradictions and the hypocrisy in some of those things."