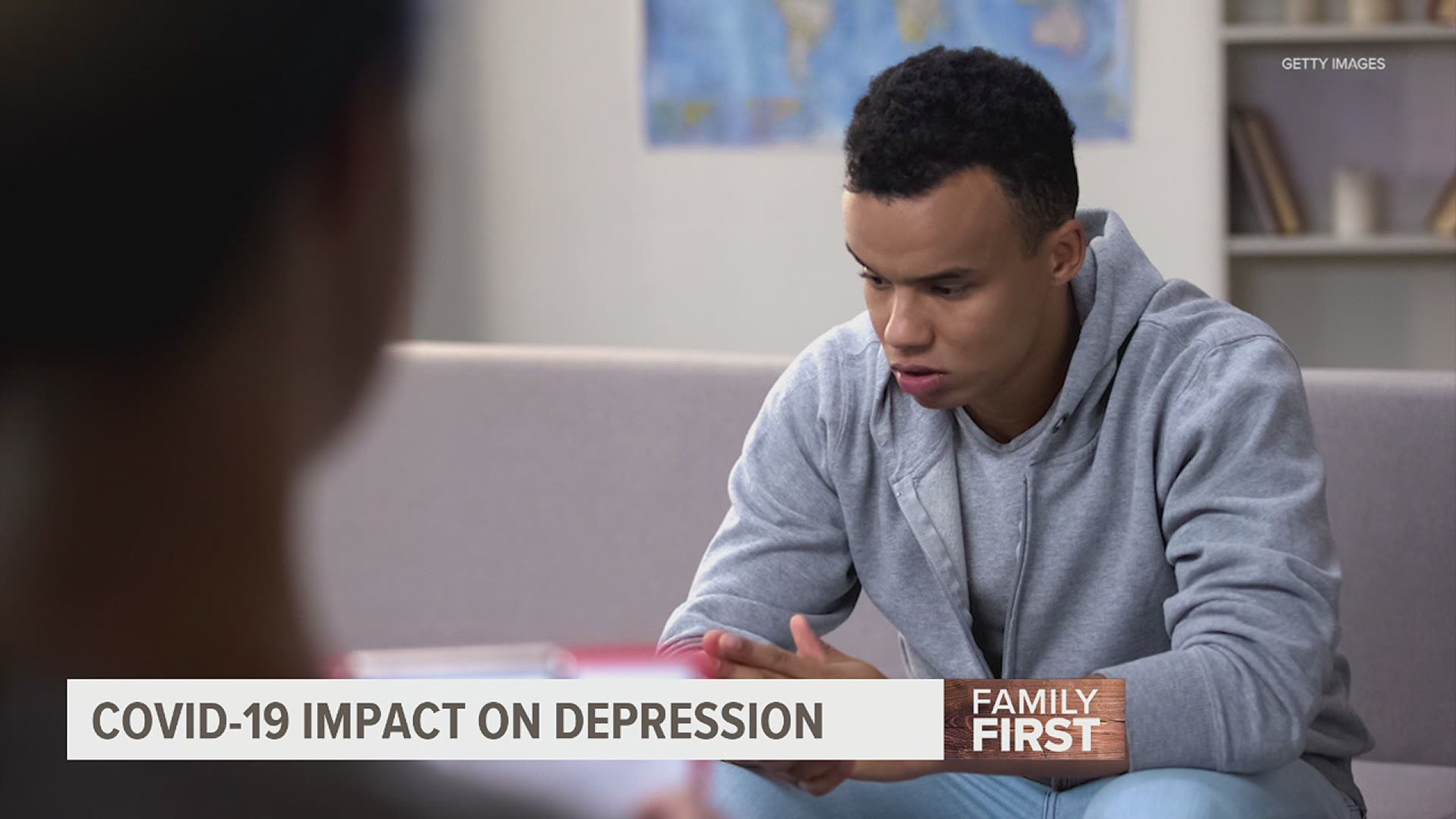 PENNSYLVANIA, USA — A study done by the Centers for Disease Control and Prevention in the summer show a more than a quarter of young adults surveyed admitted to have "strongly considered" suicide in the past 30 days of the COVID-19 pandmeic.

The survey, which was taken by 5,470 people, included 731 respondants between the ages of 18 and 24. Of those, one in four, 25.5 percent, said they serious thought about suicide, while 24.7 percent admitted to starting or increasing substance abuse to cope with pandemic-related stress or emotions.

Doctor J.P. Shand, a child psychiatrist with Wellspan Philhaven in Ephrata, attributes the staggering numbers to a lack of predictability, and the inability to plan every day life over the last nine months.

"That increases anxiety when we can’t predict what the day-to-day holds, and we can’t pre-plan how to emotionally prepare for that," Dr. Shand said.

He calls the issues mental health experts are seeing now an epidemic within a pandemic; more young adults are experiencing documented mental health troubles than ever before, and Shand says the resources to address mental health on the county level are severely underfunded.

RELATED: "We're not all in the same boat." U.S. Marine veteran shares advice on how to stay strong during social isolation

So how can parents help their children? Shand says it's as simple as talking.

"It doesn't even have to have an agenda," he says. "Just open the dialogue so the child knows that you're there for them and that will help immensely."

Some parents, he adds, have told him they will shy away from talking about suicide with their children out of fear of implanting the idea of suicide in their heads. There is no evidence to support that theory, he says.

"You're not going to put that thought in somebody's head, but you are going to be able to identify it if they say yes."

Shand says the lack of mental health resources means parents might run into long wait lists when it comes to requesting a psychiatrist for help. Time is of the essence. Which is why he stresses not to let a wait list become a roadblock. If the issue is serious enough and a psychiatrist is not available, find a therapist. If a therapist isn't available, find a social worker.

Any professional to talk to is worth it, as long as you get yourself or your child in the system.

RELATED: What to do if you think your child is struggling with their mental health