This father of the year is on the right "track" to making great memories for his three boys. 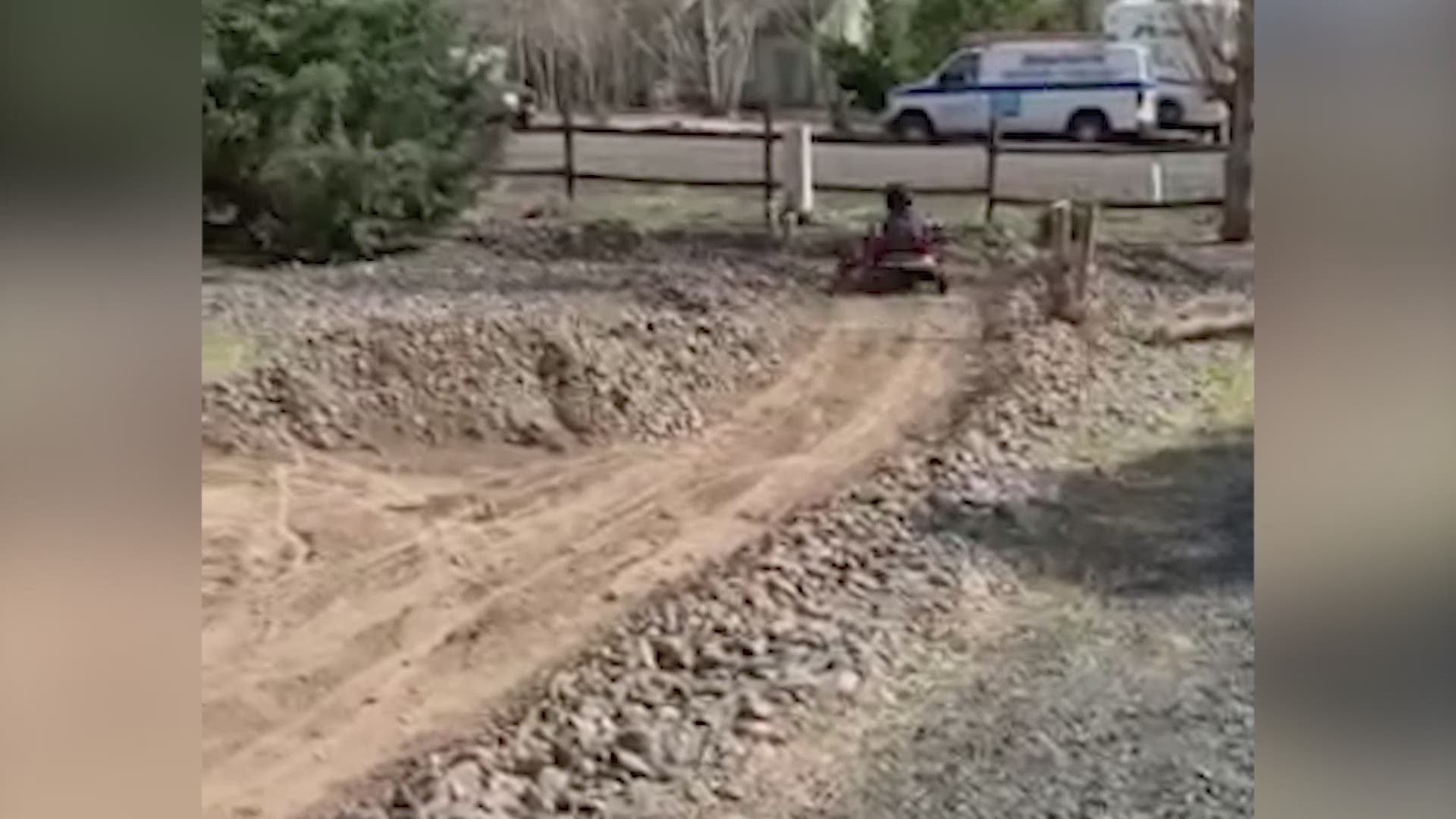 With schools closed, a lot of parents are wanting to do safe, outdoor activities with their kids.

Sure, you could go to a park or take a walk. But one Oregon dad is on the right "track" to making something a little different for his kids, involving a lot of dirt and a fast car.

"I started out with an idea that I thought was pretty cool; I’d build the kids a race track for their little electric dune buggy," said father Brian Giannettino.

This father of the year wanted to do something special for his three boys. So, he grabbed a shovel, some river rock and twelve hours later (yeah, twelve!) he and his family were outside having the time of their lives.

And he isn't the only one who thinks so; we spoke to Amanda Gentis from Alamo City Moms who says if there's any time to let your kids get a little mud on their hands, it's right now.

And if there's one positive that can come out of these uncertain times, it's that parents can spend a little more time with their kiddos.

"It’s just a good opportunity to just really dive into some of those, just activities that we’re normally like, ugh, we don’t have two hours to sit and do that, and now we do," said Gentis.

And she's not alone.

"I would choose this any day. I mean I love working from home. It’s been the coolest thing for me because I absolutely love spending time with them," said Giannettino.

Brian is also a foster parent. He and his wife Jamie take in kids with open arms. Their hearts are so big, they really set an example as to how a family should be — caring and compassionate.

So when we asked this stand-out dad for his advice on what our focus should be right now, he said this.

RELATED: 'One dance with dad?' | COVID-19 canceled her prom. That's when her father stepped in.

RELATED: At 91, this fitness enthusiast is inspiring others, overalls and all