Brian Ditzler has a deadly genetic heart disease which has wreaked havoc on his whole family. “My father at the age of 33 in 1974 died of this. And my old... 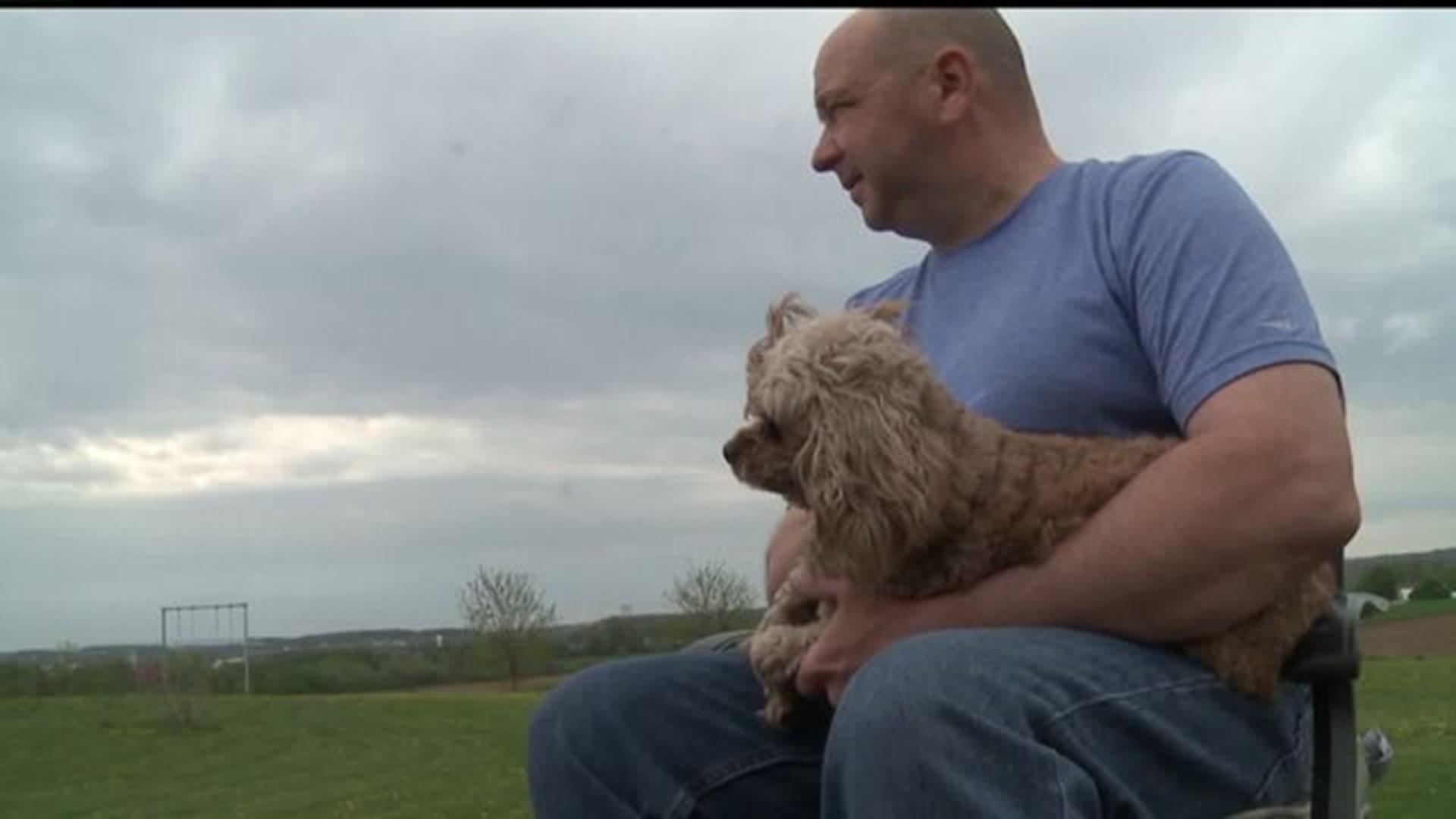 Brian Ditzler has a deadly genetic heart disease which has wreaked havoc on his whole family.

"My father at the age of 33 in 1974 died of this. And my older sister died when she was twenty one. And my younger sister was twenty nine at the time of her death," said Ditzler in his Lebanon County home.

Diztler was diagnosed in the 80s, but it got really bad in 2012. He was in the hospital constantly with circulation problems and an irregular heart beat. "I'd have a hard time walking 15 feet, I'd have to stop from passing out. There was just no blood flow," said Diztler.

Then the worst news came. He was going to die if he didn't get a heart transplant. After months of waiting he got the call that doctors had found him a heart. He immediately underwent a four-hour surgery. "I woke up and the first thing I noticed is I could feel the heart beat in my ears. You know how you hear that subtle bump bump and I could feel that and hear that in my ears. I didn't hear that before," said Ditzler.

That was about six months ago, and every day he's getting stronger. Now his focus has shifted to whomever saved him. All he knows is that his donor was a healthy young person. He tried to write their family a couple weeks ago through an organization called the Gift of Life Donor Program, but he hasn't heard back. If they're out there and listening he's got one message.

"I'm just very grateful and thankful for their gift of life. I mean that's what that is. There's no better gift than that I don't think. If you want to be a hero be an organ donor. It doesn't get any better than that and I'm here because of it," said Diztler.