Ask Evan: What are the names of Harrisburg-Area Susquehanna bridges?

This week’s ‘Ask Evan’ question comes from Clara S.  Clara asks, “What are the names of the 6 or 7 bridges that cross the Susquehanna Ri... 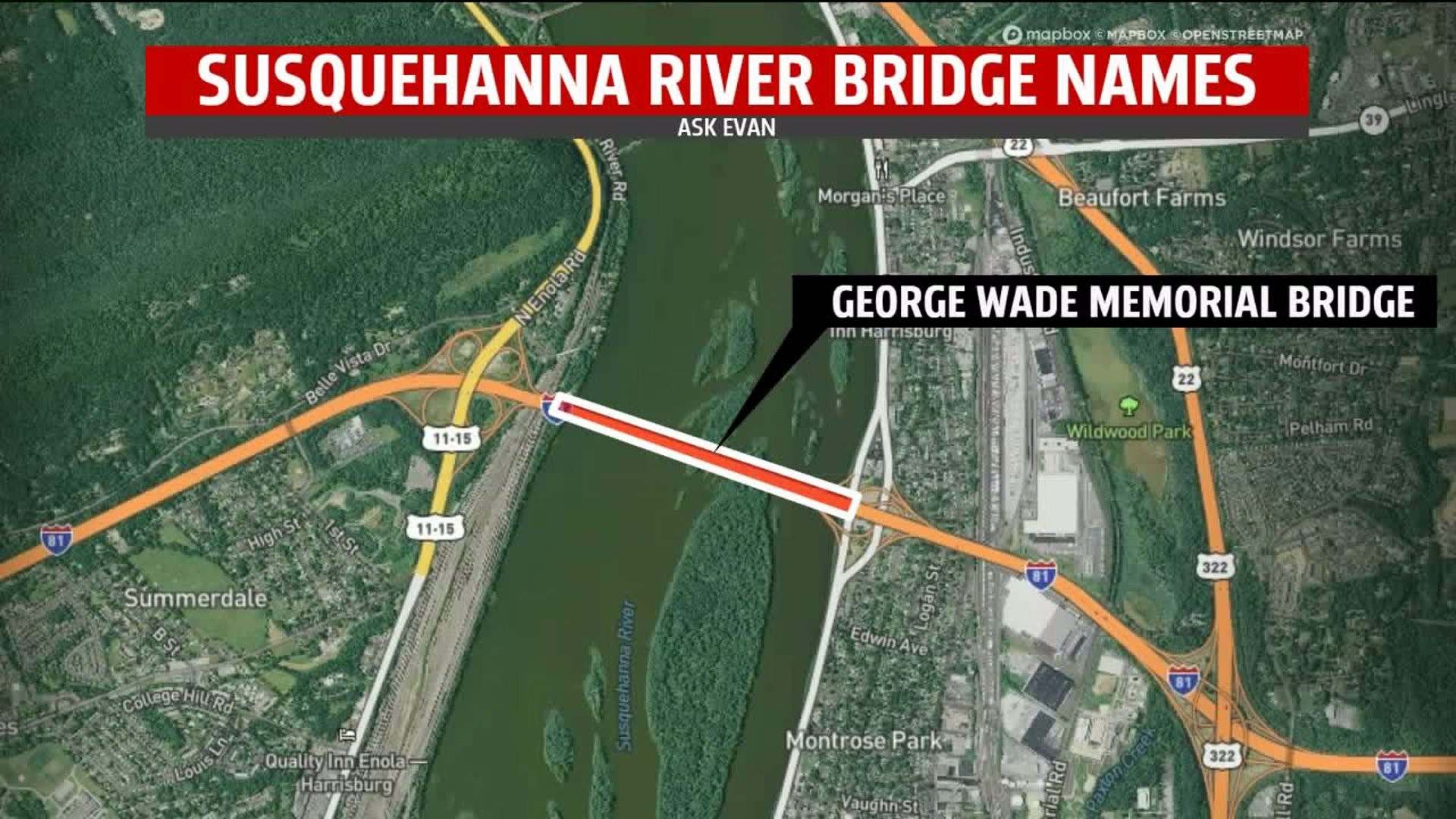 This week's 'Ask Evan' question comes from Clara S.  Clara asks, "What are the names of the 6 or 7 bridges that cross the Susquehanna River into the Harrisburg area?"

Starting from the north, the bridge carrying Route 22/322 from Duncannon, Perry County into Dauphin County is called the Clarks Ferry Bridge.  It was part of the Main Line PA Canal built in 1828.

The bridge connecting Harrisburg to Wormleysburg, Cumberland County is called the Harvey Taylor Memorial Bridge.  Taylor was acting Lieutenant Governor for 5 days in 1947 and was a State Senator from Dauphin County from 1941 to 1964.

Another bridge connecting Harrisburg to Wormleysburg and the west shore is the Market Street Bridge.  It has stone arches and is the third bridge built in this location.

The bridge carrying Interstate 83 from Cumberland County to Dauphin County is the John Harris Memorial Bridge, also known as the South Bridge.  Harris founded the city of Harrisburg.

Finally, the bridge carrying the PA Turnpike from York County to Dauphin County is simply the Susquehanna River Bridge.

If you have questions you'd like to ask send an email to AskEvan@FOX43.com.  Put 'Ask Evan' in the subject line.  You can also reach out to me on my Facebook page, Evan Forrester FOX43.  Whatever the topic I'll do my best to track down answers you are looking for.