‘Ask Evan’: How long has the annual York Fair been in operation?”

This week’s ‘Ask Evan’ question is about the annual York Fair.  Ray and Judy ask “How long has the York Fair has been in operation, and ... 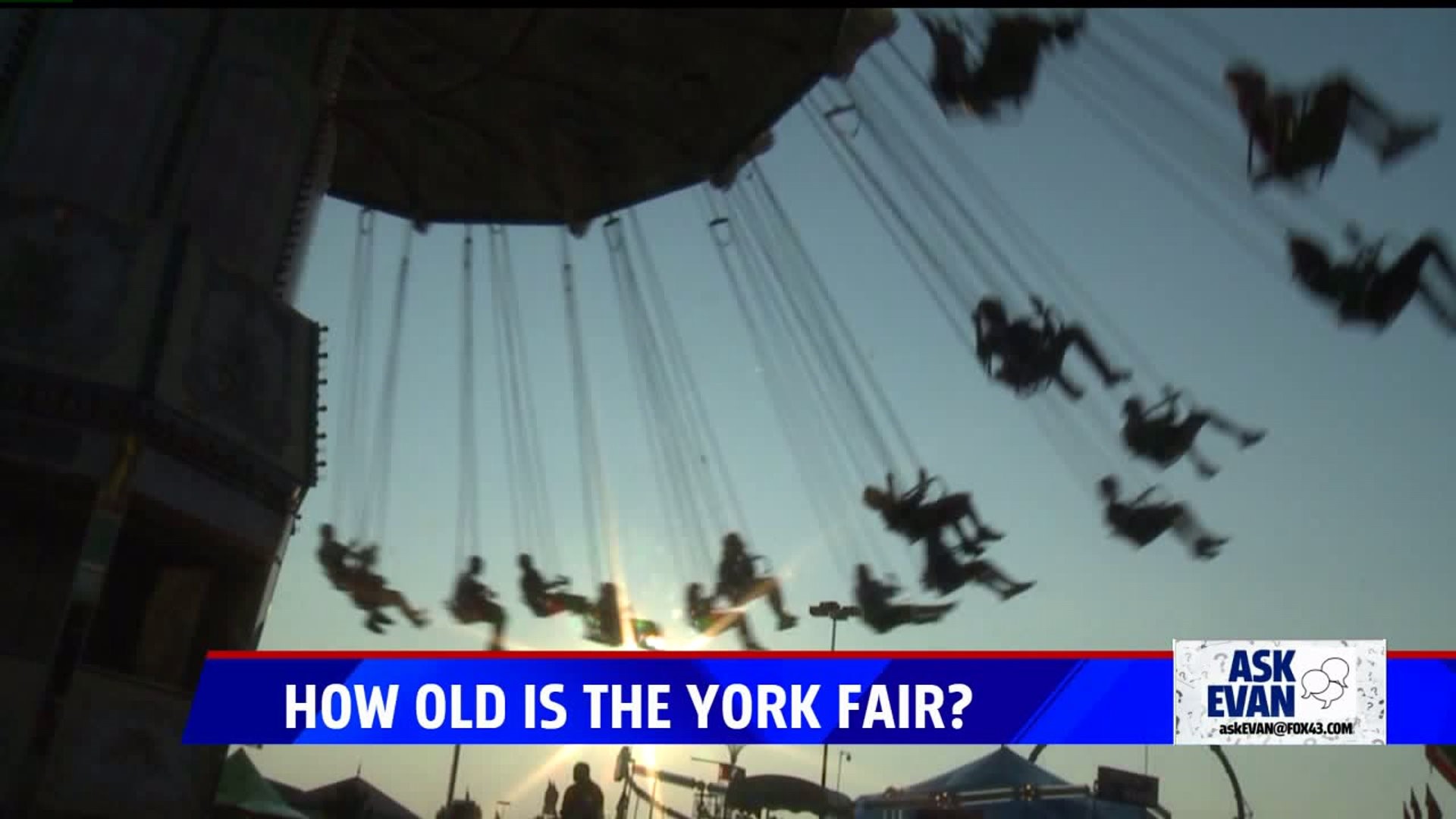 This week's 'Ask Evan' question is about the annual York Fair.  Ray and Judy ask "How long has the York Fair has been in operation, and is it really one of the oldest fairs in the country?"

A charter to hold that fair was granted to the people of York by Thomas Penn, son of William Penn.  Back then the York Fair existed as a two-day agricultural market on the town commons in York which is now known as Penn Park.  Fast forward to 1853-- when a group of prominent York County agricultural leaders formed the York County agricultural society.  The purpose of the organization was to make the fair a three-day event-- and finding it a new home-- which at the time was on seven acres of purchased land on the east side of York.

Following the civil war, the agricultural society in 1888, decided the fair had once again outgrown its grounds and fair leaders purchased land and moved the event to the 73-acre site that was eventually expanded to become the current York Fair/York Expo Center property in West Manchester Township.  Over the years the event grew in length, most recently expanded to a 10-day fair in 1997-- to include two full weekends.

This years fair wraps up on September 15th and the date of the York Fair next year will move to late July.

If you have questions you'd like to ask send an email to AskEvan@FOX43.com.  Put 'Ask Evan' in the subject line.  You can also reach out to me on Facebook at Evan Forrester FOX43.  Whatever the topic I'll do my best to track down answers you are looking for.