The ferrets are doing great since their live-streamed birth in May, so the next step is to get some names for these adorable ferrets kits! 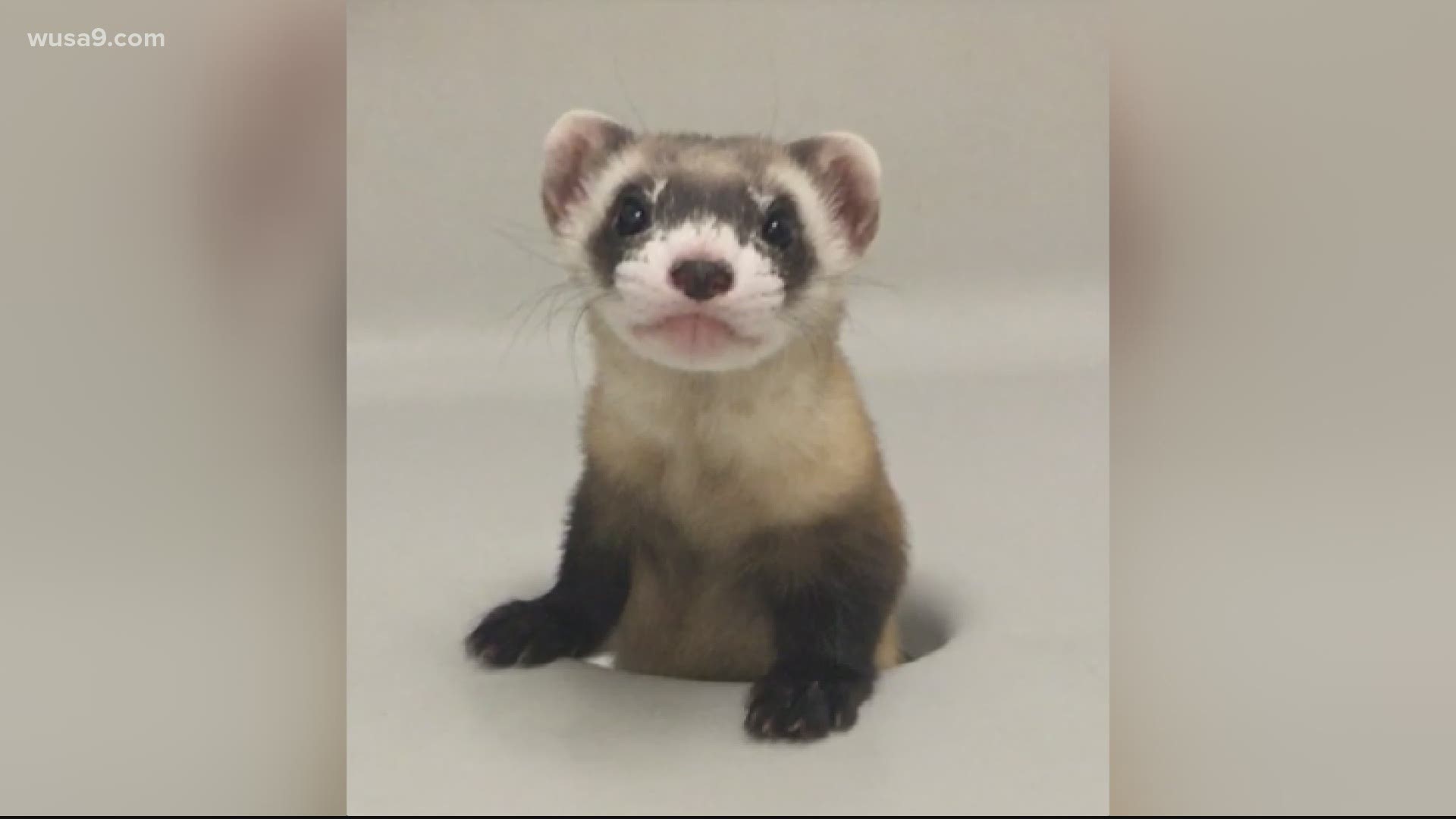 WASHINGTON — The Smithsonian’s National Zoo has three new black-footed ferret kits that it wants the public to help them name!

The ferrets are doing great since their live-streamed birth in May, so the next step is to get some names for these adorable ferrets kits, and there are nine names to chose from, according to the National Zoo.

The name choices for the female kit are:

The name choices for the male kit named by Smithsonian’s National Zoo members are:

The name for the second male kit, named by Zoo Guardians players, are:

Voting to name the female kit will be hosted on the Zoo’s website, one male kit will be named by current Smithsonian’s National Zoo members via an e-newsletter poll and the other male will be named by players of the Zoo’s educational mobile game, Zoo Guardians. Zoo Guardians is free to download on Apple and Android devices; players can find the poll to vote in their game’s mailbox. The winning names will be announced on July 27.

The mother of the three kits is Potpie, according to the National Zoo.

The naming comes at an important time to celebrate the black-footed ferret, which scientists at the zoo thought were once extinct.

“This September marks the 40th anniversary of the discovery of a small population of black-footed ferrets, whom we thought were extinct at that time,” said Will Pitt. I am thrilled we can honor this milestone and success by inviting our fans to help name Potpie’s kits.”

Around 4 months old, the kits will separate from their mother. In August, the Black-Footed Ferret Species Survival Plan will conduct a genetic assessment of the entire population managed in human care, according to the National Zoo.

This assessment will determine whether the kits remain at SCBI, are transferred to another breeding facility or join the United States Fish and Wildlife Service (USFWS) preconditioning program in preparation for their release into the wild, added the National Zoo.