With the coldest air of the season set to arrive next week, it's important to check in and make sure your pets are staying warm. 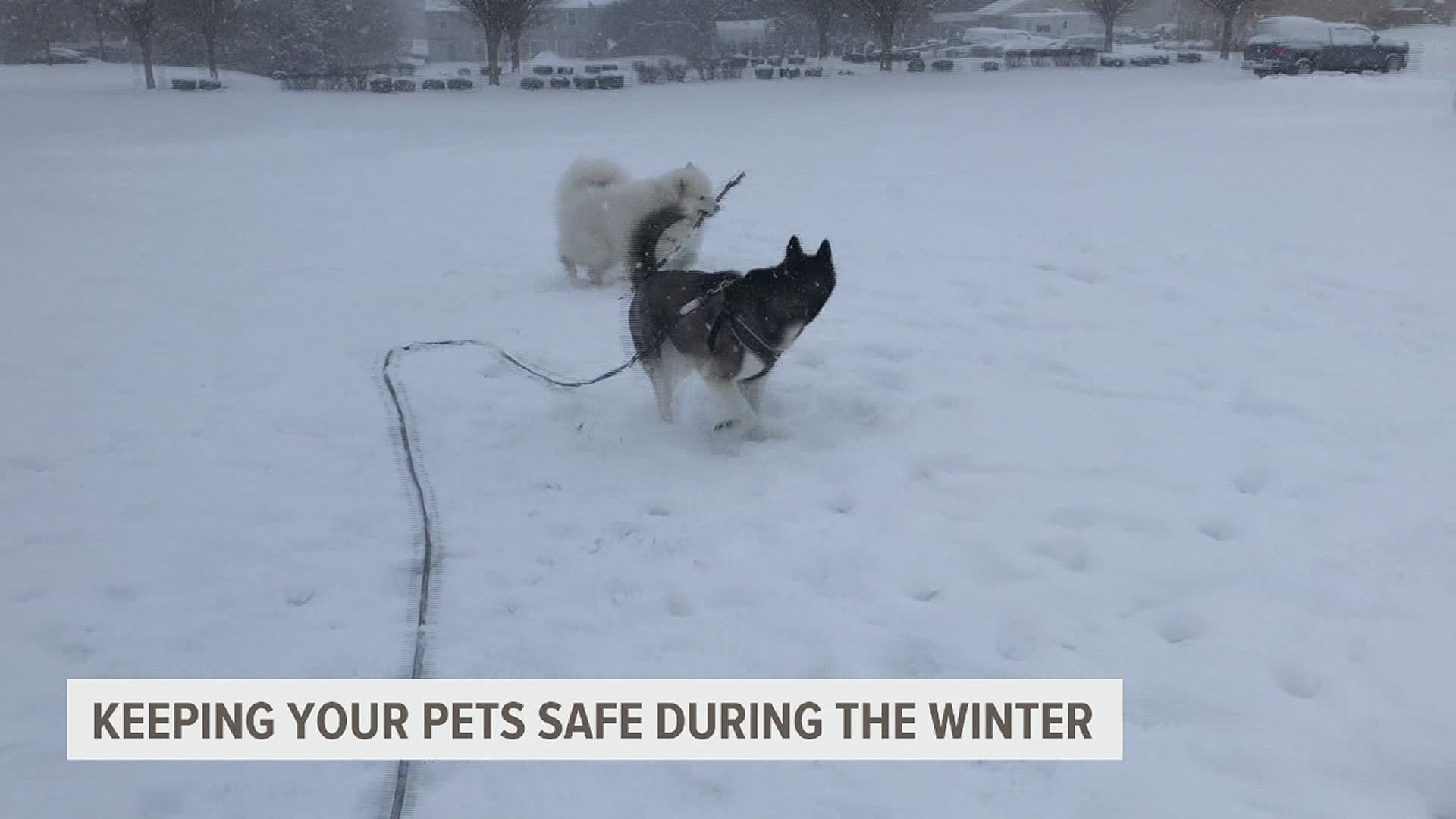 During the winter, when unseasonably chilly temperatures or especially record-breaking cold is expected to arrive, the best thing you can do for your pets is to keep them indoors as much as possible.

Chelsea Cappellano from Humane Pennsylvania says, “You want to limit your pet's exposure to the cold weather.”

One of the biggest misconceptions when it comes to animals is that their fur is enough to keep them warm.

While there are certain breeds of dogs that can withstand the extreme cold, it’s important to take extra care of the ones that can’t.

Cappellano explains, “Every dog is built differently. A little chihuahua or a smaller breed – they’re not going to have that really thick coat.”

You may want to put a coat on the animals that are most vulnerable to the cold temperatures.

“When you have a winter coat on, I like to think it’s kind of comparable to the fur on an animal," Cappellano says.

So, if you’re feeling a little bit chilly with your coat on, your animal may be feeling that same chill as well.

There are also other elements that are important to keep in mind that come with extreme cold and snow.

“So, whether it’s someone throwing down salt or something of that nature, that can kind of mess with their paws and their paw pads. It certainly doesn’t hurt to put little booties on an animal. Of course, it depends on how tolerant they are of that," Cappellano suggests.

Stray cats and other feral animals may look to your vehicle to keep themselves warm.

Cappellano says, “Animals will also kind of seek warmth if your engine – obviously turned off – but maybe it’s still kind of kicking a little bit of heat. Sometimes we’ve seen cats crawl up in there or some other type of wildlife and they’ll nestle themselves in there."

Remember to check your vehicle before you start it.