With the emergency legislation now passed, some at the State Capitol feel more should be done to prepare Pennsylvania's economy to make a return. 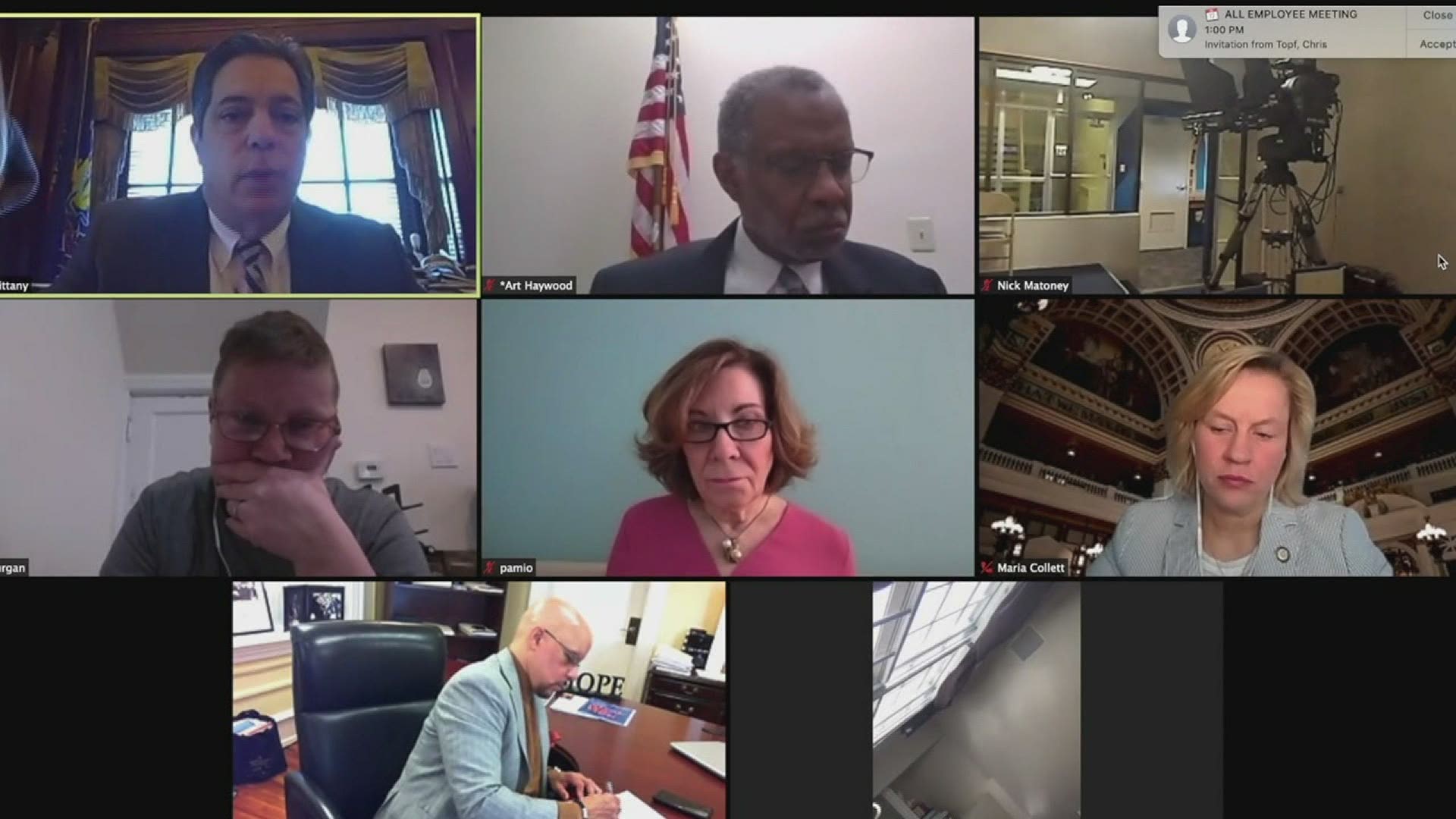 HARRISBURG, Pa. — Desperate times call for desperate measures, and there's an uncommon sense of bipartisanship currently on display at the Pennsylvania Capitol building throughout the last few weeks.

Well, only partly at the Capitol.

State lawmakers in the House and Senate continue to be spread out across Pennsylvania due to the COVID-19 pandemic. Social distancing efforts are keeping Senators and State Representatives mostly in their home districts -- and homes, for that matter -- while they are able to discuss legislation and vote through Zoom meetings.

This week, a primary concern among Democrats and Republicans is allowing local governments to work remotely the same way state lawmakers have been able to the last few weeks.

"We are clarifying how they are able to do their meetings," said State Senator Scott Martin (R-Lancaster).

Martin is the chairman of the Senate Local Government Committee.

"Instead of having a physical quorum in a physical location, we're going to remove that provision. Now, so long as they have a physical quorum on any telecommunications device, that they're giving ample opportunity for the public to comment, they'll be able to still operate normal business," Martin said.

What happens next is still up for debate, even among Democrats.

On Monday, Democratic leaders introduced a policy plan which they say will help workers directly impacted by COVID-19 and its impact on the American economy.

Dems are calling it the Family Relief Action Plan, a 21-point policy plan which includes a number of policies Democrats say they've been fighting for a considerable time. Included in the policy are plans to make sick leave fully paid for Pennsylvanians, make COVID-19 treatment and testing free, secure emergency funding for more COVID-19 safety equipment, and double the current unemployment compensation benefits from 26 to 52 weeks.

"Right now there is a crisis, and we need to make sure workers are healthy and safe," said State Rep. Patty Kim (D-Dauphin). "But a couple months from now, we are looking at a $4 billion budget deficit. How are we going to fix that?"

Representative Kim is concerned Pennsylvania lawmakers are falling into what she says is a "temptation that we are hyper laser focused on the virus," and not doing enough to address the economic concerns the commonwealth will face once the crisis is over.

"As leaders, we have to look out as well," Kim said. "We can't wait for [COVID] numbers to hit the apex and then decide we’re going to look at the economy."