Ross Willard brings his unique and entertaining love of bicycles to make sure everyone stays safe when riding this season. 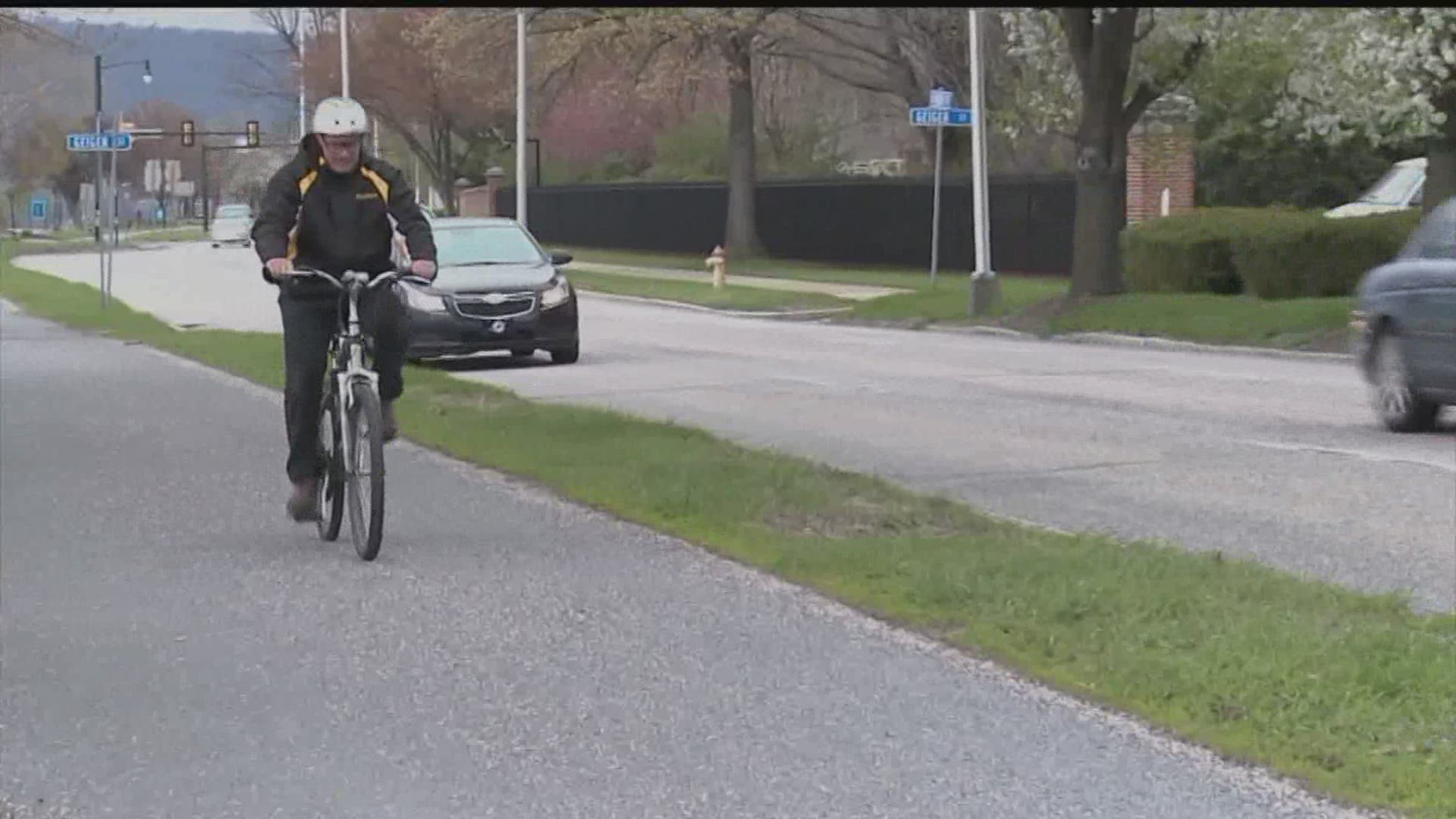 HARRISBURG, Pa. — As the weather gets nicer, it's becoming harder for families to remain indoors. Governor Wolf and Health Secretary Dr. Rachel Levine have said it's acceptable to get outside for necessary exercise. A lot of people are turning to their bikes for the first time this year.

It's no coincidence that usually around the same time, Recycle Bicycle Harrisburg owner Ross Willard is visiting local elementary schools, teaching young kids about proper bike safety if it's their first time riding a bike, or even just reminding them if they're riding for the first time this season.

Unfortunately, schools are closed for the remainder of the 2019-20 school year. However, the FOX43 Bike School is open for business, and Professor Willard's class is in session.

No entry level class is complete without teaching students about the ABCs. In Willard's class, the ABCs of bike safety stand for "Air", "Brakes", and "Chains".

The first thing you want to do when you take your bike out for the first time this year is check the tire pressure.

"We tell people to look at the wheels," Willard says. "Don’t squeeze the sides of the wheel. Do a thumb test; wrap your hand around (the wheel), put your thumb on it. If your thumb wins the fight with the tire, it needs air. Pump it up."

The amount of PSIs (pounds per square inch) which the tire needs can often be found on the side of the wheel.

The next most important thing Willard tells kids is to check the brakes.

"People say, 'They’re semi-working.' Semi-working? Thats not good enough. Brakes must work, so we tell people how to adjust them," Willard says.

He stresses to not use pliers when tightening a brake. Using a wrench is preferred, though an adjustable wrench also works in a pinch.

Lastly, after your bike spends an entire winter gaining rust, it's going to need a little lubricant.

"Oil your chain!" Willard says. "It will love you much more."

Willard suggests using chain oil or cycle oil, and avoid WD-40 as the kerosene tends to eat away the bearings. If you're desperate, Willard says, use motor oil and scrub it on with a used toothbrush.

If you need any help, Willard says a Recycle Bicycle volunteer may be able to come to your home and fix your bike, with social distancing in effect.

All bicycle rides need to have a helmet strapped on snuggly to the top of your head, as well.

"Adjust the strap so you can fit 1 to 2 fingers under, with a V shape around the ear."

Recycle Bicycle Harrisburg is always looking for used and unwanted bikes as donations. You can drop off bicycles currently at 6 Creekside Drive in Enola.