Loudoun County board members have faced death threats. Prince William meetings have broken down with people screaming. There's been violence across the country. 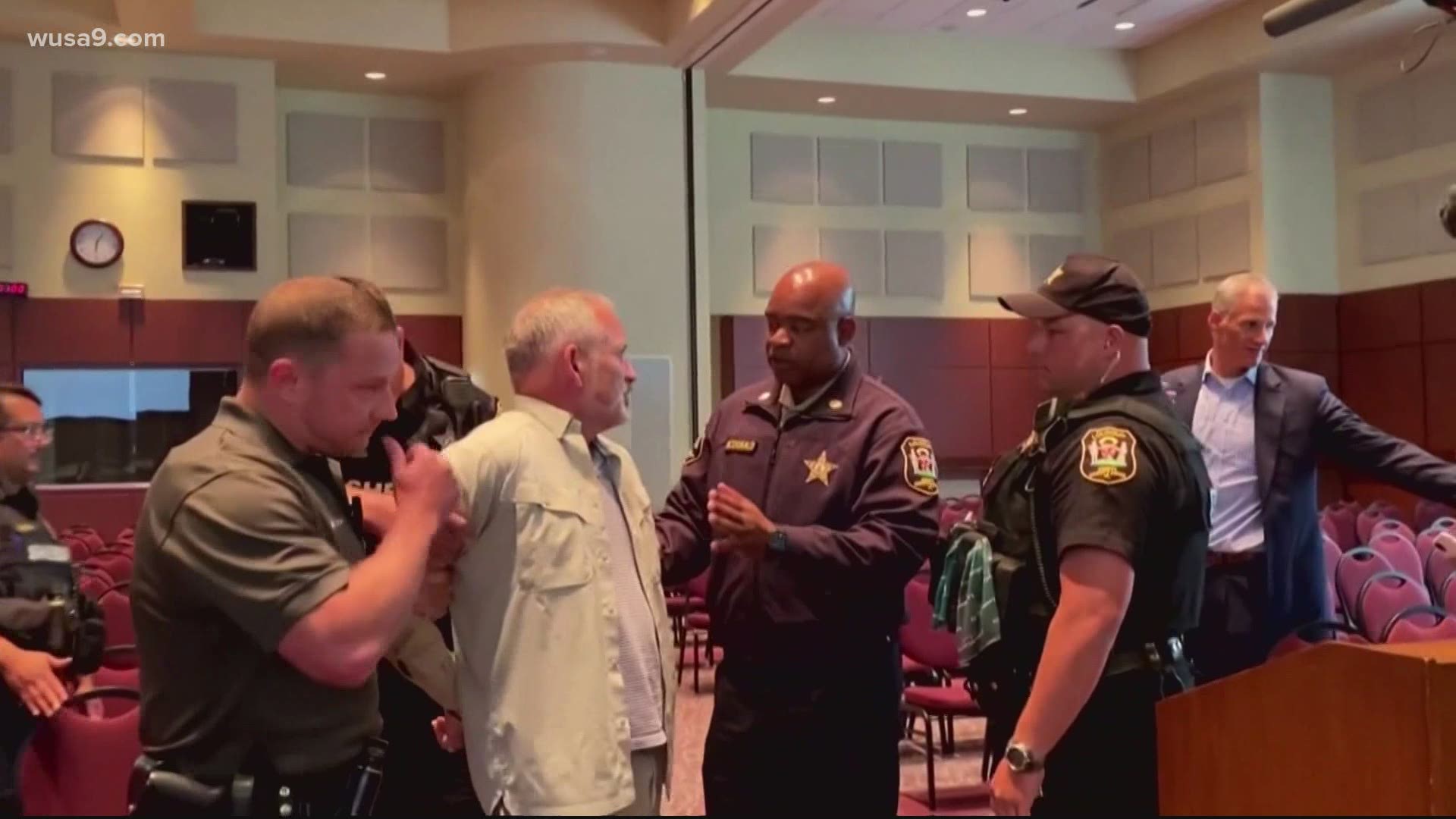 School leaders are asking for assistance from the FBI and the National Threat Assessment Center to deal with an explosion of threats and intimidation.

Writing to President Biden, the association pleaded for help investigating at least 20 incidents of threats, harassment, disruption and disruption at school board meetings. It asked the F.B.I to monitor threats to board members, likening these "heinous actions" to "domestic terrorism."

"Obviously these threats to school board members are horrible. They're doing their jobs," said White House press secretary Jen Psaki.

The letter asks the federal government to “investigate, intercept, and prevent the current threats and acts of violence against public school officials through existing statutes, executive authority, interagency and intergovernmental task forces, and other extraordinary measures to ensure the safety of our children and educators, to protect interstate commerce, and to preserve public school infrastructure and campuses.”

Atoosa Reaser, the vice-chair of the Loudoun board told us she'd faced death threats in June. "It has an effect on you that you can't really put into words, when someone describes the way they want to come into your home and end your life," her voice faltering as she described the terror.

"(T)he threats and actual acts of violence at our meetings are impacting both the division’s and the Board’s ability to efficiently deliver educational services while we address the pandemic’s effects on learning, in my opinion. Now that we are seeing this pattern occur across state lines and via online platforms, I can understand the NSBA’s request for the federal government to assess the situation," she said Friday via email.

In Prince William, dueling sides have disrupted meetings and led police to clear the room.

"I'm very concerned," said Dr. Babur Lateef, the Prince William board's chairman-at-large. "I have school board members who are moms, dads, you know, signed up for this job because they really care about students…. They didn't really sign up for the level of antagonism concern for violence," he said.

The schools association is asking the "U.S. Department of Justice, Federal Bureau of Investigation, U.S. Department of Homeland Security, and the U.S. Secret Service and its National Threat Assessment Center focus their expertise and resources on the level of risk to public schoolchildren, educators, board members, facilities, and campuses. NSBA also requests that the U.S. Postal Inspection Service intervene against threatening letters and cyberbullying attacks that have been transmitted to students, school board members, district administrators, and other educators."

In Prince William, the board chair says some of the anger is triggered by disinformation. "We’re not doing critical race theory," Lateef said.

Lateef said the disruptions are distracting from the hard work the schools are trying to do to help children catch up as the pandemic winds down."It's completely ridiculous that I have to worry about someone getting hurt at a school board meeting," he said.

The school board association says members want to hear from the community, but says it needs help keeping these public servants safe. "Feedback is at the heart of good school board governance and promotion of free speech," the association said. But there “must be safeguards in place to protect public schools and dedicated education leaders as they do their jobs.”