NFTs: What are they and why are they suddenly worth millions? 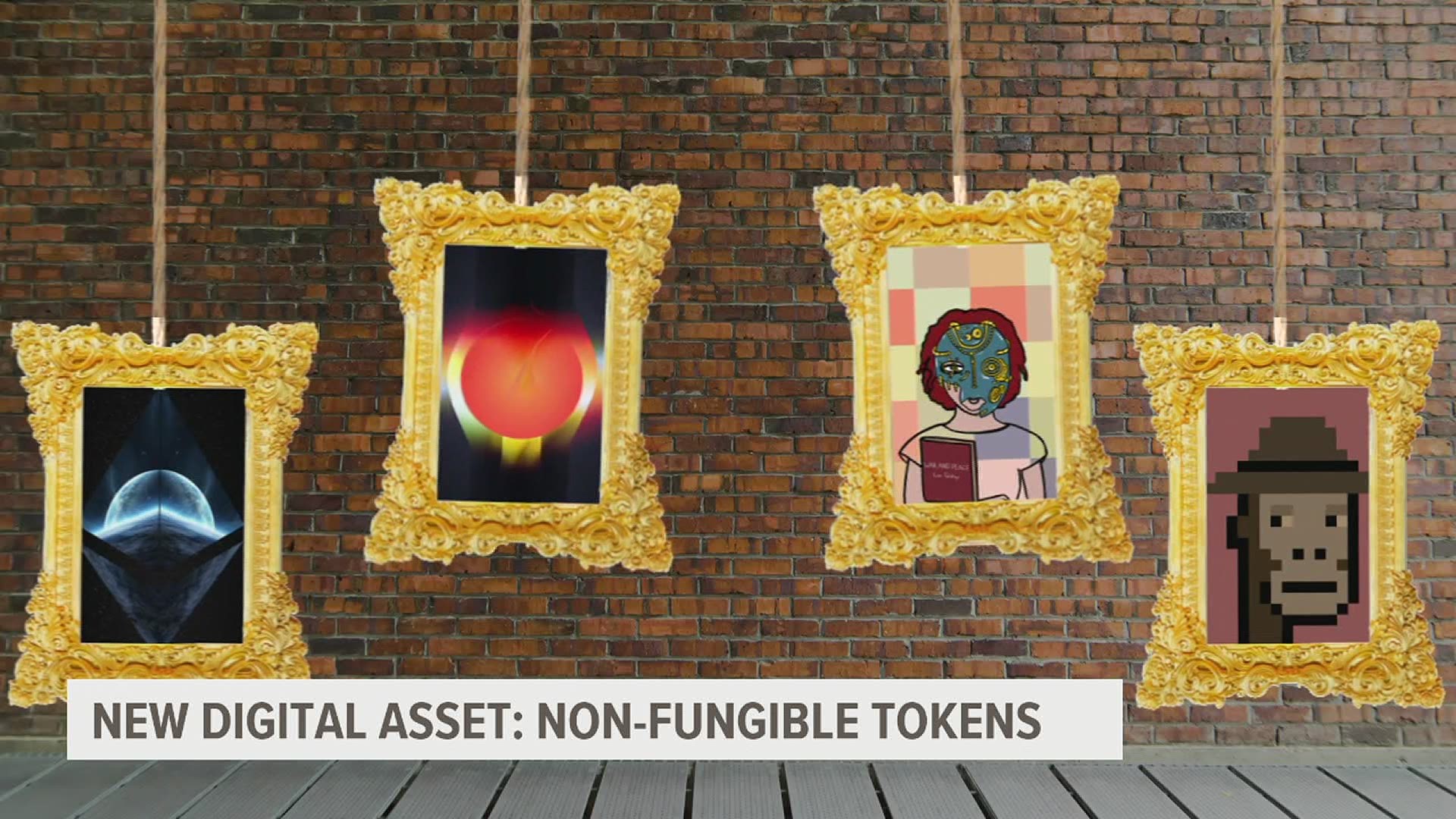 HARRISBURG, Pa. — The internet is full of cats.

This one, named Nana Meanbutt, just sold for $155,545, according to Nonfungible.com.

Meanbutt is a CryptoKitty, a cryptocollectible that’s part of the exploding NFT trend.

Let’s break that down.

Non-fungible means it’s unique and can’t be replaced with something else. Think of it like a super rare trading card that you couldn’t find anywhere else, versus a bitcoin, which you could trade for another identical bitcoin.

The token part is the digitalization of something through an encrypted blockchain. In the case of NFTs, it’s usually done on the Ethereum blockchain. Ethereum is a cryptocurrency currently trading at 1 Ether to $1,470.99.

An NFT could technically be anything digital, like music, a social media post or a video clip.

For example, a 10-second video by Beeple, a digital artist whose real name is Mike Winkelmann, sold for $6.6 million on Feb. 24.

The #1/1 from beeple's first NG drop has just resold on the secondary market for $6.6 million.

History has just been made.

Congrats to beeple and of course to @pablorfraile for the sale. pic.twitter.com/mTYG4VABSw

So what’s to keep you from downloading the same file for free?

“There is no concept of ownership in the digital world, if you think about it,” said Farooq Anjum, an associate professor at Harrisburg University who specializes in artificial intelligence and blockchain security.

There’s no clear consensus on who owns a meme, gif or other digital asset of unknown origin.

The point of NFTs, meanwhile, is owning the original.

Some people are breaking the bank to get their piece of the digital pie.

Is the trend here to stay? Probably. But experts said some technical issues with uploading and ownership need to be sorted out first.

“The gap when going from the non-blockchain world to the blockchain world has some challenges and they need to be addressed before I would feel comfortable with NFTs,” Anjum said.

And uploading even more cats to the internet.