Love Disney theme parks? Own a rare piece of them while you can

Heritage Auctions in Dallas is selling one of the largest collections of Disney theme park memorabilia ever assembled. 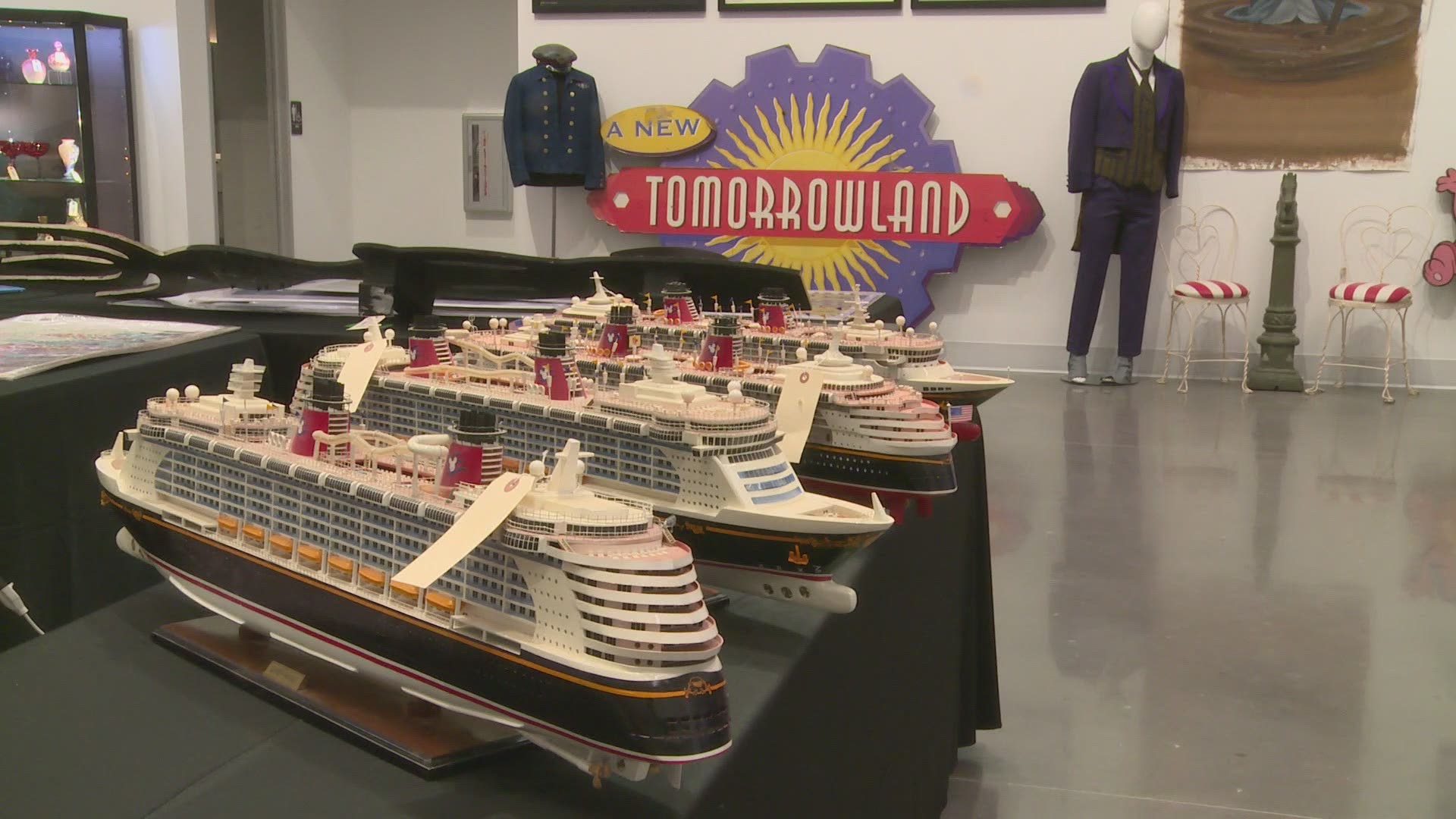 Starting Thursday, Heritage Auctions in Dallas is selling the largest collection of Disney theme park memorabilia that’s ever been assembled.

“We have never seen a collection like this all together before,” said animation cataloger Stephen Wetzel.

Wetzel knows because he used to work for Disney.

The live, online auction, that runs through Saturday, will give the general public its best chance to own a piece of Disney theme park history.

Some items are from the grand opening of Disneyland 66 years ago, but there’s one item Walt Disney drew up even earlier.

“Before Disneyland, he had an idea to build a railroad in his backyard,” Wetzel said.

The blueprints he used to build that railroad are another item that can be bid on. Those documents are quite historical because after building a train around his house, Walt Disney was inspired to build Disneyland.

“If Walt had not built Carolwood Railroad, chances of having Disneyland today are almost zero,” Wetzel said.

However, he did build it and when he did, vintage posters promoting all the different rides welcomed visitors to the park.

“Just before you go on to Main Street, you see these posters,” Wetzel said.

Once park-goers got to main street, they’d see the Main Street Electrical Parade. A sign from the parade is for sale and Wetzel says it’s the only one of its kind.

All together, there are roughly 800 pieces of Disney history on the auction block.

“When I walk in here and I see these things it takes me back to my childhood,” Wetzel said.

Whether it’s a 7-foot Mickey Mouse from Disney World or a hand-painted mural from the Haunted Mansion, bidders can walk away with a piece of their childhood.

“And an opportunity to bring home a piece of the Disney Park and put it in your house,” Wetzel said.

It’s a chance to make the happiest place on earth home.

To view the items for sale or register to bid, click here.