The partnership started after the Harrisburg School District had to close due to the COVID-19 pandemic, leaving many families potentially without meals. 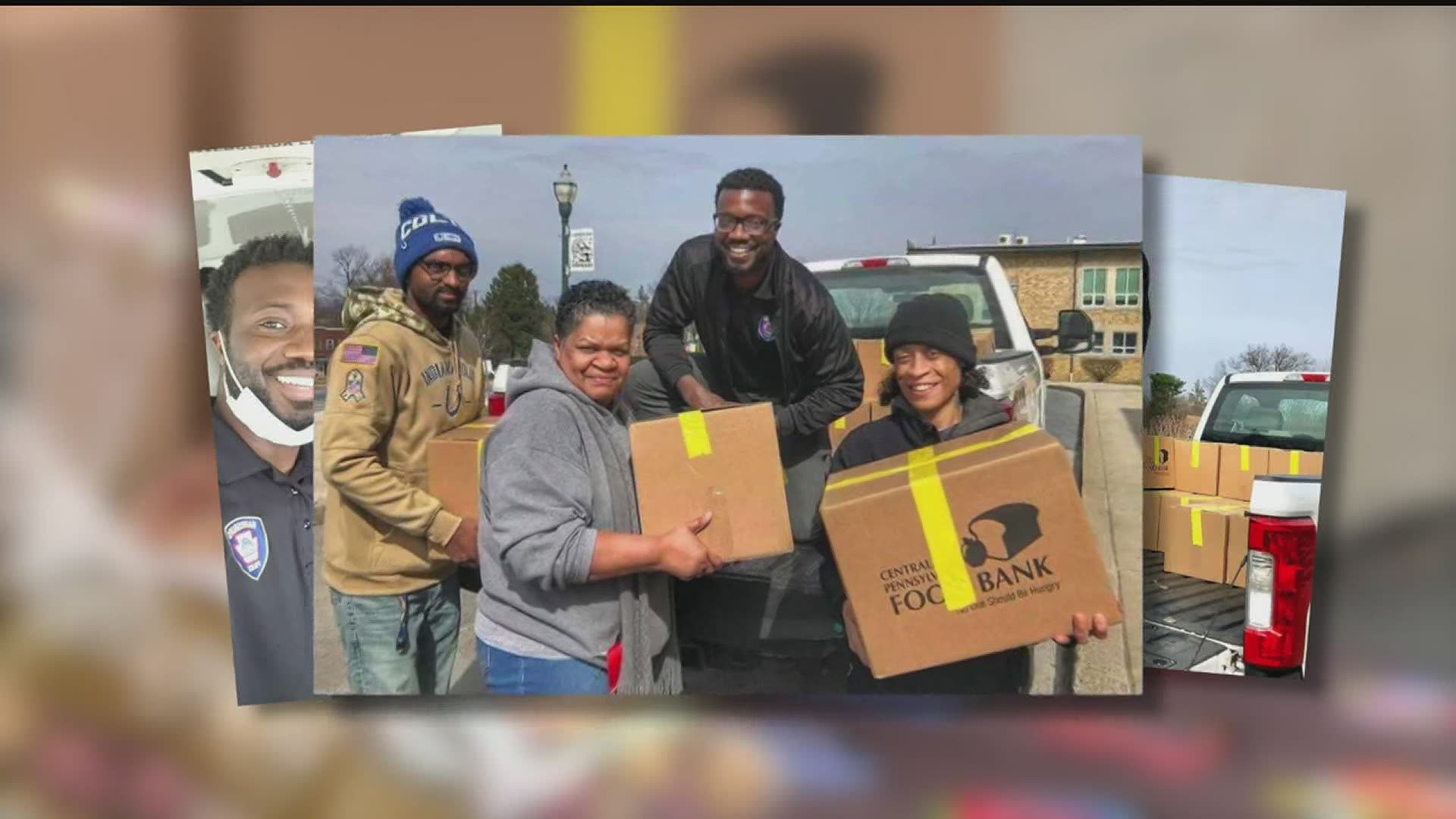 HARRISBURG, Pa. — As the COVID-19 pandemic continues to be unlike anything we've ever experienced in this lifetime, a partnership between the Harrisburg Police Bureau and the Central Pennsylvania Food Bank continues to give hope, when at times it seems like there is none.

Every Thursday, starting at 4 p.m. and going until supplies run out for the day, police officers, along with a cast of dozens of volunteers, distribute food to families. The food giveaways started when Harrisburg School District had to shutter its doors under the governor's orders because of the coronavirus outbreak. Since then, in a little over a month, more than 200,000 pounds of food has been distributed.

At 25 pounds a box, that equals out to over 8,000 meals handed out to Harrisburg families in need, many whose children rely on breakfasts and lunch at school.

"When we do good and it help others it reciprocates," said Blake Lynch, Harrisburg Police's Community Policing Coordinator.

Lynch is one of the main organizers of the food drive. His team packages the food at the food bank on Wednesdays. Then on Thursdays, volunteers break out to one of the eight distribution sites: Six schools in the Harrisburg School District (Ben Franklin, Camp Curtain, Downey, Foose, John Harris, and Rowland), the Heinz-Menaker Senior Center in Uptown Harrisburg, and the Latino Community Center in Allison Hill on 13th & Derry Streets.

"We have to serve more residents," Lynch said. 'When you look at the city, most people have to walk to these locations, so we’re trying to bring resources to them."

All meals are distributed with CDC safety guidelines in mind. Everyone involved wears masks and gloves to protect themselves and others from COVID-19. Lynch says there are only 8-10 volunteers involved at any given location to adhere to social distancing.