Harrisburg native achieving her dreams, makes it on the big screen in the Marvel Cinematic Universe

Lori Livingston got her start as a dancer in “Planet Groove” and has now worked her way up to the big screen, appearing in “Captain Marvel” and “WandaVision." 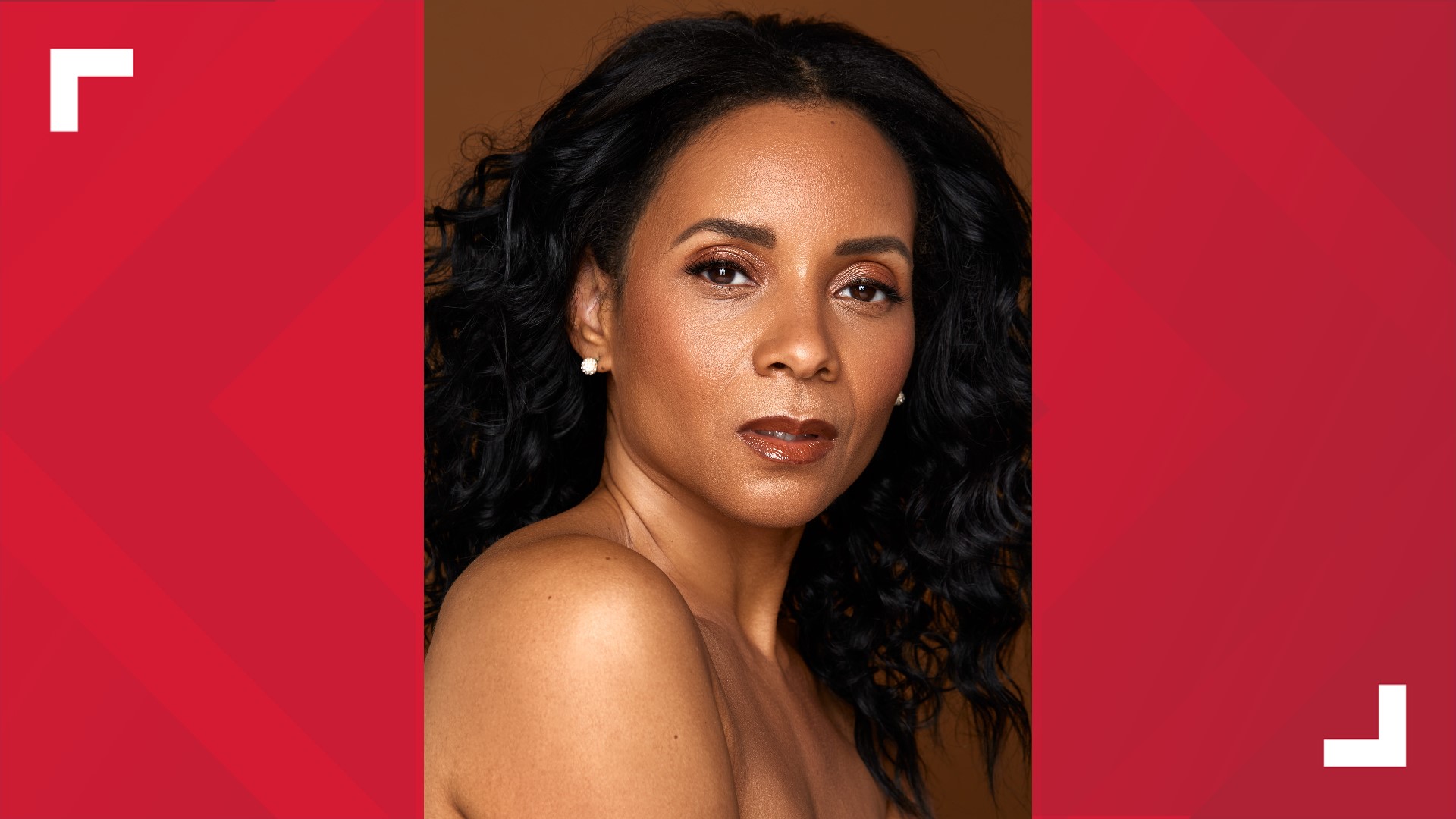 From a young age, she was determined to make it onto the big screen.

Livingston grew up on the south side of Harrisburg on S. 13th St., originally called Hoverter Homes at the time. She recalls moving from one impoverished town to the next until her mother decided enough was enough and sent Livingston at the age of 12, along with her brother, to Milton Hershey School, a private school for underprivileged children.

“I grew up a typical kid, just had my friends, we played around at my grandparents house on Chestnut St. in Alison Hill, so I spent a lot of time with them throughout the summer -- a typical Harrisburg kid,” Livingston recalled.

While she didn’t necessarily see herself moving out of Pennsylvania, Livingston knew she always wanted to be on television from a young age.

“I grew up watching things like The Love Boat and Fantasy Island and all those late 70s-80s type shows that were full of glamour and I just wanted to be a part of that. I didn’t know where that was per se, I just knew I wanted to be a part of it. I knew I was going to do something along those lines, so my mind was always kind of preparing for anything that would get me on TV,” said Livingston.

She originally thought she was going to be a singer, but ultimately ended up landing her big break as a dancer on “Planet Groove.”

Around the summer of 1999, Livingston would travel down to Washington D.C. with a couple of her friends to appear on the show.

As Livingston described, “We became kind of like local celebrities because we were on this dance show. That was actually my first big break to television. I didn’t even see that coming, it was meant to be just for fun and it ended up turning out to be something big.”

Livingston explained how she didn’t grow up with a lot of role models. Unlike Hollywood, the opportunities in Harrisburg in the late 70s to 80s weren’t as readily available and television was the closest outlet to what she wanted to pursue.

“So in my mind I just knew that’s where I wanted to be [on TV], and just tried to live as close to that as possible in a place like Harrisburg, Pennsylvania. Making those dreams come true right there, as much as I possibly could,” she said. “For me that was like a massive accomplishment, like it was no small thing. To be on TV in Harrisburg was like- “wow I did it.” It was always something I was planning to do or working on somehow."

Since Livingston didn’t have many role models in her life growing up, she wanted to be one for pre-teens once in her position, wondering where they fit in in the world. Thus, she wrote a book called “But Beauty Wasn’t Within Me,” which Livingston described as “like a mini coming of age from a child’s perspective.”

Livingston started off her modeling career by signing with The Bowman Agency, a Lancaster County based modeling agency that opened up the doors for her to start booking commercials.

Similar to her pursuit of television, Livingston knew she would make it to Paris one day to see the famous Arc de Triomphe, a monument she would stare at through a picture frame in her second grade French class, in Foose Elementary School.

“So when I actually made it to Paris as a runway model, it was just like the first thing I had to see when I landed in France. I had to give that second grader in Harrisburg, Pennsylvania... I had to give her this moment. So I took some pictures there and that for me was like the iconic seal of approval.”

Livingston has modeled for some of the top designers in the world, including IMAN, Badgley Mischka, Zang Toi, Charles Nolan, Valentino, Vince Camuto, and Twiggy.

Yet, she described how nothing compared to the moment she made it to Paris to model in front of the Arc de Triomphe, fulfilling her second grade dream.

In the midst of these incredible achievements, tragedy struck close to home. Livingston’s son, Devin was diagnosed with a rare form of cancer at 16-years-old.

“I was still traveling so I would have to come back-and-forth in between that to be with him and just be there for him and try to keep that strong face, even though eternally I was dying,” said Livingston.

Devin was undergoing chemo radiation at Hershey Medical Center, but not enough progress was being made. After transferring him to Vanderbilt, Devin was able to beat the odds and survive his rare form of cancer.

Vanderbilt plans on doing a documentary on Devin's battle, as well as using the same treatment process that saved his life on other kids, with the hopes of giving them a second chance.

When Livingston first came to Hollywood, she had to prove that she was more than just a model, so she began doing whatever she could to stand out as a serious actress.

“There’s a struggle sometimes to be a Black actress, but I think life in general is a struggle. At some point, you have to continue to move forward," said Livingston.

Livingston starred as a MMA fighter in her first television show, “Kingdom” with Nick Jonas, where she received training to learn how to fight like an actual MMA fighter.

Next, she made her way onto Grey’s Anatomy as part of the legal team, where earlier on in the season she had the opportunity to play several different characters.

“There’s a famous scene with Maranda where she is like ripping into this guy because he had gotten himself in trouble, and I’m right there in the legal team with her,” said Livingston.

Then Livingston was offered a chance on the big screen, with Marvel nonetheless.

“So what I did was I started doing a lot of stunts, a lot of fighting sequences. A lot of my early on movies and roles were fight scenes. I was literally, physically fighting people. That kind of catapulted me to get Marvel’s attention, which I wasn’t looking for specifically, I was just kind of putting myself out there.”

“And then Marvel called. It was [for] “Captain Marvel” and I remember nobody wanted to do it, like a lot of girls were like “I’m not putting prosthetics on my face” and I was just like “I’ll do it! It’s Marvel, I’ll do it!””

Livingston became one of the first original "Skrulls" to be introduced into the Marvel Cinematic Universe, originally from the comic books and now on screen.

Since she had to wear numerous amounts of prosthetics on her face for her performance as a "Skrull", Livingston was able to appear interchangeably throughout the film as other characters.

She elaborated, “In the first ten minutes of the movie, when Jude Law and Brie Larson are talking to each other in the metro, I’m actually standing right behind her. So you see my face, like I don’t have prosthetics on.”

Livingston stated how she had always been a fan of Marvel growing up as a kid in Harrisburg. She recalled frequently watching Marvel cartoons with her siblings while they were growing up.

“I remember seeing Mystique in “X-Men” a few years back and that for me was like the pinnacle of everything because she was one, a supermodel, and she was kicking butt, and she was awesome,” said Livingston. “Mystique- she changed my life. When I saw that [her] in “X-Men,” I was just like "holy crap, we can do that?" From there, I was like okay let’s do this.”"

Around last August, Marvel called Livingston to see if she wanted to reprise her role as a "Skrull" on their popular television series, “WandaVision.”

At first she was hesitant, explaining, “Initially I said no, because when you’re wearing prosthetics that’s a lot, it’s all day. It’s a lot on your face, on you.”

But, after taking a few days to think on the opportunity she would be passing up, she called Marvel back and ended up auditioning and landing the part as a "Skrull" agent in “WandaVision.”

Acting during a pandemic

Livingston also described what it's been like working in Hollywood amidst a pandemic.

“The pandemic has just completely changed the course of everything for us as actors. In between takes, I was shooting with Captain Rambeau, played by Teyonah Parris, and she and I would wear a face shield and the rest of the crew would have to keep their mask on.”

Social distancing, temperature checks, and COVID-19 testing have become a normality on set and according to Livingston, most of Hollywood is currently vaccinated.

“It’s not mandatory, but it’s like if you want to work, you kind of have to be vaccinated. So far production is booming and things are moving so it seems to be working,” she stated.

Overall, Livingston has enjoyed her experience with Marvel so far, describing feeling right at home.

“Marvel is like an equal opportunist. I love the fact that Marvel has opened the doors to everyone. All of my coworkers, all my co-stars, they’re all different races, I love that about Marvel. For me, I just feel right at home.”

As for her hometown of Harrisburg, she hasn’t been back since 2017.

But, she does miss it and looks forward to returning home soon to give herself a temporary break from Hollywood.