It was an act of kindness the family says eased the tension for many who were marching. 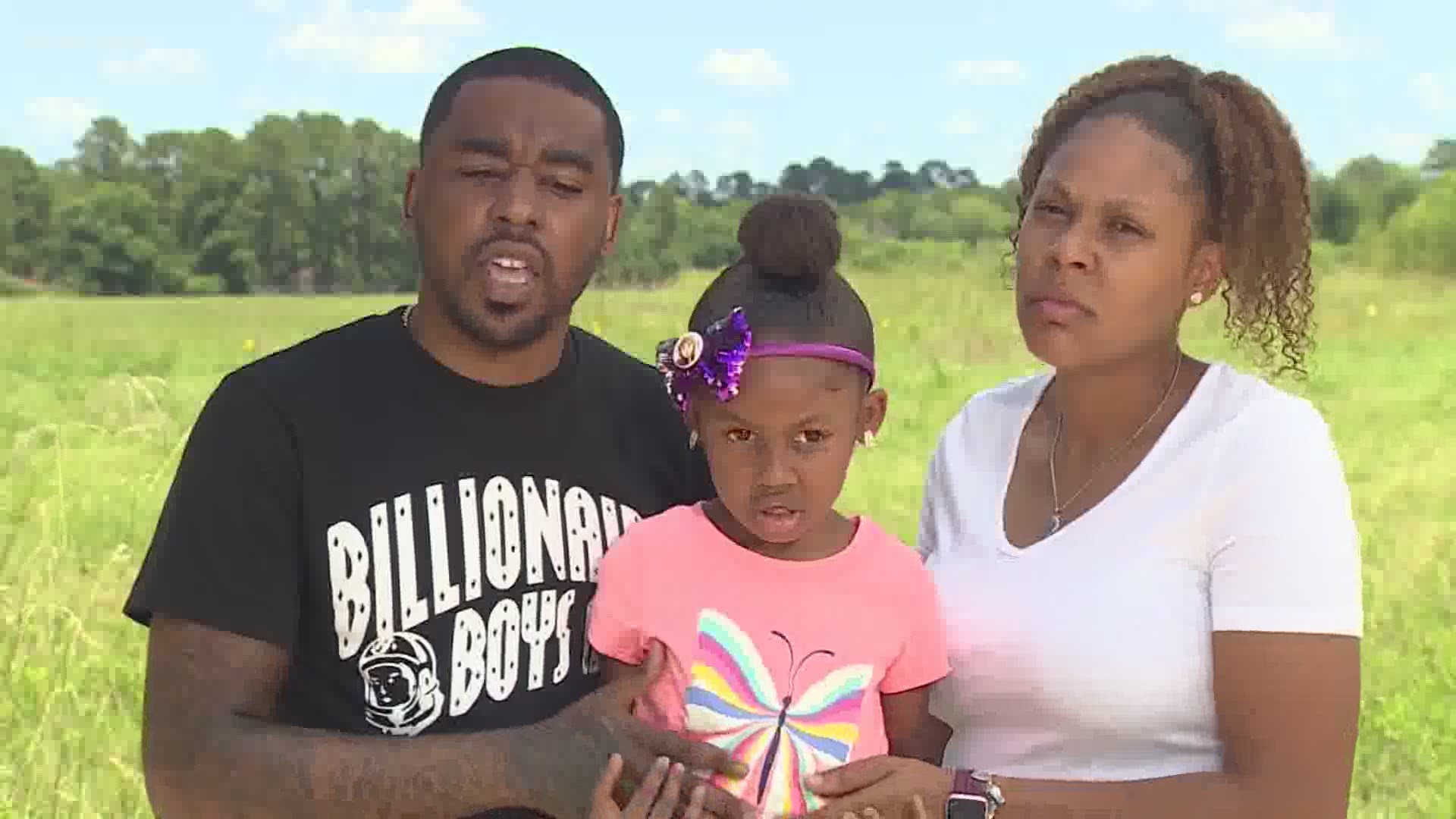 HOUSTON — An emotional moment was caught on camera Tuesday during the George Floyd march downtown.

Video shared on Twitter showed a Houston police officer embracing a little girl who was crying. The 5-year-old girl, Simone Bartee, was marching with her parents when they came across a group of officers in their riot gear. She was crying when she asked the officer if she was going to get shot during the march.

The officer knelt beside her and said, "We're here to protect you, OK? We're not here to hurt you at all, OK. You can protest. You can party. You can do whatever you want. Just don't break nothing."

On Thursday, Simone admitted she was "a little bit scared" meeting with the officer.

“The fact that got me was when he put his arm around her. He didn’t have to do that. He could have just been looking at her like all the other officers,” said Sion Bartee, Simone’s mom. “I believe he was genuinely concerned about her safety and her feelings more importantly."

The officer, whose name the Bartees didn't get, also told Simone that he had a little girl and he also wanted to go home to her.

“I think he really poured his heart out and spoke from a genuine place,” said Simeon Bartee, Simone's father.

It was an act of kindness the family says eased the tension for many who were marching. And one that gave them hope that all good is not lost.