We get to the bottom of this study right "meow!" 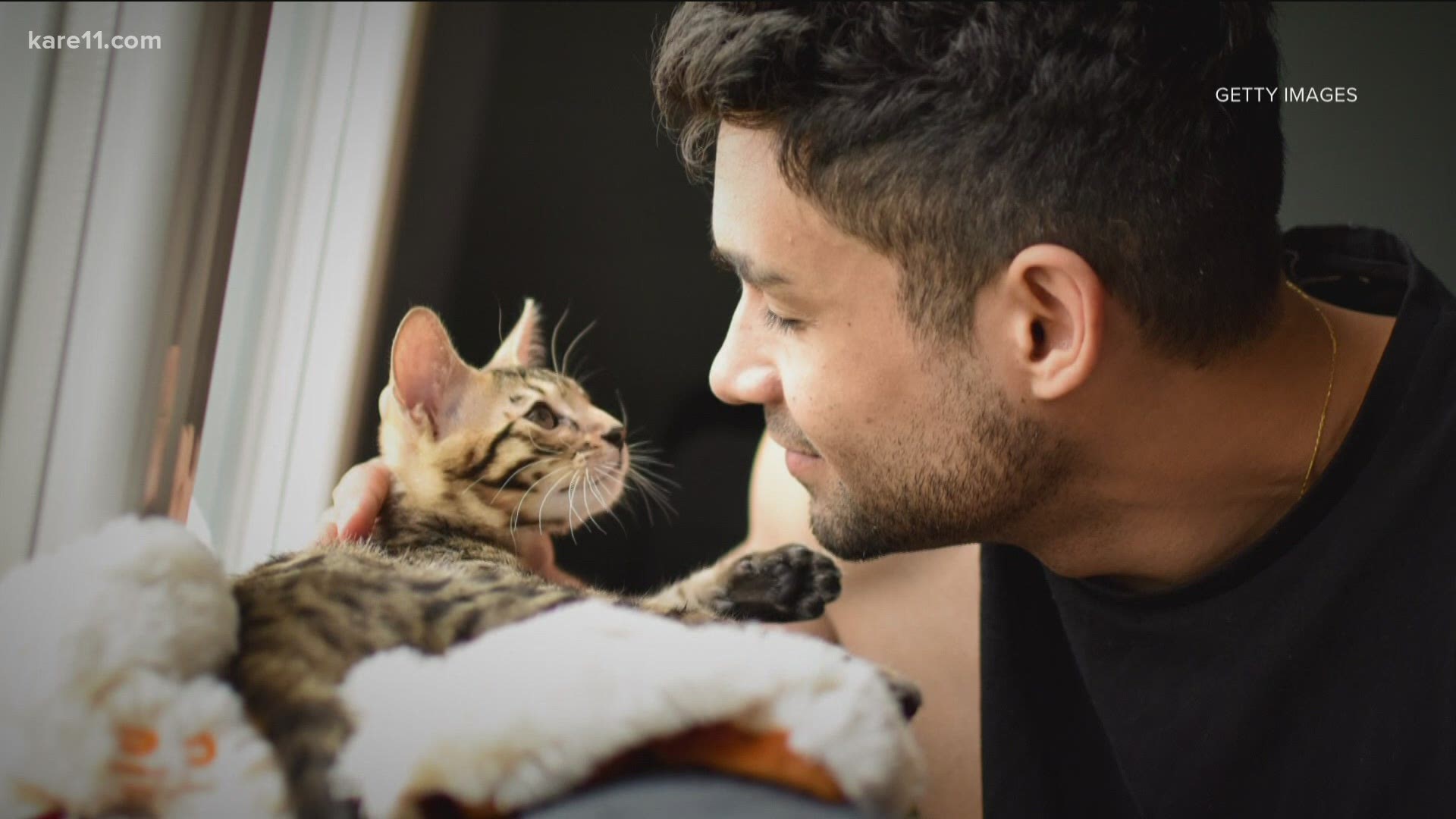 MINNEAPOLIS — If you've got a cat around right now, make sure he or she doesn't see you reading this.

Because a study shows, if you are a heterosexual man, that very cat of yours...might be the reason you might be without a Valentine this Sunday.

"Generally speaking, people are going with: keep your cat out of your profile picture on your dating apps," Dr. Shelly Volsche said.

Volsche is an Anthropologist with Boise State University. She conducted a study with a psychologist at Colorado State that suggests women thought that a man photographed with a cat was 'less masculine, more neurotic and ultimately less datable.' Ouch.

Over 700 women were shown a picture of a man with a cat, and of the same man without a cat.

They did it again with another set of around 700 women, with a different man. Same cat. Same deal, both shown pictures of the man with and without a cat.

"Even though we say we shouldn't judge a book by its cover, there's something going on in the back of women's' minds when they see that cat and make assumptions in their minds about men being may be feminine and neurotic," Volsche said.

She added that the results surprised her, especially because her earlier research had shown that men with pets in general did better on dating apps than men without pets.

"It totally surprised us," Volsche said. "I've actually gotten emails from people who say, 'I love my cat man,' and I think they've gone looking for the story saying, I think he's cuter with the cat. The challenge is, that's all after the fact, and they know what the conclusion is so they go back and look at it from a different perspective."

"I think that's the takeaway from this study is to realize that those stereotypes still exist," she continued. "Whether or not we think it's accurate, whether we think it's fair to judge a guy as neurotic, feminine, or a homosexual just because he has a cat-- clearly that's still persisting that people do."

"There are actually calendars out there, where it's just firemen holding puppies," she said. "Maybe if we include more cats, more variety of companion animals in those types of things to break down those walls, to show, here's this really hunky guy holding a bunny rabbit."

Please don't ditch your cat before this Sunday because of this interview and article. Volsche explained that there are a lot of variables and ultimately it's about the relationship a man would want to portray.

"A lot of it too has to do with the type of relationship that you have with your companion animal that you convey," she said. "I think that's something a lot of women are tuning into as well, what is the commitment level, how do I see you treating your animal when you go to the park with us, or when I come over, those things are definitely relevant as well."

Volsche clarified that this study only looked at heterosexual women's perception of heterosexual men and added that the results beg further research.

She said her next phase of the study will try to take facial features of the men out of the equation to have the study focus on whether the pure existence of the cat has any sway in whether someone would go on a date with you.

OTHER NEWS: Doctors at HCMC use new imaging technology to treat frostbite cases

OTHER NEWS: Alabama Amazon workers begin union vote that could resonate across country 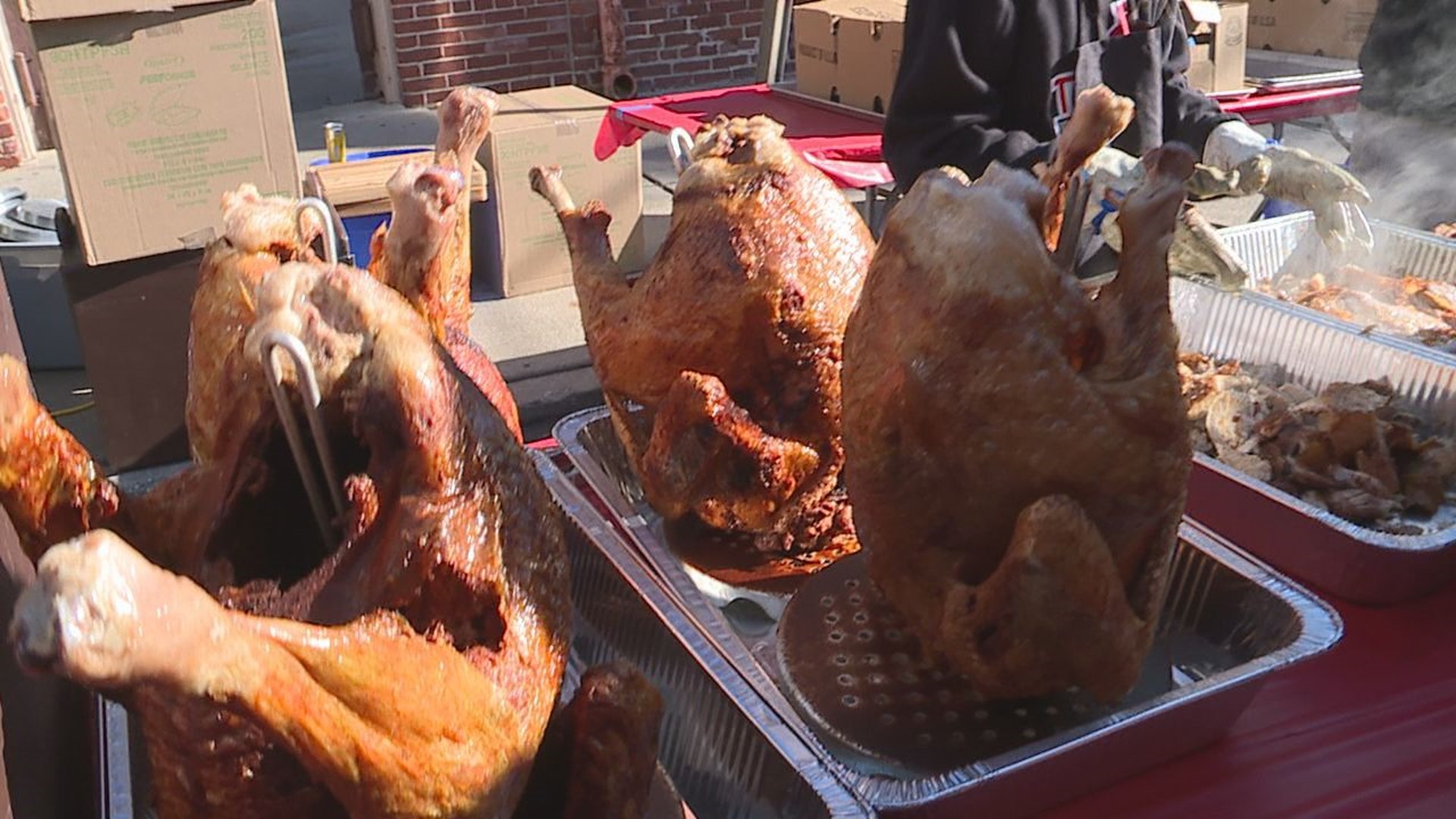