An Angel (donor) among us: Family's journey and aftermath to find a miracle transplant 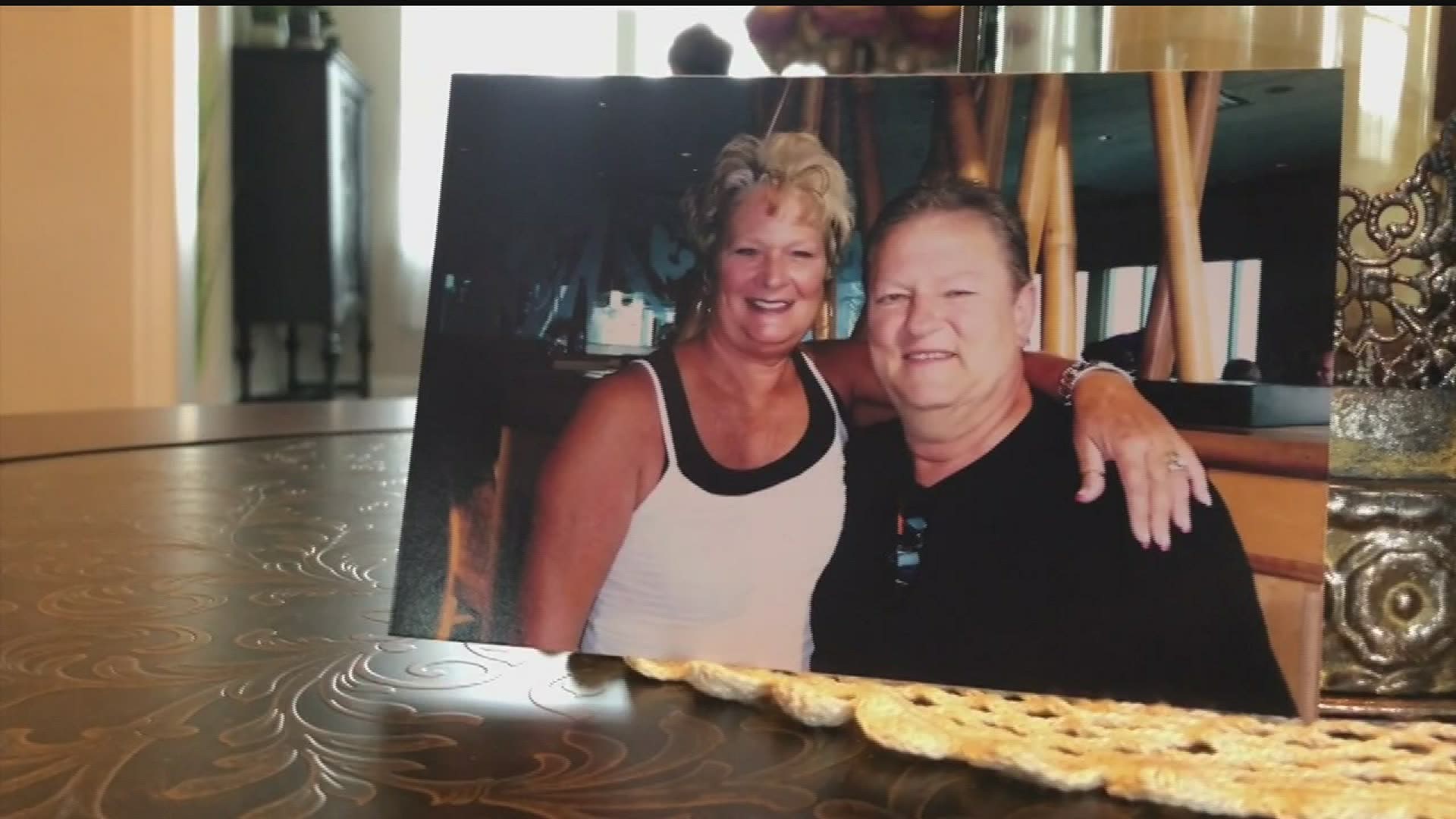 A yard sale on Gabrielle Lane signals the change in seasons. Driveways are cluttered with someone's trash, bound to become someone else's treasure.

Outside, talking to neighbors, is Lester Martin. What he needs -- his treasure, if you will -- you can't buy.

"How are you feeling," one friend asks him.

"Well," Lester sighs, then after a pause, a stare off into the distance, and a realization he needs to be honest with his closest confidantes, he turns back and shakes his head. "Not good."

It's June 2019, and for the last five years, Lester Martin has battled non-alcoholic cirrhosis of the liver. It's a byproduct of his diabetes. After years of fighting, he needs a new one, and is running out of time.

Lester has gotten so weak, he and his wife Esther, recently moved from Shippensburg to a ranch home in Chambersburg so they didn't have to worry about stairs. Doctors told the Martins it could take five years to get a new liver on the donor waiting list.

"Some days it's all he can do just to shower and get dressed, and he's done for the day," Esther said. "I watch his health deteriorate and it rips my heart."

So Esther, a devoutly Christian woman, turned to Facebook for a sort of a Hail Mary. She started a group page, titled "Our Journey", and put out an all points bulletin request.

"I said to save his life, I have got to find him a living donor," she said.

"SHE ORDERED A CAKE"

Kara Anzalone remembers the day in August of 2018 her world changed.

In her neighborhood, everyone knows the mid-20s mother of two is the resident cake baker, and an older couple just moved into the house up the street.

"I can't remember how she found me but she was asking about a cake for her granddaughter's birthday," Kara said of Esther. "She ordered a cake, not knowing who I was."

Kara and Esther belonged to the same neighborhood Facebook page, and Kara got word of Esther's search for a liver donation. She thought about reaching out to Esther, but never acted on it.

The two never spoke or saw each other in the months after. Later that fall, Kara and her family went to Sunday church. The pastor, she said, gave a prayer request for a couple in need of a liver transplant and was looking for a donor.

Kara's faith, much like Esther's, was calling to her.

"I had already been tossing around the idea of helping, and that was the sign I needed."

Kara, much like Lester, had O+ blood. She got tested to see if she was a match to donate part of her liver to Lester, and the match was perfect.

"It's so crazy how everything fell into place," Kara said.

Crazy, not only because the two barely knew each other, and Kara had never met Lester before, but as fate would have it, the Anzalones lived across the street and three houses down from the ranch home Esther and Lester Martin had just moved into a few months earlier.

"It blows me away," Esther said, "that someone who was a total stranger, could be so selfless."

Lester chimes in, "That's why we call her our angel donor."

ONE DAY AT A TIME

Dr. Zakaiydah Kadri, the Chief of Transplant Surgery at Penn State Hershey, said Lester's liver condition was so bad, they believe he only had a few weeks left to live. Renal function in the liver had deteriorated to the point he was anemic, and doctors nearly cancelled the surgery because of the risk involved.

"He had a living donor," said Dr. Kadri, "which is exceptional."

Dr. Kadri says there are about 14,000 people on the liver transplant waiting list every year, and only approximately 7,500 get a donation. Of that, only 400 come from live donors, largely because only about 10 to 30 percent are actually qualified to donate.

Kara donated 60 percent of her liver, which is fine because the liver regenerates.

"Live donation is an important process," Dr. Kadri said. "It allows people to survive. What makes this so extraordinary is that this wasn't a family member. It was someone willing to do good, and the only benefit donors derive is the good they're doing in helping somebody."

Over time, Kara started to recover. However, Lester did not. Summer turned to fall, and Lester's condition worsened. At one point, he improved well enough that he was able to transfer to an outpatient living center. However, within two days, he was back in Hershey.

On Thanksgiving weekend, November 29, Esther Martin received a phone call in the early hours of the morning to rush to the hospital.

Lester Martin could no longer fight. He died at the age of 69.

Doctors would discover Lester contracted a rare condition called Graft vs. Host disease, which affects fewer than 20,000 Americans a year according to the Mayo Clinic. Essentially, the new organ was attacking blood cells in his body.

"Nothing turned out as we had planned," said Esther. "Now it's just one day at a time."

"FINDING MY WAY THROUGH THE FOG"

Like the cold wind that bites through the Chambersburg air, you never know the direction life will take you.

A few months after Lester's death, not much has changed for Esther Martin.

"It still doesn't seem real he's not here," she said. "He was so happy he was going to get a new liver, and be healthy again. Never in 1,000 years did I think I'd be here without him four months later."

Lester may be gone, but he is never forgotten. Esther wears his bracelet around her wrist, and wedding band around her neck, every day.

Kara Anzalone still bakes cakes, just no longer across the street and three houses down from the Martins. She moved into her own apartment in October, and is currently going through a divorce.

"I was put in the right place at the right time to be able to help, and whether it worked out the way we anticipated or not, it still changed things for me," she said."

Life moves in ways you never know where you'll end up.

In her new apartment, pictures line the wall of her two young daughters, playing in the snow, smiling and laughing. Meanwhile, in her phone, Kara tears up looking at pictures of her new family -- a woman in Esther Martin who says she'll always been grateful to Kara for sacrificing her liver for four extra months of time with her husband, and a man in Lester who will always be part of her, despite barely getting to know each other.

"It makes me feel good that she still, after everything she went through and everything that didn't work out, that she still cherishes me and the time we spent together," Kara said. "I think its helped her and helped me to have each other and the family."

Looking at photos of her and Lester together is just too difficult for Esther Martin.

It's late February of 2020 and Christmas decorations still line the home along Gabrielle Lane that the Martins moved into by necessity a year and a half earlier.

"You think you can comprehend what it's going to be like," Esther said. "We had our first child, a 6-month-old baby die in my arms. That was nearly the death of me. I was by my mother's side when she passed away two years ago. My mother in a law and sister in law passed away two months later. And as terrible as they were, it is nothing compared to losing my soulmate.

"Part of my heart went with him," Esther said. "I'm just trying to find my way through the fog."