TJ Griffin and Jose Rios created "Creative Hope Studios." The initiative brings the creativity and influence of hip-hop to reach the hearts and minds of adolescents 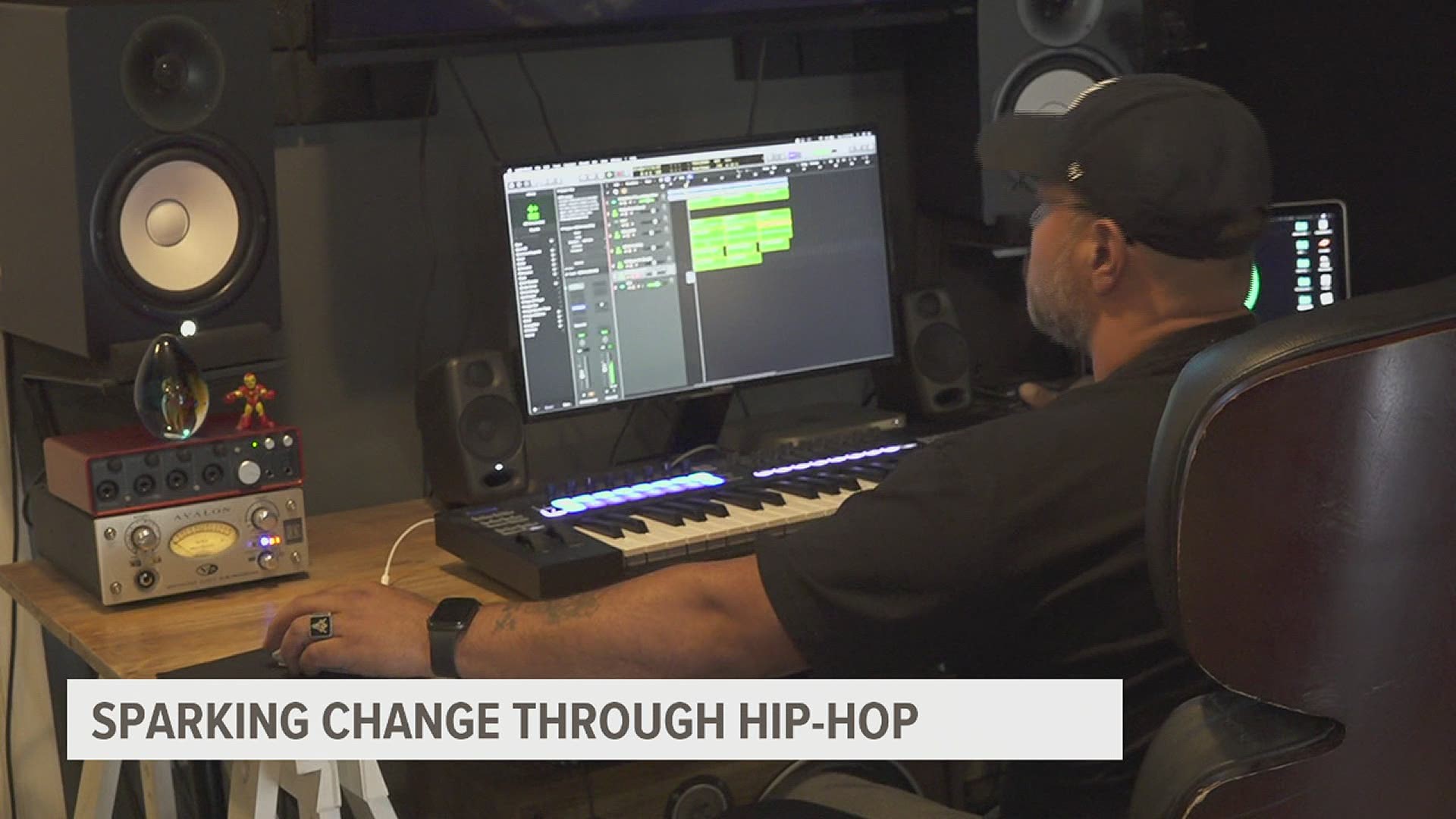 LANCASTER, Pa. — TJ Griffin and Jose Rios share a passion for youth mentorship and seek to show troubled youth, there is light at the end of any tunnel.

The hope is personal, as they have had struggles in their past.

"I come from the juvenile justice system, I was in the system, probation system programs, I was raised in the streets as was he," said Griffin, co-founder of Creative Hope Studios.

The two have their own independent companies, Griffin, Division Program, and Rios, Dream Loud.

The organizations are geared to influence positive change through creativity.

The COVID-19 pandemic slowed the revenue and busy flow of many events and businesses in 2020 including those of Griffin and Rios. Despite this, the two did not stop doing what they know best.

Griffin and Rios decided to combine their love of music, specifically hip-hop, and their knowledge and experience of their past struggles. With this, they created "Creative Hope Studios."

The company has launched in different juvenile detention centers across the country including the states of Florida, Tennessee, Texas, and Pennsylvania.

Through different sessions with adolescents, they were able to see quickly music provides a sense of familiarity and greater invitation.

"Only certain specific people of the culture that build a relationship first can bring down that wall where they'll receive it," said Griffin, "hip-hop culture does that for us, it gives us that opportunity to bring that wall down."

The two say they realize what has many children stuck such as poverty, pride, peer pressure, and much more.

However, they say they are adamant about teaching: what said role models have taught in the past are not what they should follow.

"If there's no guidance, and you're surrounded by crime, the environment starts to play a part, and the education starts to teach him what's real, what's a good man, what's a strong man, and some of those rules are lies, they keep us stuck," Griffin said.

Rios adds opportunity is always everchanging and they are endless in today's age.

"There is so much opportunity out there to grasp on that they don't know," Rios said, "TJ and I, we try to give that information to them and put it in front of them to let them know that you have this you can do this."

Rios acknowledges the road out of one's struggles will not be easy nor the same for everyone but urges people especially those who are young to realize there is hope and light out of any struggle.

"Follow your dream, keep on moving forward keep on believing in yourself and do what you love to do until it becomes your full-time job," he said.

In addition to the studios, they currently have, Griffin and Rios hope to expand to all 50 states.

They also hope to continue their expansion here in Pennsylvania to touch their close-knit communities.