Things To Do: Build your own zoo with stuffed animals

You can also take the lead of a mystery artist in Virginia writing random, kind notes, or enjoy the start of a digital South By Southwest festival. 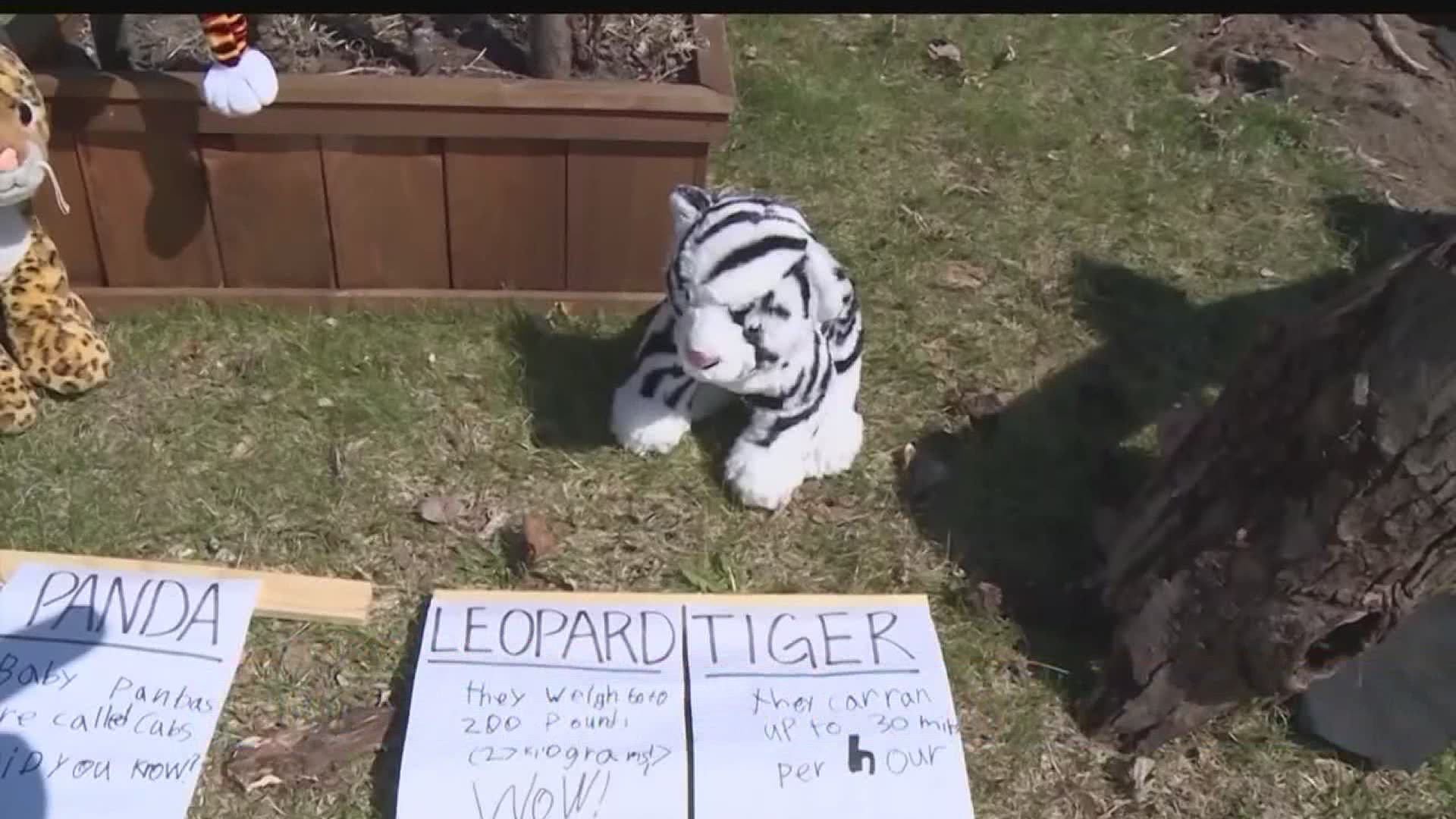 It's been six weeks since most of us started to quarantine, so it's understandable if you're lacking in original ideas on ways to stay active. Don't worry, just modify what others are doing.

We've told you in the past how zoos across the country are offering virtual visits. Why not build your own zoo at home...using stuffed animals? A family in Wisconsin did, decked out with little exhibits in their yard, with little information cards to go next to each animal.

If you want to spread some joy on a Monday, why not put some positive messages into the world, like one mystery artist in Virginia? People in Leesburg are finding painted rocks downtown, all with positive messages on them. It doesn't need to be rocks, or paint, but that sort of positivity can make someone's day, and bring a smile to their faces.

Also, the South By Southwest film festival in Austin, Texas is going digital.

Starting April 27 and going to May 6, festival organizers are making all films available for one time on Amazon Prime, regardless of whether you have an Amazon Prime membership account. Thirty-nine films -- documentaries, narratives, and short films -- are expected to debut.

RELATED: Things To Do: Become an I-Naturalist or learn to code

RELATED: Things To Do: Take a 'MasterClass' from world experts and let a Disney character say 'goodnight'