We went to the President and CEO of a Rockville-based wealth management firm to get you answers. 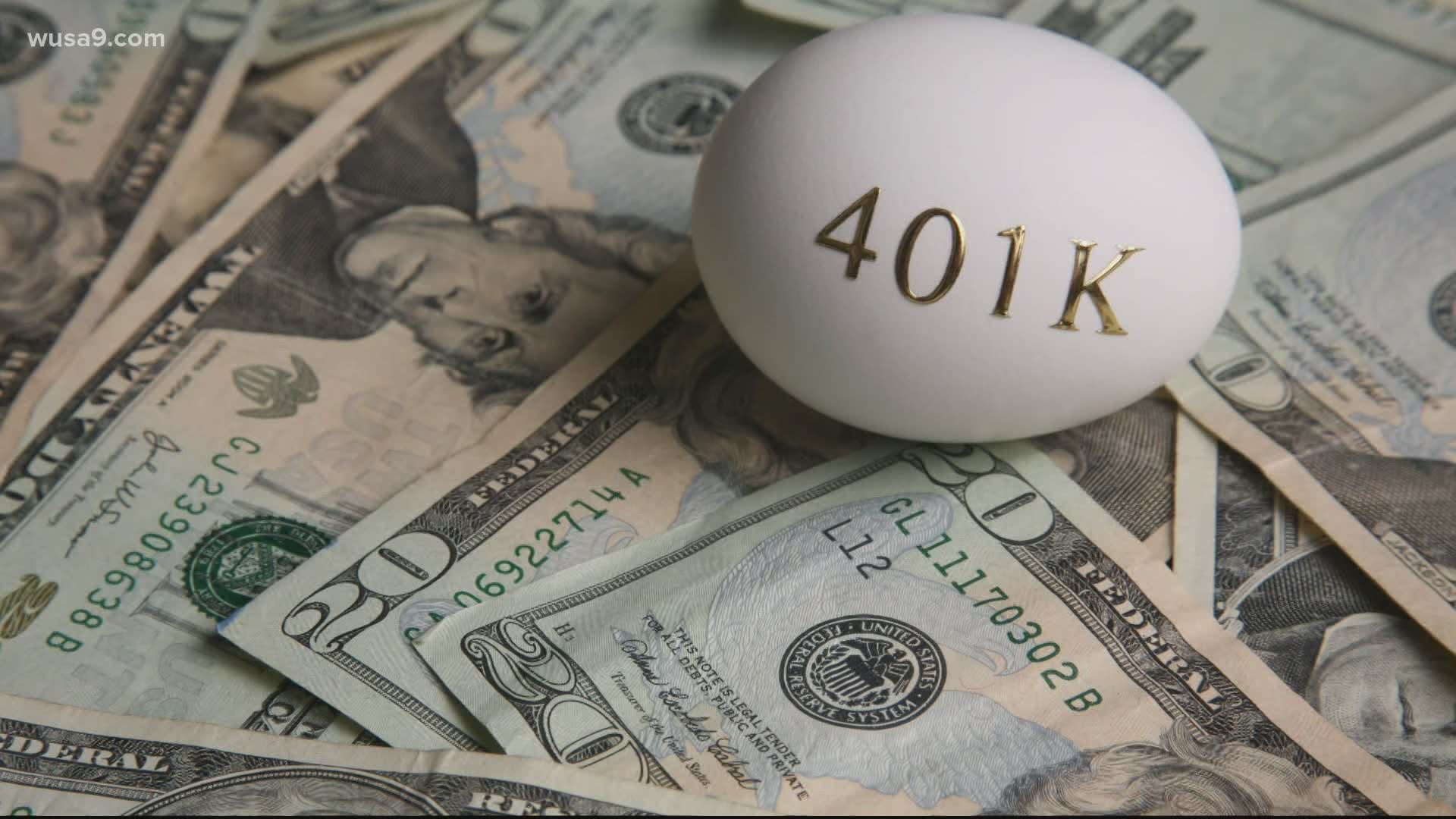 WASHINGTON — President Joe Biden has signed into law a $1.9 trillion COVID relief plan which includes $1,400 stimulus checks for many Americans. Congress gave final approval on the “American Rescue Plan” on Wednesday, before it was signed by the president on Thursday.

The White House said some people could begin to see these direct payments hit their accounts as early as this weekend. Now that the third stimulus check is on its way to Americans’ bank accounts, we’re taking on your questions.

Q: One viewer texted us and asked — if she withdrew from her 401k plan and that put her income over the maximum income threshold in 2020, does that make her ineligible for a stimulus check?

We went to the President and CEO of a Rockville-based wealth management firm for the answer.

A: Unfortunately, the answer would likely be yes. A withdrawal that boosted your income past those thresholds would make you ineligible.

Q: In tough financial times like we’ve experienced in the pandemic, is it a bad idea to withdraw from your 401k?

A: “I think the worst-case scenario is if you had to take money to pay rent or to buy food over the last year —  probably for a lot of people, it might mean, at worst, having to work an extra year to make up this contribution," Kendall said. “This crisis can be managed, I think we all need to keep it in perspective.”

Withdrawing from your 401k isn’t the end of the world —but Kendall does say to look at other options first, like taking out a personal loan, a home equity line of credit or even borrowing from friends or family.